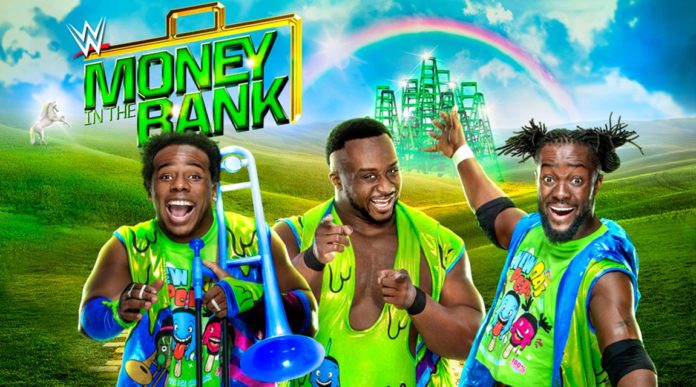 The WWE SmackDown brand is back with another big event where many superstars will compete for the Money in the Bank briefcase, which gives them a title opportunity at any time. Two Money in the Bank ladder matches are scheduled for the event but there are three other title matches to watch. Here is everything you need to know about WWE Money in the Bank:

Kickoff Show – The Hype Bros vs. Primo and Epico

Last year, The Hype Bros won a match to become the number one contenders for the WWE SmackDown Tag Team championships. But during the match, Zack Ryder suffered an injury that left him out of the ring for seven months. Rawley had an impressive run while Ryder was recovering but after a loss to WWE Champion Jinder Mahal, he was asked what was next. Ryder then made a surprise appearance to bring back the team, which will now face Primo and Epico in the kickoff show for WWE Money in the Bank.

This appears to be one of the most interesting matches of WWE Money in the Bank as many fans haven’t seen Lana in the ring. Lana has attacked Naomi in recent weeks and will be competing for the WWE SmackDown Women’s Championship at the event. The decision was a little surprising as Lana recently joined the roster. She had previously asked for a spot in the women’s ladder match but will have a bigger opportunity at the event when she faces Naomi. A win from Lana here would be a great start in the roster but Naomi is currently a two time women’s champion and has proven that she is one of the toughest opponents in SmackDown. 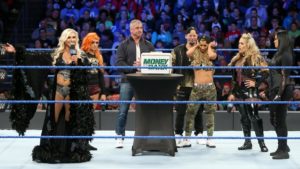 Five superstars will be competing in the first ever women’s Money in the Bank ladder match. The winner will receive a contract for a WWE SmackDown Women’s Championship match. Charlotte, Becky Lynch, Tamina, Carmella and Natalya will all be competing in this match. Charlotte has a good record in big events but this match is difficult to predict as two more competitors have been champions before.

WWE Money in the Bank will feature not one but two ladder matches. Dolph Ziggler, Shinsuke Nakamura, Kevin Owens, Baron Corbin, Sami Zayn and AJ Styles will be competing in the match. The match was first announced with five superstars but WWE United States Champion Kevin Owens asked to be added to the match. Shane agreed with the idea and added Owens to the match. Mojo Rawley was also given the chance to compete for a spot in the match if he defeated WWE Champion Jinder Mahal but that did not happen. Like the women’s ladder match, this one is difficult to predict as all superstars have done well in recent weeks.

The last winner of the match was Dean Ambrose back in 2016. The win wasn’t the only surprise of the night as he later used his briefcase to defeat Seth Rollins and win the WWE World Heavyweight Championship. It was the first time that the briefcase was won and cashed in on the same night.

Jinder Mahal had one of the most surprising victories when he defeated Randy Orton for the WWE Championship. Since then, Mahal has celebrated his big win and defeated Mojo Rawley. Randy Orton could become a fourteen time champion but it won’t be easy as Mahal will be with The Singh Brothers, who actually helped him win the WWE Championship at Backlash.

WWE Money in the Bank starts with the kickoff show at 7 p.m. ET.