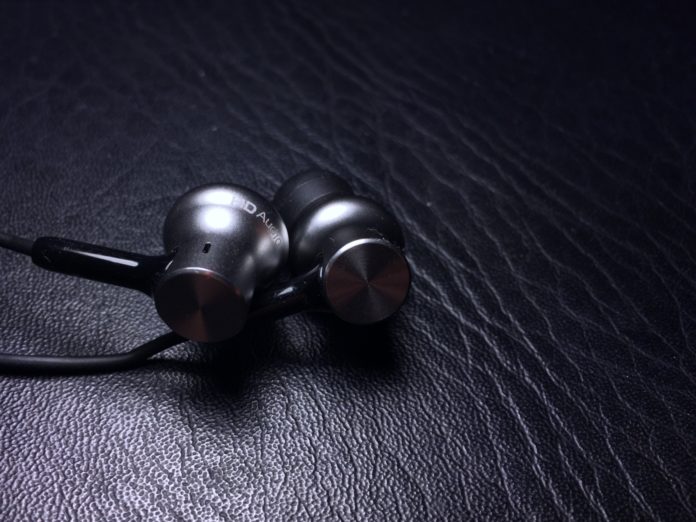 If you’ve read my other reviews, you’ll know I’ve listened to all manner of earphones, from Apple EarPods to the RHA t20i’s. I often review earphones with a price tag of over $100, but yesterday I received the Xiaomi HD Pros, and I feel it’s my duty to write a review for this brilliant $23 earphone. Alright, what are the Xiaomi HD Pros? What even is Xiaomi? Xiaomi is a technology company, known by many to be the “Apple of China”. They sell beautiful tech for a fraction of the cost of a similar item from Apple. For example, their “Xiaomi Notebook Air 12.5”” sells for around $800 USD, whereas the lowest end Macbook 12” is $1199.

If you know a little about Chi-Fi (Chinese HiFi), you may remember the Xiaomi Piston line, the bang-for-buck metal earphones Xiaomi sold. They’ve now done away with the “Piston” name, and the Xiaomi Hybrids have been replaced with the Xiaomi HD Pro. Compared to the original Piston line, the HD Pro carries quite a steep price, at $40 USD RRP. However, the bang-for-buck ratio is still astounding, and I’d say they’re better than any $40 earphone you could find at BestBuy. Also, there’s currently a flash sale on these earphones for just $22.99, which is a frankly ridiculous price for such an amazing earphone.

Packaging – What’s In the Box? 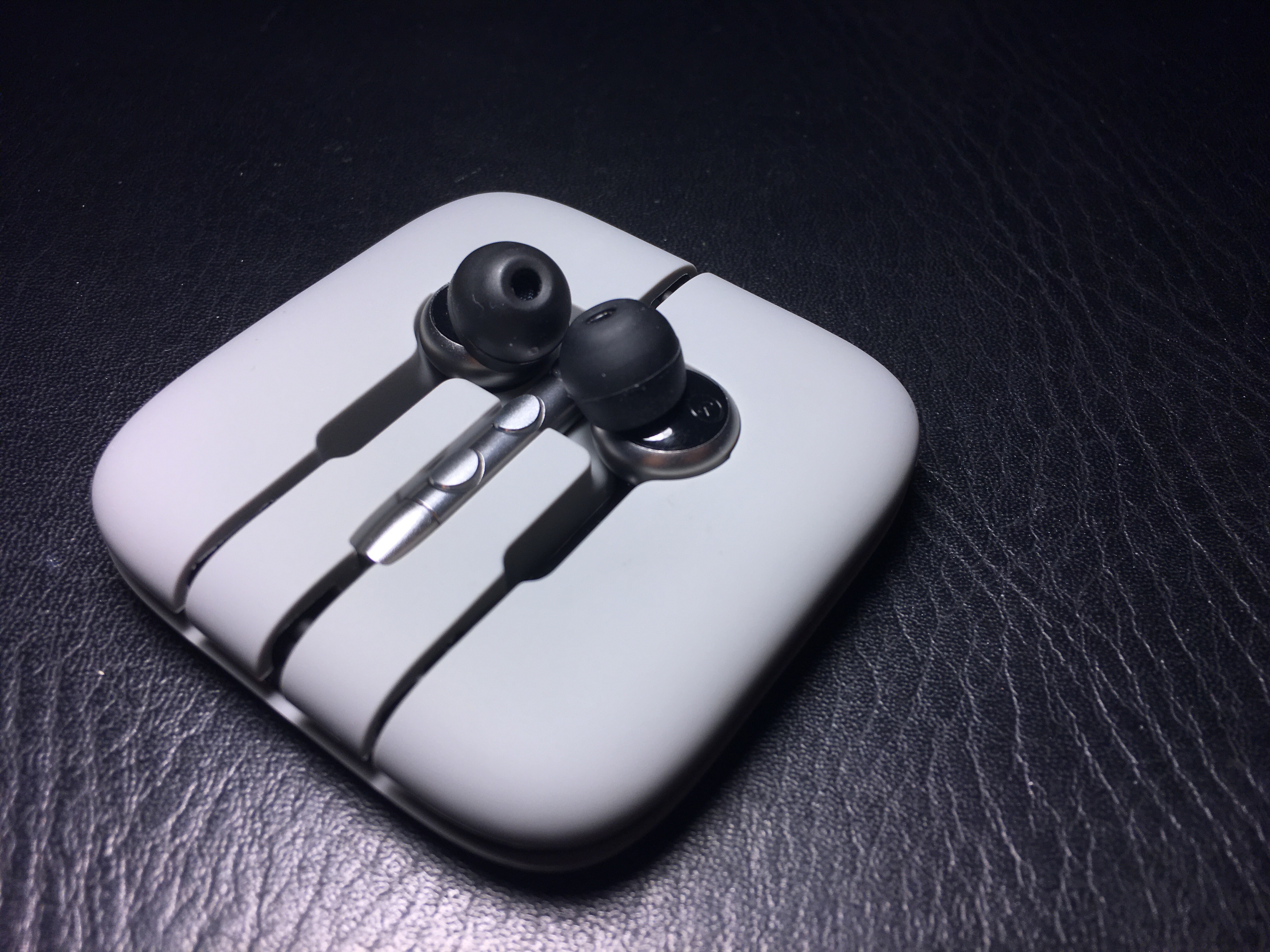 The box design is very Apple-esque. It’s made of matte card, and it’s very neat. All six sides are white, with writing on one side, the Mi Logo printed on either side of the box, with a picture of the earphones at the front. Sliding the cover off, you’re greeted with the earphones in its jewel case on the top, and a white compartment below it, which holds the carry-bag for the earphones. The jewel case is a welcome re-addition to the package, as it was omitted from the previous generation, the Xiaomi Hybrids, in order to save costs. Inside the jewel case, the earphones are wrapped around a nifty silicone holder.

Underneath that, is extra XS, S, and L ear tips, in addition to the M ones already on the earphones. For $23, that’s an extraordinary amount of accessories. Although they offer four total sets of ear-tips, none of them fit me that well, and as with any sub $100 earphone, I’d recommend investing in a set of decent quality ear-tips. Personally, I find the Sony Hybrid tips to work the best. You can find knock-offs on eBay for around $2 for a pack of three sizes.

The Xiaomi HD Pros house an impressive three drivers within the relatively small enclosure. They utilise two ported dynamic drivers for the bass and mids and one balanced armature for highs. Most mainstream earphones only have one driver, up until around the $150 range. At $23, it’s an impressive feat to have so many drivers in one earphone. However, with three drivers, there are two crossovers that Xiaomi has to get right, in order for the frequency response to stay relatively flat. The driver setup is a bit unorthodox, opting for the 2DD+1BA setup, instead of the more familiar 1DD+2BA setup. With this ratio of DD/BA, you’d expect boomy and muddled bass, with nuanced highs. This isn’t the case, and I can happily report there isn’t much bass bloat. The Xiaomi HD Pros also feature an inline remote and mic, though if you’re using iOS, the volume up and down buttons don’t work. The mic is ok, but it’s nothing to write home about.

The Xiaomi HD Pros are gorgeous. They’re an all-aluminium build, with a radial pattern on the back of the earphones. They loosely resemble the Hifiman Re400’s, which I think is a good thing, as they also look pretty darned good. It’s nice to see that even at $40/$23, these earphones don’t comprise in build quality. The nozzles are angled at 45°, to allow for easier inserting. While many may find this feature useful, I prefer to have a straight nozzle so that I can jam it further into my ear canal. They’re also quite a lot shorter than the nozzles found in the previous generations of Xiaomi’s earphones, so it’s a shallower fit.

The remote and mic design has been completely changed since the previous generation, and I can say they’re a lot easier to use than previously. Now there are three spaced out buttons for volume down, play/pause, and volume up, whereas previously it was a single bar with three buttons. This means that it’s much easier to find the right button by feel.

My favorite design change since the last generation has got to be the omission of a kevlar braided cable. That’s right, I hated the kevlar braided cable. I had the Xiaomi Hybrids, and if left for a long enough time in one position, the kevlar seemed to “remember” where it was, and then coil up. Not good. Now, they’re just a rubber cable, which slightly adds to microphonics, but looks nicer, and is less prone to kinking. The 3.5mm plug is okay, but it’d be awesome if Xiaomi were to put an L shaped jack, to make it easier to use with a computer.

As previously mentioned, the stock tips that come with the Xiaomi Pro HDs are less than ideal, especially for me. They consistently fell out while walking, which is never a good thing, and they provided lacklustre isolation. With my Sony Hybrid tips, things are slightly better, but the ported design of the dynamic drivers means that the isolation will never be amazing. Comfort is leagues above that of the Xiaomi Hybrids, with the bulge cleverly contoured, instead of forced up. This makes for a much more comfortable earphone overall, and even after extended listening sessions, I didn’t feel any discomfort.

The fit is much shallower than I’m used to, but I got used to it after a while. If there’s one thing I’d like to see on the next version, it’d have to be wingtips. I’ve used wingtips on Jaybird Freedoms and Beats Tour 2.0’s, and with them, I’ve found I’ve never had to re-adjust my earphones. Without them, the Xiaomi HD Pros are not a viable option for running or activity.

The bass is still rich, but it’s not as bloated as it had been with the previous generation of Xiaomi earphones, and the treble is bright and clear. Yes, the mids are still subdued, but it’s far less noticeable than it was on the Xiaomi Hybrids. Because of the subdued mids, these earphones can sound a little hollow, but you’ll get used to it very quickly, as it isn’t that bad. The mids are pretty much the only thing about these earphones that could be improved, but at $23, can you really complain? For $23, you can’t even buy the Apple EarPods, and those are awful.

The overall soundstage of these earphones is better than most, providing more spacious sound than my favorite Jaybird Freedoms. I’d suspect that it’s because of the dual dynamic drivers, and the open design. I should also mention that these earphones are very loud, so I’d exercise caution when changing the volume. Overall, the sound of these earphones is very good, with detailed highs, and rich lows. They lack a little in the middle, but that’s to be expected with most budget earphones.

Due to the ported design and terrible stock ear-tips, these don’t provide the best isolation. I was able to hear everything people were saying around me, even with music on, but they’re better than the isolation of the Apple EarPods. Microphonics are worse than the previous generation, due to the lack of a braided kevlar cable, but they’re generally not too annoying as long as you tuck them under your shirt. Isolation and Microphonics are clearly not the strong points of these earphones, so if you need supreme isolation, these aren’t for you.

Where do I start? These are hands down the best bang-for-buck earphones I’ve ever had the honour of hearing. At a ridiculous $22.99 from GearBest, I don’t know why anyone wouldn’t buy them. Two of my friends have already purchased them, and they love them. These are a serious step up from the previous generation of Xiaomi earphones, and I hope that competitors pick up the challenge to further push the boundaries of the price-to-performance ratio. At $22.99, these are about the same price as the previous generation, just much much better. In addition to being better, there’s also far more accessories, so it’s no-brainer if you were considering the older Xiaomi Hybrids

The Xiaomi HD Pros are the best earphones I’ve tried under $100, and better than many earphones I’ve tried at $150. They’re good enough to be your only source for portable audio, as long as you’re not an audiophile, and I’d recommend anybody who needs a new pair of budget earphones to get these. As long as you’re not a basshead, you’ll really like these earphones. They look good, they sound great, and they’re easy on your wallet.