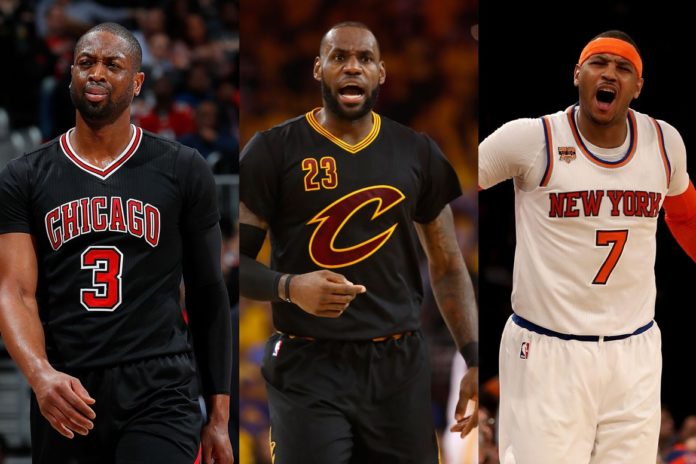 The Golden State Warriors looked almost unstoppable during the NBA regular season and playoffs. The signing of Kevin Durant has turned them into a super team that could be around for years. It’s been a good 24 hours for the team, with Curry, West, Iguodala and Livingston getting new deals. Kevin Durant will also be re-signing with the team soon, so they could be together for many more years. The Warriors dominance in the last three years has convinced some teams to make moves. The Houston Rockets and Oklahoma City Thunder have shocked everyone by making big trades but it could get a lot more interesting soon. Here are some of the super teams that could form in the next few months or years to battle the Warriors:

The Houston Rockets have made one of the biggest moves so far by trading for Chris Paul. The star point guard will make the team a lot better but many believe they still need another star to have the chance to get past the Warriors. Shortly after the Rockets made the trade for Chris Paul, it was rumored that the team was interested in Paul George, who has one year left on his contract. George was traded to the Thunder yesterday but will be a free agent after next season, which means he could decide to join another team. It’s been rumored that George wants to sign with the Los Angeles Lakers but who knows, maybe having Harden and Paul on his team could make him change his mind.

The Cleveland Cavaliers are a really good team and still look like favorites to win the Eastern Conference. But rumors about a new addition have continued to surface since the NBA Finals loss a few weeks ago. George and Butler were the first stars rumored to be joining the Cavs but that changed after they were traded to other teams. With those two stars now on new teams, it’s rumored that they could sign Carmelo Anthony, who according to a recent report would accept a buyout to join the Cavaliers. The addition of Dwyane Wade is also another possibility as the Chicago Bulls have recently traded Butler and waived Rajon Rondo. Wade picked up his contract option for next season but the Bulls rebuild plan could lead to a buyout. 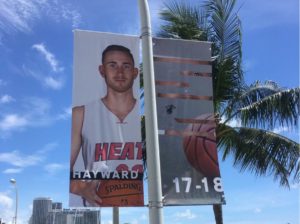 Whiteside has turned out to be a really good player for the Miami Heat and he will remain with the team for many more years as he signed a new contract last season. The Miami Heat are known for making big moves in free agency and they recently met with Gordon Hayward, who will meet with the Boston Celtics later today. Before the Paul George trade to OKC, it was rumored that the Miami Heat would make a move to have him on the team for at least one season. The Miami Heat will probably have that chance again if George decides to leave the Thunder next season.

A few days ago, several sports sites reported that Paul George had reached out to Klay Thompson about playing together with the Los Angeles Lakers. Thompson recently denied the rumors but the Lakers seem to be the team of the future as they have recently been mentioned in the many moves that could happen in the next few years. LeBron James has also been mentioned in many of the Lakers rumors, so these three stars plus Lonzo Ball could make them a really good team in the future. 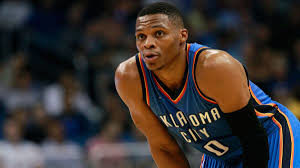 LeBron James can become a free agent in 2018 and the Los Angeles Lakers and Clippers have been mentioned as some of the teams he might consider. A report has also said his wife wants to live in Los Angeles. The LA Clippers recently traded Chris Paul, so a move to the Lakers now makes more sense for James, who could bring other free agents when he joins. Paul George, who was recently traded to the Thunder, could be one of the stars who joins the Lakers if he decides to leave in free agency after next season. Russell Westbrook, who can also become a free agent after next season, might also consider going home and joining the Lakers. George and Westbrook will play for the OKC Thunder next season but it’s already being rumored that the two might think about moving to LA.

What do you think about the recent moves in the NBA? Which stars would you like to see on your team? Let us know in the comments.