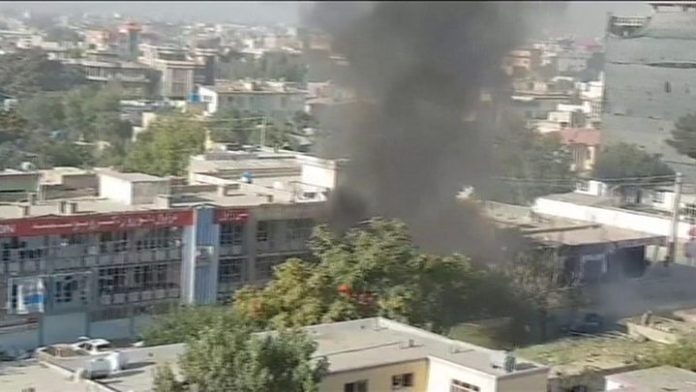 A car bombing has left 31 dead and many more injured in Kabul. The explosion happened at around 6:40 a.m., according to the Interior Ministry spokesman. The spokesman revealed that a Toyota Corolla was used for the attack.

The Taliban have claimed responsibility for the attack, which comes days after local media reported that the group had captured two districts in central and northern Afghanistan. The Taliban spokesman released a statement saying the attack was against a bus carrying intelligence staff.  The Interior Ministry spokesman said all the victims were civilians. He also revealed that children were injured by the explosion.

The first reports said that 29 people lost their lives in the attack. But other reports now say the death toll is 31. An official of Kabul hospitals said at least 40 people were injured by the attack. Some of the people injured were transported to hospitals by other civilians that were nearby. One witness spoke to CNN and said that he saw people injured in the streets. He says he was sleeping when he heard a loud boom.

Officials condemned the attack, including Afghanistan’s Chief Executive Abdullah Abdullah, who said in a tweet that he strongly condemned the terrorist attack in Kabul. President Ashraf Ghani also said in a statement released by his office that the enemy of Afghanistan can’t face their forces in battle field so they go against innocent civilians.

According to recent numbers by the UN, more than 1,600 civilians were killed in Afghanistan in the first six months of the year. The attack comes less than a week after US President Donald Trump met with defense officials to discuss troops and the fight against terrorist groups. Mr. Trump reportedly remains unconvinced about sending more troops to the country. Last month, an official confirmed that 4,000 additional forces would be sent to Afghanistan.