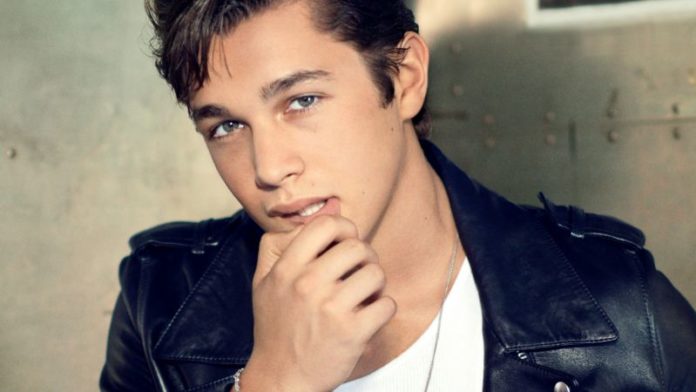 Austin Mahone is really young, but he has also made a significant impression on the music industry as a whole. He began as a kid singing songs on YouTube, which is becoming an increasingly popular origin story among these young musical artists. He has already developed a large, very dedicated fan base, especially among younger girls. He’s basically a teen heartthrob. Considering how many fans he has, I guess it isn’t much of a surprise that Austin Mahone has a large following on social media. He’s also known to occasionally engage with his fans across social platforms like Facebook, Snapchat, and more. 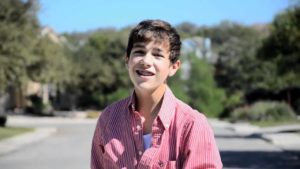 Austin Mahone was born in April of 1996 in San Antonia, Texas. His father died when he was very young, and so he was raised for most of his life by his mother. He had some more non-traditional schooling. He attended Lady Bird Johnson High School for a little while, but he ended up leaving to be homeschooled. Austin’s career probably began in 2010, when he started posting videos of himself and his music on his YouTube channel. During this time, musical covers on Youtube were becoming increasingly popular. With these videos, Mahone began to slowly accumulate a dedicated fan base. He really blew up in around 2011, when he posted a video where he covered the Justin Bieber Christmas song “Mistletoe”. Due to his success on YouTube, Austin was able to independently release his first single in 2012.

The single “11:11” released on iTunes, and just a little while later he was able to release Extended Play, his debut EP. The EP itself released only in Japan, but the single “Say Somethin” off of the EP was released internationally and it did pretty well for itself in thee United States. By August of this year, Austin had been signed to Universal Republic Records. 2012 was a very busy year for Mahone, and he suddenly found himself involved with a lot of different fashion brand. During this year, he released the single “Say You’re Just a Friend”, which featured Flo Rida. Needless to say, within just a couple of years, thanks to his talent and his charm, Austin Mahone had gone from being a kid who made YouTube videos to being someone with a genuine claim to fame. 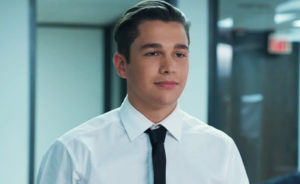 Fast forward to today, and Austin Mahone is still very much a presence in the music industry, and in pop culture in general. In 2016, he released two singles: “Send It” and “Way Up”. “Send It” featured Rich Homie Quan. In December, he released some new content, which his fans went wild for. Shortly after Christmas, he released his second mixtape ForMe+You. Very shortly after the release of this mixtape, Austin was in the international spotlight when he performed the song “Lady” (which features Pitbull) during Pit Bull’s New Year’s Revolution on New Year’s Eve. During early 2017, he was able to perform at two different Dolce & Gabbana fashion shows and showcase some of his new work. Mahone also traveled with Pitbull a little bit during the Pitbull After Dark Cruise tour.

In March of 2017, he performed the song “Dirty Work” at POPSPRING Japan. “Dirty Work” was a new single, and it did extraordinarily well in the charts. Just a couple of months ago, Austin kicked off his latest tour, A Tour For Me + You. The tour went from the end of May to the end of June, and it had him going all around the country. In April of this year, he released “Creatures of the Night”, which also did pretty well in the charts. Despite all of the success that Austin has had during his career, you may be surprised to hear that he has never actually released a full-length studio album. However, Austin has been in the studio recently, and he plans on addressing that very soon. An album has been in the works for a long time, and it’s only a matter of time before it releases to the public. 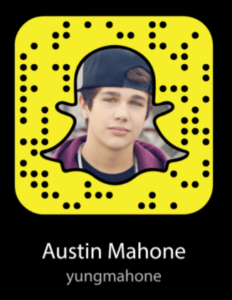 If you want to add Austin Mahone’s Snapchat account, then you have a few different options. First of all, you can just add him by searching for him under the username yungmahone. You also have the option of scanning his Snapcode (which I’ve included above) using the Snapchat app. Aside from that, you can also add Austin Mahone on Snapchat by clicking the link here.

Facebook is probably the most popular social networking platform in the entire world, so I don’t think it should come as a surprise to you that Austin Mahone has a verified account with them. You can find Mahone’s official, verified Facebook page by looking him up under @AustinMahone. You can also navigate directly to his page by clicking the link here.

If you were impressed by the fact that Austin has almost 10 million followers on Twitter, you should be even more impressed by the fact that he has over 10 million followers on Instagram. You can find Austin Mahone on Instagram under the username @austinmahone. Alternatively, you can take a look at his account by clicking the link here.

Although Kik is a super popular messaging app, Austin Mahone doesn’t seem to have an account with them. If he does have one, then he hasn’t really shared the account details with any of his fans. So with that said, if you’ve met someone on Kik who is claiming to be Austin Mahone, I would be skeptical if I were you. You’re probably being misled.