Even though Brody Jenner may not be as famous as his Kardashian step-siblings, he was still on TV first. He first appeared on the reality series The Princes of Malibu but is better known for his supporting stint on The Hills as Lauren Conrad’s love interest.

How Brody Jenner Got Famous

Brody was born on August 21st, 1983 in Los Angeles, California. His parents are decathlon winner Caitlyn (then Bruce) Jenner and actress Linda Thompson. He has half siblings and step-siblings due to Caitlyn’s many marriages. Most famous of them all are, of course, the Kardashian sisters, and his half sisters Kendall and Khloe Jenner. His mother, Linda, also remarried, which lead to Linda, her new husband David Foster, Brody, his older brother Brandon, and family friend Spencer Pratt starring in the reality series Princes of Malibu.

Although the show did not outlast Linda and David’s divorce, Brody Jenner soon appeared in another reality show – The Hills. That led to other shows, such as Bromance, and Keeping Up With the Kardashians. Brody also did some modeling at this point for Cosmogirl, Agent Provocateur, and Guess. He was nominated for 3 Teen Choice Awards for Choice TV Male Reality/Variety Star but did not end up winning any accolades.  Jenner took a break from his career during his relationship with Avril Lavigne, since she did not approve of the reality tv gig.

Most recently, Brody had a short-lived sex advice series on E called Sex With Brody. It started and ended in 2015, only lasting 4 episodes. It seems to be cut short due to the untimely death of its co-host, Stevie Ryan. The critical reviews were poor, with many critics calling it misogynistic and unfunny. It seems like Brody has been taking it easy when it comes to his TV career, but he hasn’t been completely unemployed. Jenner is getting into DJ work, and promoting the fishing gear company The Mad Huey’s. He was also recently on Irv Gotti’s show on BET called Tales in which Brody gets hanged from a tree as part of the show’s poignant statement on race relations.

As the former host of E’s advice podcast Sex With Brody, the 32-year-old obviously has some experience under his belt. In 2005, Brody dated Kristin Cavallari, the star of Laguna Beach: The Real Orange County. The two were on and off for awhile before breaking it off for good in the summer of 2006. He moved on to dated Nicole Richie almost immediately, and she was also rebounding from a failed relationship with the now deceased DJ AM. That double rebound only lasted for 3 months. Around this time, Brody seemed to be dating his costar on the Hills, Laura Conrad.  The two later came out with the truth – they were faking it all for the show.

His next serious girlfriend was pop punk princess, Avril Lavigne.  They dated from 2010 to the beginning of 2012 and even got tattoos of each other’s names. Sadly, it was not meant to last. Before finding “the one”, Brody dated not one, not two, but three different Playboy models. He definitely sowed all his wild oats before settling down with his current fiance, Kaitlynn Carter, who is a fashion blogger. 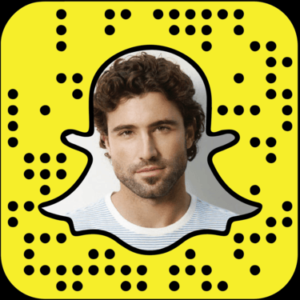 It doesn’t appear like Brody Jenner has a public Facebook profile, but you can follow his official page by clicking here. The DJ has just over 200,000 followers on the popular social media platform. There, you can get updates of where Brody will be appearing next to light up the dance floor. He also occasionally posts candid photos, such as a recent photo of the LA skyline from a plane, or a handsome pic of Brody hiking and looking like a rugged mountain man.


Brody Jenner is on Twitter using the handle BrodyJenner. He joined in the spring of 2009, and he has amassed over 2.2 million followers on the micro-blogging platform. Always in 140 characters or less, Brody informs his fans of his next DJ appearances. He posts more on twitter than he does on Facebook, including photos of his performances. Brody Jenner also uses his Twitter account for good, posting or retweeting crowdfunding links for families in need of help covering medical expenses. Click here to follow Brody on Twitter, so you don’t miss an update.


Brody Jenner uses his Instagram account less for self-promotion purposes and more for a photo journal of his life as a public figure. He treats his 3 million plus followers to pics of beautiful sunsets, bowling outings, DJ events, and surfing shots in Indonesia. Brody always takes the time to shout out and credit people he is working with, such as the photographer behind his Indonesia pics. Click here to follow Brody on Instagram.


It does not look like Brody Jenner has a Kik messenger username, or at least not a public one.

While Brody Jenner does not have a YouTube channel for his own content, you can still find content featuring Brody by searching by his name on the video sharing site. There are many interviews of him speaking about his experience growing up with the trans woman who fathered him, Caitlyn Jenner, and what it’s like having his own career in the shadow of the Kardashian sisters.