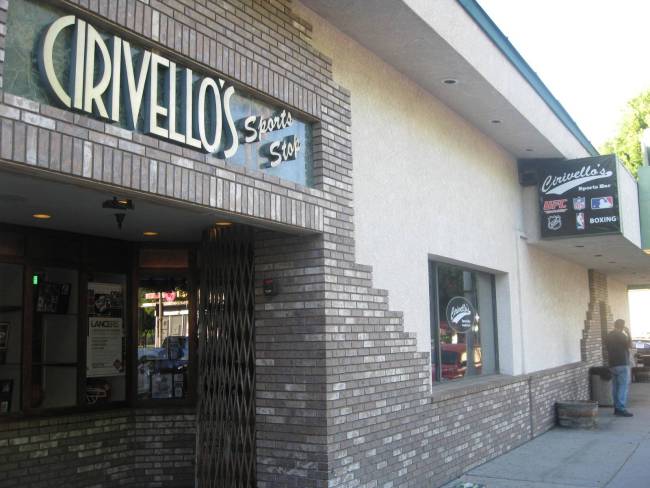 In 2015, the bar at Long Beach Staple Cirivello’s went up for sale, and local entrepreneur Danny Harris saw his opportunity to own the local hangout. The bar had been part of the community for around 32 years, and people loved to come listen to live bands on the weekends and watch sporting events. Danny was not able to purchase it all on his own, so he had three investors come in with him; Justin Allen, Val Allen, and Marcus Rosenthal all invested $50,000 each. Together, the three of them owned 60% of the bar. Danny Harris invested the remaining $111,000 for a total of $261,000 to buy the bar. They invested because they loved Danny and wanted to invest in something where they could get a little bit of each month.

Danny and Justin met each other in another joint business venture, and they felt comfortable investing since he proved himself worthy. With Danny at the helm as general manager, the bar reopened for business in February 2015. His thoughts and dreams were that they were going to come back and tear the scene up, but unfortunately, it hasn’t worked that way. Previous owners had let the standards at the bar deteriorate, and getting customers back in the door was easier said than done. The people just didn’t care about the food, and pouring drinks was completely off. When they took it over from the previous owners, they had to replace electric wire and pipes. There is even an extremely long bar pipe – 137 feet. They have to go through five pitchers of foam before they can pour beer.

As a first-time bar manager, Danny lacked the skills to get the business back in track. They are losing between $12,000 and $15,000 a month. They are about $375,000 in debt, and even investor Justin admits that they came in from an investment perspective, not a perspective on how to fix a sinking ship. Now, Cirivello’s is four months from closing its doors for good, and tensions between investors are now rising. In four months, Justin’s parents are kind of screwed without money. Everything Danny does is to try to protect the bar, but the investors admit that the place is disintegrating in front of their eyes. Now desperate for help to keep the bar afloat, Danny has agreed to reach out to Bar Rescue and Jon Taffer for help.

Outside of Cirivello’s Bar, Jon pulls up with in his car containing two experts. They are in Long Beach, California, about 30 miles south of Los Angeles. The median household income is about $85,000, which means there is a lot of income. Kitchen expert Brendan Collins says that the bar looks more like a banquet hall than a bar, and bar expert Lisamarie Joyce says that it looks bland and uninspired. The bar originally opened 35 years ago but because the previous owners had such terrible food and drink standards, they drove out the community before it was bought by Danny.

Inside the bar, Danny sits joking with some friends. Jon explains that Danny brought in three investors, the bar is losing $15,000 a month, and they are $375,000 in the hole. In the bar, Justin and his mom, as well as Marcus, sit at the bar. All four of them are as good as broke. Jon then says that his wife, Nicole, and a friend of theirs, Ashley, will perform as the recon spies. Between Nicole and Ashley, they will definitely get the scoop. The two women enter the 10,000 square foot building housing a successful restaurant on one side, and the failing Cirivello’s on the other, which is only accessible by the restaurant.

Nicole and Ashley enter the front side, which has about 20 to 22 people in it. When the room is opened up, however, it is a dead zone. The upstairs seating area is dead and the furniture sucks, Jon says. Nicole orders an Old Fashioned, and Ashley orders a Whiskey Sour. Jon then calls in to buzz his wife, making sure the comms system is working properly. Lisamarie points out that the old fashioned has a full orange in it. The whiskey sour is completely clear, but it should be cloudy with more lemon juice. The drinks are both terrible, and Nicole asks the other bartender to make the same drinks. 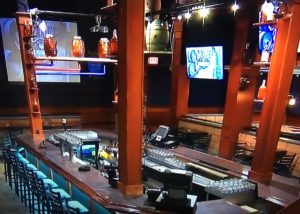 Over to the side, the investors point out that the two spies just look displeased. Lisamarie then points out that bartender Breanne is mixing the drinks with a straw. The other bartender made the same drinks and they look completely different. Then, one of the investors points out that Jon Taffer’s wife is here and Danny immediately heads over to them. Jon instructs Nicole to introduce herself as Nicole Taffer. Nicole explains that she wants to give them a chance to make up for the drinks, so she orders one of everything on the menu.

Normally, the bar does not know who their recon spies are, so this should be them at their best. In the back, cook Sean looks exasperated. The cook just got an order for 20 food items, and the owner walked out, letting him fend for himself. Brendan says that the owner could be sitting at the other side of the window, serving as a conductor of sorts. The food starts to come out, but in the back, Danny argues with Marcus about the beer lines. The beer lines run about 150 feet, as after 120 feet, the glycol inside the beer gets warm and it can’t possibly be cooled.

The food is all greasy and sloppy. The pizza oven is being used for everything, and all the food is cooking too hot. The food is being defrosted, but water is being slopped around in the kitchen with food product all over it. Danny doesn’t even appear to be happy with the way the food looks, so why is he bringing it out? Jon then hints at the idea of a hostile takeover, which has happened before with O’Banions bar and grill. There is a flood in the kitchen caused by the cook letting the sink running. The bar completely fell apart, so Jon exits the vehicle and storms into Cirivello’s Bar to begin to set things right. 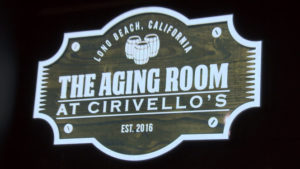 Cirivello’s Bar Now in 2018- The After ‘Bar Rescue’ Update

Since the appearance on Bar Rescue, Cirivello’s Bar was renamed to Aging Room at Cirivello’s. Unfortunately, this was not enough to keep the bar afloat, as just recently in June of 2017, the bar has closed down. Jon Taffer’s makeover saw the bar’s interior become completed, but this was not enough to persuade the audience to give the bar another try. While a few of the reviews were in a positive light, many of the reviews were horrible, citing the lackadaisical bartenders or the long waits on drink orders. Prior to the Bar Rescue, Cirivello’s had about a 2.2 star rating across 18 different reviews on Yelp, and a less-than-stellar 1.5 star review across 9 reviews on Facebook.

The Bar Rescue episode filmed in February 2016 and aired later that year. It was confirmed that Cirivello’s Bar was actually named and registered as Cirivello’s Sports Stop. Due to the appearance of Bar Rescue at the bar, the bar became more popular again, but quickly dwindled out as they could not keep up with the rising expectation. Humorously enough, their domain registration expired long before the Bar Rescue episode was ever filmed. According to owner Danny’s facebook, he also owns a second bar named The Dog House. This bar has also received a lot of negative reviews.