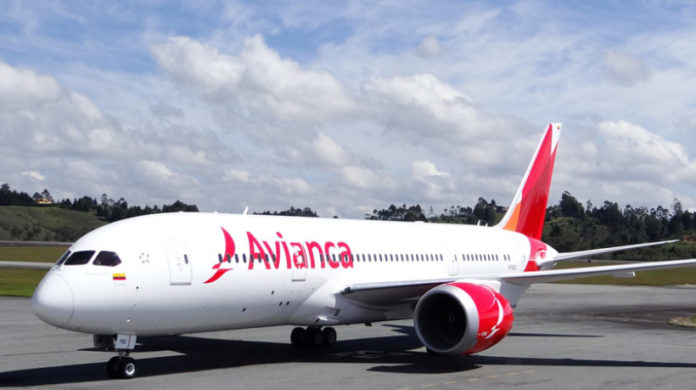 Colombian airline Avianca has decided to suspend its flights from Venezuela due to the security situation. Avianca, which is one of the most popular airlines in South America, is now the second airline in recent months to suspend its flights.  The airline released a statement explaining its decision to suspend the flights to Caracas.

In the statement, the airline says it will suspend flights from August 16. The suspension is for the two daily flights to Caracas from Bogota and its one flight to Caracas from Lima, Peru. Avianca CEO Hernan Rincon said that after more than 60 years of service to Venezuela, the airline regrets having to take this difficult decision. The CEO added that their obligation is to guarantee the safety of the operation.

The announcement comes as the protests continue across Caracas and many other cities. The protests, which began back in April, have left more than 100 people dead and many others injured. On Wednesday, the 48-hour strike called by the opposition started. The strike left streets across the country empty and barricaded. Many businesses said they would close or decided to close when most of its employees couldn’t get to their workplace. On Thursday last week, a 24-hour strike also shut down many parts of the country. The strikes come as the government is preparing for the constituent assembly elections, which are scheduled for Sunday, July 30.

Avianca, which has said will suspend flights from August 16, is the second airline to leave Venezuela in the last two months. In June, Delta Airlines announced that it would stop flying to Venezuela. The airline left the country a few weeks ago after years of service. The number of airlines operating in the country continues to decrease as the situation gets worse. In the last five years, several airlines have also decided to suspend or reduce the number of flights to Venezuela.