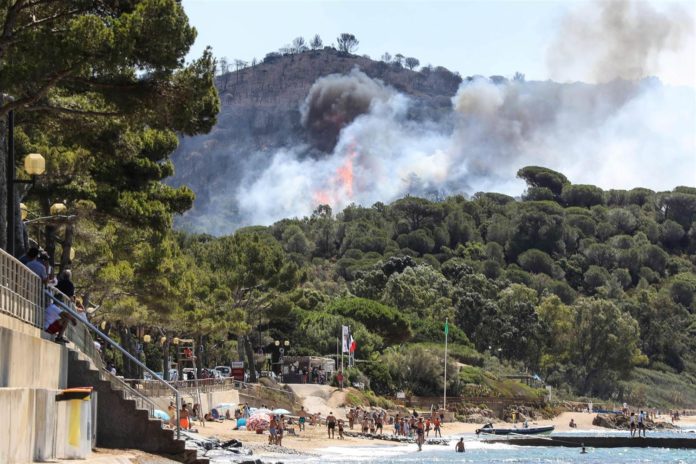 The fires that forced evacuations in many areas of southern France are now mostly under control, according to emergency workers.  On Tuesday, emergency teams evacuated thousands of people as the wildfires continued.  According to one tourist, authorities evacuated them after they were told that the area was not safe. The tourist said thousands left the campsite and stayed on the beach.

In a village near Cote d’Azur, an official for the emergency teams said the fire is not yet under control. The official added that they are winning the fight and that things are going in the right direction. He finished by saying that the new fires are starting and are being caused by gusts of wind.

The strong winds and dry conditions have made the situation worse in the last few days. This has emergency teams watching closely as they think new fires could start throughout the day. More than 10,000 people were evacuated on Tuesday. Many of them stayed in shelters for the night while others decided to stay on the beach. 4,000 firefighters and emergency workers were sent to the area to help with the evacuations and combat the fire. On Wednesday, there were 6,000 firefighters and emergency workers helping with the efforts to stop the flames. Pictures posted on social media showed planes dropping water on the areas burning.

Authorities confirmed yesterday that 12 emergency workers and firefighters had been injured and that 15 police officers had been affected by the smoke. Two days ago, France asked its neighboring countries for help. But other countries such as Portugal are also being affected by the dry conditions and strong winds, which help start and spread fires. On Thursday, wildfires in Portugal forced thousands of people to flee their homes. The fires come a month after wildfires left more than 60 people dead and many others injured.