Ivan Martinez Net Worth 2018 – How Rich is the Social Media Star Now? 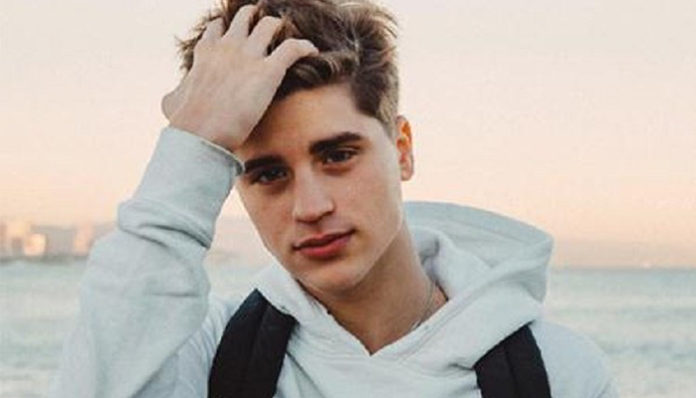 Originally from Spain, Ivan Martinez first made himself known on social media with the creation of his Instagram account in 2015. From there, he began posting a series of selfies onto his page- before long, his content was accumulating hundreds of likes each within the community.

In 2016, Ivan, his twin brother, Emilio, and their friend Ruben, decided to break into the world of Youtube with a collaborative channel. Calling themselves “The Martinez Twins”, it didn’t take long for their videos to gain traction on the site. Within a year’s time, they’ve managed to amass well over 2.6 million subscribers on the web giant.

Since then, Ivan has also gained a considerable following on Twitter, Facebook, and Snapchat. A popular teen idol with his own established fanbase, there’s no doubt that he’s accomplished more than the average 18-year-old. According to sources, Ivan Martinez currently has a net worth of $500,000. Where did he earn this money from? To answer that, we’ll have to take a closer look at his career.

How did Ivan Martinez Make His Money & Wealth? 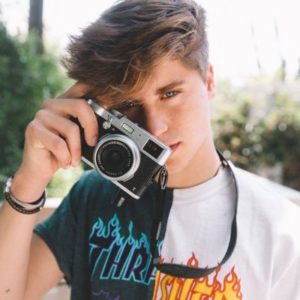 Born on May 10, 1999 in Catalonia, Spain, Ivan Martinez is the twin brother of Emilio Martinez, with whom he shares an incredibly close bond; the two also have a brother named Rebecca Martinez, who is an accomplished tennis player. Unfortunately for us, not much is known about his early life, having said that- it’s assumed that he went to school in his native Spain.

In September 2015, Ivan- who was sixteen at the time, ventured into the world of social media- more specifically, he had created an account on the photo/video sharing app, Instagram. Shortly afterwards, he began uploading content onto his page, in the form of selfies. With his stunning good looks, it didn’t take long for the likes to come pouring in. Before long, his follower count had shot up to the thousands, and then into the tens of thousands.

As of July 2017, Ivan has amassed over 3.2 million fans on Instagram. A social media influencer with that kind of audience, it’s likely that he’s worked with several companies in the past for sponsorships and endorsements (the business email on his profile also hints towards that). While we don’t know for sure how much he’s pocketed from such gigs, brands typically pay content creators a few thousand dollars per campaign. Hugely popular, each of his posts currently receive upwards of 500K likes.

Aside from Instagram, Ivan is also known on Youtube, where he has a collaborative channel called “The Martinez Twins” with his brother Emilio, and close friend, Ruben Beasley (also an Instagram star). Since they first joined the site in January 2016, their subscriber count has gone up to 2.6 million; as far as video views goes, that have since amassed over 117 million hits.

To date, their most popular upload, Walking Up in a Pool!! (Prank), has received more than 6.2 million views (within three month’s time). Some of the other top videos from their channel include We Duct Tape The Team 10 Pool!!, We Kicked Out Tessa Brooks, Reacting to Our New Song: It’s Everyday Bro, and 24H Overnight Challenge in Tessa Brook Room– combined, they have over 18 million views online.

As you probably already know, Youtubers- especially those with an extensive following, are able to earn a hefty amount through Google ads. How much does the website pay its users for displaying ads on their videos? According to sources, the typical pay ranges anywhere from $2 to $5 (in some cases, even more) per 1,000 monetized views, depending on the creator’s audience, content, location, and reach. While this may seem like a trivial amount, it easily adds up when you have millions of views per video.

Seeing as how the Martinez Twins have over 117 million views on Youtube, that would translate to earnings of at least $90,000 (assuming ~40% of their view count is monetized) from their channel. Now who wouldn’t want to earn that kind of money from simply posting videos?

As their presence on Youtube continues to grow, it’s only natural that their view count, and thus, earnings, would also continue to go up. According to Socialblade, their channel has been growing exponentially since January 2017. Currently, they gain anywhere from 20K to 30K+ new subscribers a day- that’s some incredible growth. In terms of video view count, it goes up by one to two million every day; within just seven months (January to July 2017), their total views has gone from 1.25 million to 97 million.

As if his success on Instagram and Youtube wasn’t impressive enough, Ivan also has considerable following on the lip syncing app, Musical.ly. The last time we checked, him and his brother had close to 2 million followers under the name, “Blondtwins”. Their first video to Kat Dahlia’s I Think I’m in Love has since been viewed well over a million times.

Drawing from everything that we’ve discussed above, it’s clear that Ivan Martinez made most of his money through social media- more specifically via Instagram, and Youtube. Given that he continues with his online career, it’s extremely likely for his net worth to rise even further in the near future. Currently, the 18-year-old has an estimated net worth of $500,000.

No, the teen is not married- in fact, from what we know Ivan is currently single. Back in October 2016, he confirmed this in a tweet, which later went on to receive over a thousand likes.

Does Ivan Martinez Have Any Children?

No, the Youtube star does not have any children that we know of.

Did Ivan Martinez Go to College?

Unfortunately, not much is known about his education history- having said that, we do know that he did recently graduated from high school alongside his brother. Will he decide to go to college in the fall? What are his plans for the future? Only tell can tell for now.

After spending much of their youth in their native Spain, Ivan and his twin brother Emilio moved to Los Angeles, USA in their teens. Presumably, the siblings still reside there to this day- although details about their home have not been revealed to the public. We do not have any pictures of Ivan Martinez’s house to share with readers at this time.

What Kind of Car Does Ivan Martinez Drive?

How Much Did Ivan Martinez Earn Last Year?

Details on his 2016 salary are currently unavailable.

In the two years that he’s been involved with social media, Ivan Martinez has amassed a huge following- he currently has over 3.2 million fans on Instagram, 2.6 million subscribers on Youtube, and 1.8 million on Musical.ly.