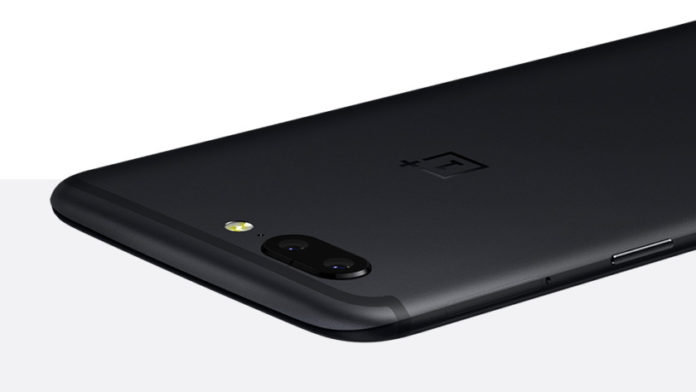 OnePlus has always made phones which pushed the limits of technology in specifications. The OnePlus One had 3GB of RAM when the latest Samsung flagship had 2. The OnePlus 2 had 4 when the best flagships were just catching up to 3. OnePlus has announced their latest flagship, the OnePlus 5. It has a whopping 8GB of RAM attached to it’s monstrous Snapdragon 835 chip. While the 8GB RAM version is a costly $539, the 6GB RAM version is just $459.99 from GearBest.com right now. That’s a full $80 cheaper than the 8GB RAM version, and $20 cheaper than the 6GB RAM version at retail price. The 6GB version of the OnePlus 5 is almost every bit the same beast as the 8GB version, save for 64GB less storage and 2GB less RAM.

The OnePlus 5 is built in the image of the iPhone 7 Plus in almost every single way. From the dual camera setup to the build materials, the OnePlus 5 screams iPhone 7 Plus. That’s not necessarily a bad thing, since the iPhone 7 Plus is an excellent looking phone. In typical iPhone style, the OnePlus 5 is being touted as the thinnest device OnePlus has ever made. While it’s great to have a thinner phone, it trades that for a rather uninspiring battery capacity, at just 3300mAh. It’s still fairly large, but it’s not as large as some flagship phones we see today. The silence switch is another feature unique to the OnePlus 5 and iPhone 7 Plus, further highlighting their similarities. It’s a great idea, since it means you can discretely turn your phone to vibrate without any fuss.

As you’d expect from a $459 phone, the OnePlus 5 has stellar build quality. It’s made entirely from metal and glass, except for the well-placed antenna lines. Since it’s made of metal, it feels sturdy in hand, but it may be a little slippery. Combine this with the slimness of the phone and you may find that it would be beneficial to have a case on it for grip. Overall, it’s a well-made phone, and there are no quality problems at all.

The OnePlus 5’s main selling point this time is it’s tagline “Dual Camera. Clearer Photos”. The dual camera setup present in the OnePlus 5 works in the same exact way as the camera setup found on the iPhone 7 Plus. One is a wide-angle, normal camera, while the other is a 2x telephoto camera. These two work in unison to produce a beautiful DLSR-like bokeh effect. The outcome is that you have the subject in focus and the background blurred. It’s the main special feature of the phone, and it works well.

As standard, the OnePlus 5 has a home button, which is flanked by the back button and the recent apps switcher. You can choose which side is which in the settings. The home button doubles as a fingerprint scanner, which is one of the fastest I’ve ever tried. It’s impressively faster than the sensor found on the iPhone 7 Plus, which already has a very fast fingerprint scanner. Since the battery found on the OnePlus 5 is larger than a lot of other phones, the OnePlus 5 supports fast charging, called “dash charge” by OnePlus. It charges the OnePlus 5 to a staggering 75% in just half an hour. It’s an awesome feature, and I’d like to see fast charging implemented on the iPhone. The iPhone 7 Plus charges painfully slow in comparison to the OnePlus 5.

The OnePlus 5 houses a large 5.5″ display. While it’s not huge by today’s standards, it still has a larger display than most phones. Being a 5.5″ display, you’d expect it to be fairly high resolution, and at 1920×1080, it is. However, OnePlus hasn’t decided to make the jump to 4k resolution. It’s a shame, but for a 5.5″ display, it isn’t too bad. Compare this with the 6.4″ full HD display on the Xiaomi Mi Mix, and it is much more detailed. It’s also roughly the same density as the iPhone 7 Plus. The display itself is very good – viewing angles are wide, and color reproduction is excellent. It’s also reasonably bright, and it feels like a display that belongs on a flagship device.

The OnePlus 5 excels in the hardware department. It has a very powerful Snapdragon 835 SoC paired with 8GB of RAM. 8GB of RAM is far and away the highest amount of RAM on an Android phone today. The 6GB version on special at GearBest is also very powerful, and 6GB of RAM should be enough for almost every user. The Snapdragon 835 is one of the very best system-on-chips available today, on par with the Exynos SoC present on the Samsung Galaxy S8. If you get the 8GB RAM version, you’ll also get 128GB of storage, more than enough for any user. The 6GB RAM version comes with 64GB of ultra-fast flash storage (2 lane UFS 2.1).

If you’re gushing over the benchmark scores for the OnePlus 5, you may be a little disappointed to find out that OnePlus has artificially boosted the results of the test. They’ve done this by making the phone run in “performance mode” , which is a power profile usually reserved for processor and graphics intensive apps and games. It’ means that the processor and GPU are allowed to run at full blast without any thermal or energy saving throttling. It’s ok, but it’s not representative of real-world usage. Still it does beat all other Android phones by a large enough margin that this extra boost doesn’t actually skew it too much.

The OnePlus 5 packs an awesome array of two cameras at the top of the phone. It’s very similar to the iPhone 7 Plus, and it also works in almost exactly the same way. As mentioned previously, one of the sensors is a normal wide-angle lens, and the other is a 2x telephoto lens which allows for fixed optical zoom. While it can be used for zoom, the 2x telephoto camera can also be used in unison with the wide angle lens to create a software induced “bokeh” effect, where the subject remains on focus but the background is blurred. OnePlus uses some clever algorithms which decide how far away things are, in order to blur the correct amount, and to work out which areas should be blurred, and which areas should be kept in focus.

The algorithms used by OnePlus work fairly well, but it doesn’t feel as natural as the bokeh effect found on the iPhone 7 Plus, called “portrait mode”. The OnePlus follows the same principle, but it’s called “depth effect” mode. The cameras itself are very good, detail is excellent, and low-light performance is admirable. The front camera is wide, and it’s also of decent quality. Overall, the cameras found on the OnePlus 5 are excellent, and it’s pretty much capable of being a camera replacement.

The OnePlus 5 can also shoot video, but it’s nothing that we haven’t seen before. It can shoot video at 4k at 30fps, or 1080p at 60fps. Unfortunately, it can’t shoot 4k video at anything more than 30fps. Video performance is good, but it’s not anything special.

The OnePlus 5 is a speed demon. It outclasses all other Android phones in benchmarks, and those increased benchmark scores also show through in day-to-day use. In a real-world speed test, it actually scored better than the iPhone 7 Plus, which is a major feat, since no other Android phone has been able to do that to date. It’s a very very fast phone, and with it’s beefy specs, I’d expect it to be. It’s currently the fastest Android phone out there, and it’s apparent in day to day usage. The OnePlus 5 exceedingly quick and snappy, and apps stay in the RAM for a long time, minimising use of swap or plain booting it out of memory. This means that apps you used yesterday may still be exactly where they were before, much like if you used an iPhone 6s or 7. RAM management is useful, but with a huge 8GB of RAM, it’s not as vital as it is on the Samsung Galaxy S8, which has a paltry 4GB.

The Oneplus 5, like all OnePlus phones, runs Oxygen OS. Oxygen OS is a custom ROM built on Android, and for the most part, it’s very good. Most of the UI and design is left alone, and OnePlus has some nifty features built into it that make using the phone unique. In the early days of Android, it had a severe lack of features, and custom ROMS solved that by adding the features we all needed baked in, but now it’s less and less vital. OnePlus has struck an almost perfect balance between adding useful features and messing too much with the OS, and it’s a very pleasurable experience overall.

This plays a major part in differentiating the OnePlus 5 and the iPhone 7 Plus. Unlike the iPhone 7 plus, the OnePlus 5 has a headphone jack. This is awesome, because it means you can still use all your favourite audio equipment without the need for a USB type-C DAC or dongle. I personally have Bluetooth earphones, but it doesn’t mean that phone manufacturers should rush to remove a port which has been present on phones for a long time.

Compared to the OnePlus 3T, the OnePlus 5 looks like it should have weaker battery life. At 3300mAh compared to 3400mAh, it’s a smaller battery than the OnePlus 3T. Even so, it manages to squeeze out a day and a half of power under light-medium usage. With my usual usage (heavy), it lasts a full day, which very good. Even with the Apple Smart Battery Case on my iPhone 6s, I’m only getting one day of battery life. Unfortunately, in an effort to keep the phone as slim as possible, the back isn’t removable, and therefore, the battery isn’t either. This means that over time, the battery will degrade, and you’ll need to get the battery replaced, or live with reduced battery life.

The OnePlus 5 is the best phone OnePlus has ever made. It’s also the most expensive, but it sticks to it’s roots, as an undercutting, over-performing device. It’s the most powerful phone on the market, and it’s brawn is it’s main attraction. There’s a cool camera feature, but other than that, it’s speed is what makes it such a good phone. If you want a ridiculously fast phone at a great price, get the OnePlus 5.

Use code OnePluHNF to claim your discount.