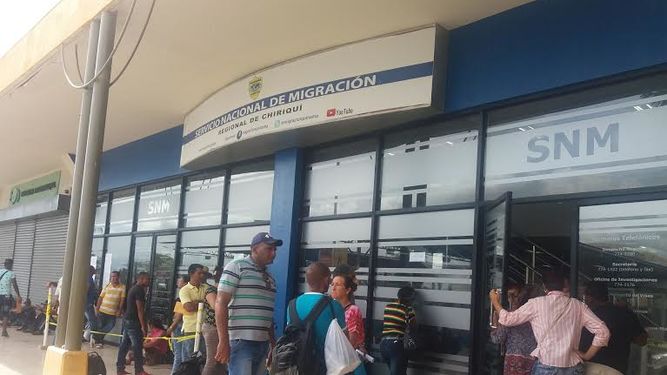 Panama’s Deputy Minister of Public Security said on Friday that an offer had been made to the Cubans who were left without nowhere to go after the US ended its ”wet foot, dry foot” policy. The offer is only for those staying at the shelter in Guacala.

The government of Panama is offering the Cuban migrants $1,650, a visa so they can visit the country and a plane ticket to Havana. The offer comes months after the decision by the United States to end the ”wet foot, dry foot” policy, which allowed Cubans to become legal residents a year after arriving to the country. The decision by the US left many Cubans who were looking to reach the country stranded in other places. Hundreds of Cubans were stranded in Panama, Mexico and other countries after the decision.

Jonathan del Rosario, Panama’s Deputy Minister of Public Security, told the migrants at the shelter that the option is a voluntary repatriation process. He added that it is a way to return to Panama legally and procure a different future for their families. The news were announced to the more than 100 Cuban migrants who are currently staying at the shelter.

The offer comes six months after the decision by the US, which was announced by Barack Obama, who was the US president at the time. The policy was introduced in 1995 and ended in January 2017. The repeal was effective immediately, leaving hundreds of Cubans stranded in many Central American nations. Mexican authorities confirmed a few days after the decision was announced that 91 Cubans had been deported.

The financial aid offered by Panama’s government will be given to the Cubans at the airport. They will also receive a plane ticket for a flight to Havana and will have a visa so they can enter the country again. Panama’s offer to the Cuban migrants will be available until the end of the month.

The news were not well received by all as they say they do not trust Cuban authorities or have been on the journey for too long to go back.