Paul Kemsley Net Worth 2018 – How Rich is the Businessman Actually? 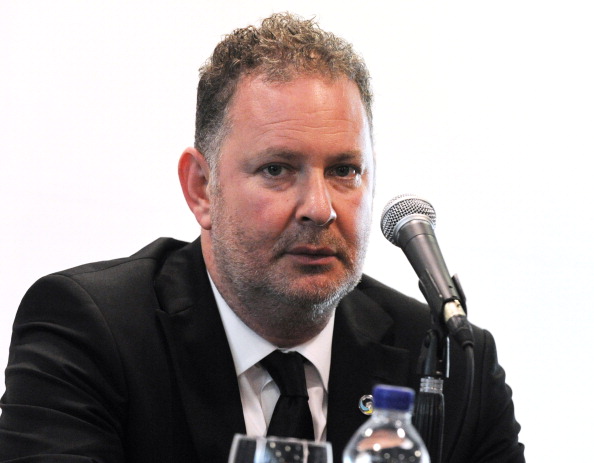 There are many wealthy business tycoons that operate behind the scenes, controlling entire industries. Paul Kemsley is one such powerful businessman. He is a real estate developer, investor, and talent manager. He pereviously acted as the vice chairman of Tottenham Hotspur.  He is currently the Chairman of the New York Cosmos. Kemsley is also known for appearing on the TV show The Real Housewives of Beverly Hills with his wife, fashion designer Dorit Kemsley.

How did Paul Kemsley Make His Money & Wealth? 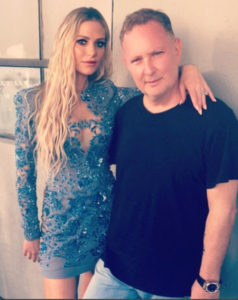 Paul Kemsley has worked for many years to build his wealth. In 1995, founded his first business, a property investment fund management firm, and was able to sell it for a large profit years later. The company managed nearly 1 billion dollars in property.

Kemsley is also known for his managing of several sports teams. He is also a talent manager, most notably acting as the talent manager for Boy George. Paul Kemsley became a celebrity himself after appearing with his wife Dorit on the show The Real Housewives of Beverly Hills.

Some sources estimate Paul Kemsley’s wealth to be even higher than 50 million. In 2009, he was estimated to be worth over 180 million, and recent figures suggest he may be worth over 200 million.

How did Paul Kemsley get rich?

Paul Kemsley was born in the suburb of Stanmore in London, England in August of 1967. He had a middle class upbringing. He worked at a clothing store when he was 15, which resulted in him meeting future billionaire Mike Ashley. The pair quickly became good friends.

When Kemsley was 17, he left school to became a trainee real estate surveyor for a property company. He later went on to work for the firm Ross Jaye in 1985. Kemsley left Ross Jaye in 1992 to help Mike Ashley expand his business, Sports Direct. Sports Direct now has over 670 stores worldwide.

Kemsley became the director of the New York Spurs in 2001. He would eventually become the vice president of the the club. He managed the Spurs until 2007, when he left to focus on his interests in properties. Under his management, the Spurs became financially stable.

Rock Joint Ventures managed nearly £750 million of property investments in 2007. However, the financial crisis that struck that year put the company in hot water. Just before the crisis struck, Rock created a joint venture with banking and insurance company HBOS, creating a £1bn property portfolio. Kemsley was forced to leave Rock Joint Ventures after an administration order was issued in June 2009. PricewaterhouseCoopers, the chosen administrator of the company, began liquidating the company’s assets. HBOS suffered greatly from the failed deal. In 2012, Peter Cummings, the banker who had promoted the joint investment in Rock’s portfolio, was fined over was fined £500,000 by the FSA in 2012.

Thankfully, by this time Kemsley had established himself as a highly aggressive and strategic investor. He once purchased an office block in London for £40 million, and sold it just 5 months later for over £70 million. He also pocketed large sums of money from investments in small companies. In 2009, he was estimated to be worth £180 million.

In 2008, Kemsley placed several bets that financial giant Lehman Brothers would survive their collapse after the financial crisis. Unfortunately, the company would never recover. He was later sued by spread betting firm Spreadex, who claimed Kemsley still owed them £2 million for a margin call.

Paul Kemsley re-entered the sports business in 2010. He re-launched the New York Cosmos soccer team and enlisted Brazilian football legend Pelé as president. Kemsley acted as chairman from August 2010 to October 2011. Kemsley later sold his ownership stake in the club for a large profit, and then invested in Pelé’s commercial rights. 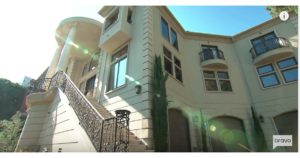 In 2015, Paul Kemsley married fashion designer and reality TV star Dorit Kemsley in a lavish New York City wedding. The pair sometimes appears on The Real Housewives of Beverly Hills. He has three children with his first wife, and two children with Dorit. The family is close friends with Boy George, whom Paul Kemsley has managed for many years.

Dorit and Paul own a modern mansion in the Hollywood Hills where The Real Housewives of Beverly Hills is filmed. The pair also has a private jet. Kemsley gave Dorit a rose gold Bentley international (worth $230,000) for her birthday in 2016.