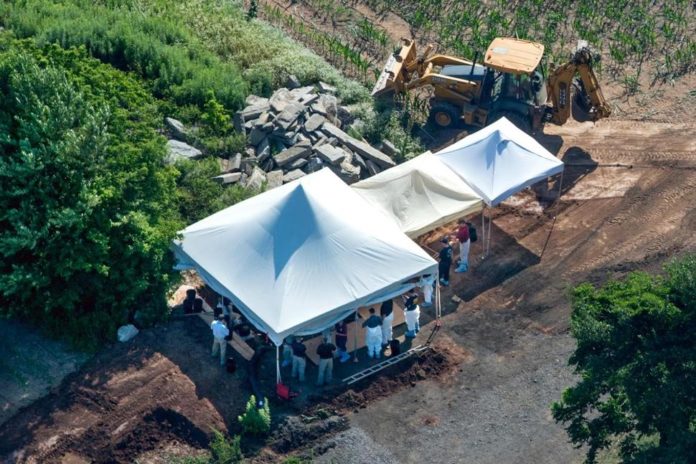 Cosmo DiNardo, 20, was being held on a $5 million bail for allegedly stealing the car of one of the four missing men. His lawyer has said he is ready to plead guilty to four counts of first degree murder. His lawyer also confirmed that prosecutors agreed to take the death penalty off the table for his cooperation in the case.

One of the four missing men was last seen on Wednesday last week while the other three vanished Friday. Police began searching for the men on Sunday and were later led by police dogs to the farm. Investigators set up tents and began searching the spot. Police returned to the farm on Thursday and continued the excavation.

A local resident told news outlets that they heard what they believed to be shotgun fire coming from the DiNardo farm on Saturday. DiNardo was arrested on Monday on an unrelated gun charge from a few months ago. He was bailed out shortly after but was arrested a week later on stolen car charges. According to authorities, he tried to sell the car. The stolen car was found on the DiNardo’s family property.

The body found today was that of 19-year-old Dean Finocchiaro. The three other missing men are Jimi Tar Patrick, Tom Meo and Mark Sturgis. Patrick was last seen on Wednesday last week while the other three went missing on Friday.