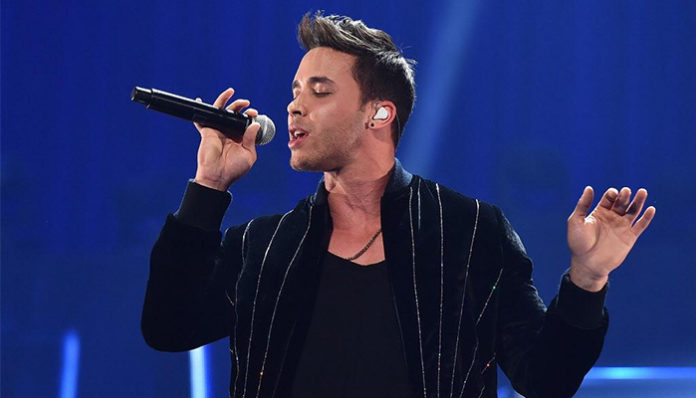 Hailing from The Bronx, Prince Royce first gained widespread attention for his self-titled studio album in 2010. Like many artists, he developed an interest in music at an early age. Having said that, it wasn’t until he was in his mid teens that he started to experiment with writing his own music.

Born on May 11, 1989, Prince Royce (Real Name: Geoffrey Royce Rojas) is the second out of four children; his mother worked as a salon while his father drove a taxi. Ever since he was young, he had been exposed to music- whether it be in choir, or at talent talent shows. At the age of thirteen, he took up poetry for the first time, which eventually evolved into songwriting.

In 2004, the then fifteen year old teamed up with a friend named Jose Chosen aka “Jino” to create the music duo, Jino and Royce. From there, they worked with music producers, Donzell Rodriguez and Vincent Outerbridge to create their own beats over the next three years.

How Prince Royce Got Famous

By the time he was nineteen, the pair had split and Royce had met his manager, Andres Hidalgo. Recognizing his talents, he introduced the aspiring singer to record producer Sergio George, who after hearing his demos quickly signed him on to his music label, Top Stop Music.

Finally on March 2, 2010, the New Yorker released his self-titled debut studio album, Prince Royce. A mix of Latin pop, R&B, and bachata, it contained ten tracks- many of which were in Spanish, including Stand by Me, El Amor, Corazon Sin Cara, Su Hombre Soy Yo, and Mi Ultima Carta. An overall success, it entered the Billboard Latin Albums chart at number 15, before rising to the top in April 2011; it also settled at number 77 on the Billboard Top 200.

A successful debut, the album garnered him much widespread attention in the country- it even earned him a Latin Grammy Award in 2011. Certified three times platinum, more than 357,000 copies of Prince Royce have been sold in the United States as of 2017.

Two years later, Royce returned with his second album, Phase II. Released on April 10, 2012, it spawned three charting singles including Las Cosas Pequenas, Unconditional, and Te Me Vas. A solid follow up to his debut, the thirteen-track project reached the top of the Billboard Latin Albums and Tropical Albums charts and settled at number 16 and number 18 on the Billboard Top 200 and Digital Albums charts respectively.

His third studio album titled, Soy el Mismo was released on October 8, 2013. His first record with Sony Music Latin, it boasted eleven new tracks including Already Missing You, which featured popular artist, Selena Gomez. A chart topper on the Tropical and Top Latin Albums charts, it went on to receive a Latin Award nomination at the 2014 ceremony. Outside of the US, the Spanish album also charted in Spain and Mexico.

Another label switch later, Royce dropped his fourth album, Double Vision on July 24, 2015. His first English only album, it came with twelve songs including Stuck on a Feeling, Dangerous, Double Vision, Paris on a Sunny Day, and Seal it with a Kiss; there were also a handful of guest appearances from artists Jennifer Lopez, Snoop Dogg, Pitbull, Kid Ink, and Tyga. Chart-wise, it reached number 21 on the Billboard 200 and number 39 on the Mexican Albums chart.

Most recently this February, the Dominican singer released his fifth album, Five through RCA.

Popular among the English and Spanish-speaking crowds, Royce also has 16 singles, 20 music videos, as well as a compilation album to his name. As far as collaborations go, he has worked with many artists including Daddy Yankee, Michel Tell, Mana, Thalia, and Antony Santos. Some of the songs that he’s contributed to include El Campo de Suenos, No One Compares, My Angel, and Dangerous Ground.

A multi-platinum selling artist, the 28-year-old has embarked on several tours since his debut. In the past, he’s headlined the Phase II World Tour, Soy el Mismo Tour, The Bad Man Tour (with Pitbull); he’s also opened for artists Ariana Grande and Enrique Iglesias in 2015 and 2011 respectively.

Like many celebrities, Royce is also no stranger to television. In 2013, he served as a coach on La Voz Kid, a children’s version of The Voice on the Spanish network, Telemundo. Later that year, he also appeared in an episode of the Nickelodeon Latin America telenova, 11-11: En mi cuadra nada cuadra.

In 2016, he was cast as a recurring character in Hulu’s teen drama, East Los High, starring Vannessa Vasquez, Gabriel Chavarria, and Danielle Vega. That same year, he starred as Saint Peter in the live musical production of The Passion on Fox.

Currently, he is one of the three judges on the Spanish reality talent show, Pequenos Gigantes USA alongside Luis Coronel and Bianca Marroquin. Premiered in February 2017, it features a group of children competing for a chance to win a cash prize of $100,000 USD.

Prince Royce has been in a relationship with Canadian-born actress and model, Emeraude Toubia since 2011 (although it wasn’t officially confirmed until 2016). This July, the couple announced that they had gotten engaged. 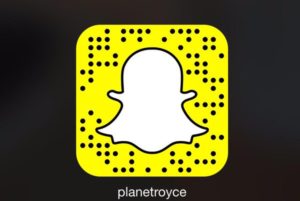 In June 2015, the singer announced through Twitter that he’d joined Snapchat- news that excited fans all around the world. If you would like to add Prince Royce onto your Snapchat account, you can do so by clicking here.

If you’d like to stay connected with the singer online, you can join over 33 million fans on his official Facebook page at @princeroyce.

As expected from a popular artist, Prince Royce also has an official Instagram account at @princeroyce. As of 2017, he has already amassed over 8.2 million followers- a number that’s still increasing as we speak.

Looking to follow the 28-year-old star on Twitter? Well, you’re in luck! You can find him at @Princeroyce, where he currently has more than 7.18 million followers.

While he doesn’t have a personal Youtube, he does have an official VEVO channel, where many of his songs/music videos are shared and uploaded. Since it first launched in February 2010, he has amassed over 4.6 million subscribers and more than 2.1 billion lifetime views. You can find Prince Royce on Youtube at @PrinceRoyveVEVO.