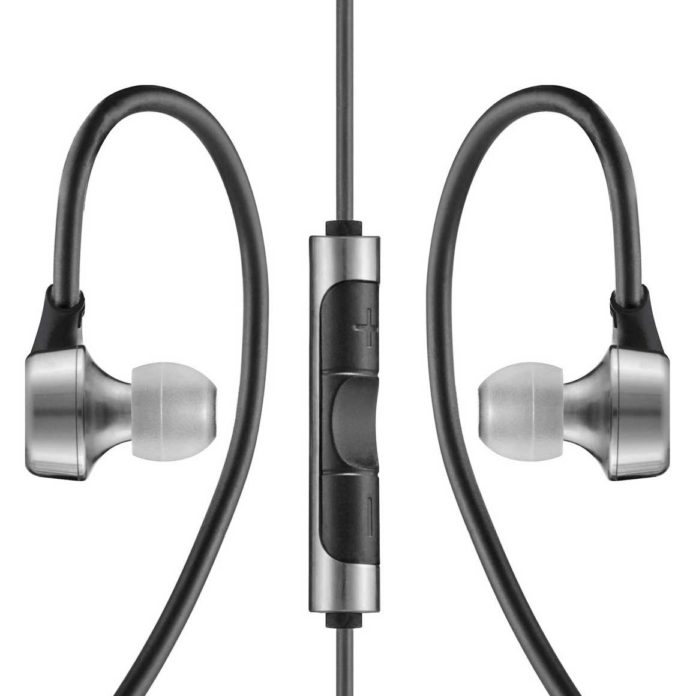 A while ago, I reviewed RHA’s previous flagship IEM, the RHA T10i. While I praised them for their laid back but clear sound, I didn’t like the fact that they didn’t fit well, and isolation was lacking. In addition, I disliked its overall shape and bulkiness, as they both added to the discomfort while listening to them. The RHA MA750is are the T10i’s predecessor, but they feature a completely different design, and different sound. While they were the flagship model before the t10is, they are a full $70 cheaper. Let’s see how they stack up, compared to the t10is.

If you have been scouring Apple’s website for earphones, you may have found the MA750i, alongside it’s big brother, the T10i, and it’s little brother, the S500i. RHA is a relatively new company, based in the UK. Over the years they’ve been around, they’ve built a reputation for designing high-quality IEMs (in ear monitor) at great prices, with supreme build quality. All of RHAs earphones are metal, and have the best build quality I’ve ever seen at their respective prices.

Once the flagship IEM for RHA, the MA750is are a premium earphone. While they’re only $129.99, they look and feel like flagship earphones, and the build quality is better than some earphones costing hundreds more. If you’re not a fan of the inline remote, you can get the RHA MA750. It’s exactly the same, but without the remote, and it’s $10 less. If you’re planning to use these while walking, I’d recommend getting the ‘i’ version, since you can change tracks and volume without needing to pull out your phone. For comparison, at this price, you can buy the UrBeats, which sound much worse than these and have much worse sound quality. However, the UrBeats look much better than these and have a nice “B” logo on the sides.

What’s In The Box

Being a flagship earphone, the RHA MA750i has no shortage of accessories in the box. You get a plethora of tips and a svelte case for portable storage. The full list of tips are as follows:

The packaging is nice too, the earphones are encased in a soft foam, and the box has a viewing flap, which is magnetic. It’s a beautiful presentation, and it should be used as an example for other IEM manufacturers.

Design reigns supreme here, as just taking one look at the RHA MA750is will tell you that they put a lot of work into it. It’s an all-aluminium finish, with ear hooks, aluminium in-line remote control, and aluminium jack. While they’re comparatively good looking for audiophile earphones, they don’t look as nice as many mainstream earphones, since they have an over-ear style, and many aren’t used to that. The cables and plug look durable, and they also look premium. Overall, the MA750is are a great looking set of earphones. They have a premium build and are durable enough that they should last for a few years.

Deviating from the status quo, the MA750is sport an over ear design. This means that the cable goes on top of your ear, rather than dangle straight down. This is a great design choice, as it means that microphonics are almost eliminated, and it’s more difficult for the earphones to fall out of your ear. The downside is that they look a little “different” and the feeling behind your ear can be a little unsettling.

The MA750is, unlike the T10is that I reviewed before, actually fit me very well. Instead of having an oversized enclosure, the MA750is are a circular shape, and aren’t too big. They fit snugly, and stayed in, even when walking. Also unlike the T10is, the nozzle isn’t that long either. The over ear hooks are alright, but they aren’t as stiff as the ones found on the T10i. This means that they dangle from the back of your ear, which I find distracting. The earphones are comfortable to wear, and even after listening to music for an extended period of time, I didn’t feel any discomfort or pain. Overall, they’re comfortable earphones, and they should fit most people’s ears.

The MA750is differ a lot from the T10is. While the T10is featured a warm, bassy sound, the MA750is have both less treble and less bass. This does mean that the dynamic range is reduced a little, but it’s much more balanced than the T10is, which could sound rather muddy at times. Bass on the MA750is aren’t as good as the t10is, but it sounds more natural. It lacks the depth and thump of the t10is, but it draws more attention to the other frequencies, which I like, instead of the overpowering bass of the t10is. The driver arrangement on the MA750is is just a single dynamic driver. It’s not as exciting as those wacky 4 armature driver 3 way crossover IEMs, but it means that complexities are reduced, and at this price point, I’d rather have one good driver, rather than a few mediocre ones.

Mids are where the MA750is really shine. They have strong mids, which are smooth and clean. Voices are clear, and are slightly accentuated. There’s a little bit of bleed into the mid bass, but overall it’s fairly balanced in the mids. They’re a vast improvement over the t10is in the mids, but they’re not nearly as exciting. The highs are clear and crisp on the MA750is, but they lack the sparkle of the t10is, since there’s less treble extension, and the higher “sparkly” frequencies are nuanced. It’s not as fun a sound signature as the t10is, but the sound is good nonetheless. They sound neutral(ish) and aren’t too fatiguing, but if you’re a bass head or want to hear a lot of thump in your music, stay away.

The MA750is have an all-metal enclosure and you’re supplied with a variety of different ear tips. Using the normal silicone ear tips, you get average sound isolation, and you can make out conversations from within 3-6 feet away listening at low volume. Switch to the comply foam tips, and it’s a completely different story. While the RHA MA750is employ a ported dynamic driver design, there’s still a decent amount of isolation, once you put comply foam tips on. For this reason, and also for the extra bass, I always use the comply foam tips included. Comply foam tips don’t come cheap, however, and they do wear out. Overall, isolation is good with comply foam tips, but you can’t expect to use them as standalone earplugs.

The RHA MA750is also come in a wireless version, the Wireless MA750. If you’re a fan of the AirPods, or the BeatsX, you may want to pick those up instead, at $169.95. They feature the same great sound as the MA750is, and have APT-X built into the Bluetooth chip. They also feature an ultra-long 12 hours of battery life on one charge, and charge with USB Type C. If you have an iPhone 7, it’d be advisable to purchase the wireless version, since the wired version won’t work with the iPhone 7 without an adapter. At just $40 more than the non-wireless version, I’d say it’s worth the extra cost – particularly if you have a late generation smartphone, like the iPhone 7.

The RHA MA750is are an excellent set of earphones. They’re highly affordable, and they’ll blow the EarPods and Urbeats out of the water. If you can put up with the over-ear design, and don’t mind having a balanced sound signature, you’ll love these earphones. Otherwise, if you want bassy, fun earphones, go for the RHA t10is. The MA750is are priced competitively, and they’re great, even for those who aren’t audiophiles.