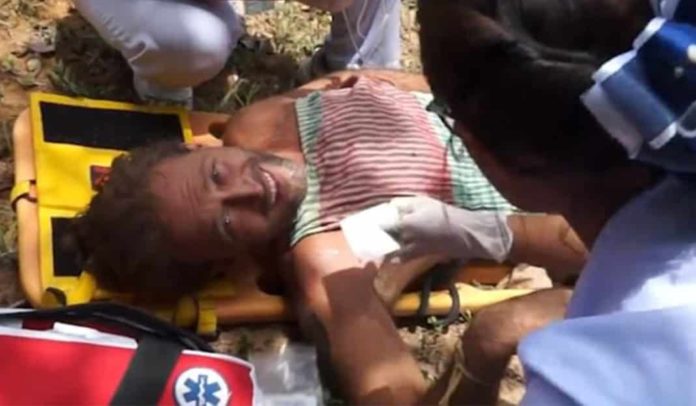 British actor Paul Nicholls was trapped for three days at the bottom of a waterfall in Thailand. The actor was trapped in the waterfall after falling off the top and injuring his leg.

Nicholls was found three days after the fall, which seriously injured his leg. The actor was found at the bottom of the waterfall when a local spotted his abandoned rental motorcycle. Police traced the motorcycle to his name and began a search for him.

Actor Taken To The Hospital

Nicholls was semi-conscious when he was found but had not moved from the area because of his serious leg injury. According to The Sun, the British actor said he is lucky to be alive. He says the biggest problem was that he couldn’t move to get out of there. The actor had a phone with him when he arrived to the area but he says he fell from such a height into the water that it was unretrievable.

The search and rescue for the actor took hours. According to The Sun, it took emergency services around two hours to get him to the hospital. Nicholls says he will need complete reconstruction of his kneecap.

Recent Incidents At The Waterfall

Paul Nicholls is best known for his role in BBC’s EastEnders, where he made appearances for a year before moving to other popular series.