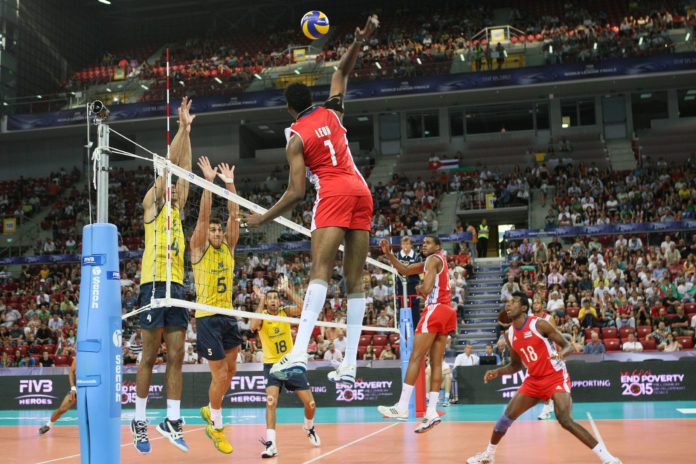 As a Canadian, I’m not exactly surrounded by the world of professional volleyball. When I had to play volleyball in gym class, I didn’t know how to bump properly and the ball would hurt my wrists and make them all red. I stopped playing volleyball as soon as I could.

It turns out that there are people making great money playing professional volleyball, though. One interesting thing about volleyball is that it’s one of the only sports in which the top-earning women are paid more money than the top-earning men are. Conversely, in a sport like professional basketball, the least an NBA player can be paid is over $800 000, while the maximum a WNBA player can be paid is around $100 000. Golden State Warriors guard Steph Curry just signed a new contract that pays him $40 million per year.

No volleyball player earns anything near that kind of money, but the top earning male players are still making around three times as much as an annual doctor’s salary, and that is before you account for endorsements, prizes, and other benefits that come with being a professional athlete. Here are how much the top 10 highest paid professional volleyball players in the world make in one year. 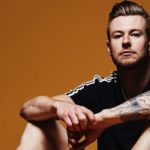 Ivan Zaytsev is an Italian volleyball player of Russian origin who plays for the Italian men’s national team, as well as an Italian club team. He has earned bronze and silver medals in the Olympic Games, as well as other awards. At the beginning of his career, he functioned as a setter, but he has since transitioned to a role as an outside hitter, putting his towering height of six feet and seven inches to use. His father was also a volleyball player and his mother was a competitive swimmer, and he is a popular volleyball player with fans because of his aggressive style and powerful strike. 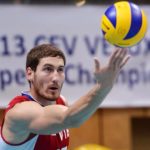 If you couldn’t guess from the name, Maxim Mikhaylovich Mikhaylov is a Russian volleyball player. He plays both for the Russian men’s national team and a Russian club team. He won an Olympic gold medal during the games in London in 2012. Mikhaylov was named both the best striker and the best scorer at those Olympics. The twenty nine year old is a large, intimidating striker: six foot eight and around two hundred thirty pounds. 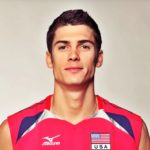 Matthew John Anderson, known to his teammates as “Matty”, is a thirty year old American volleyball player from Buffalo, New York. He plays for a Russian club and has won a number of awards and championships over his career, including a bronze medal in last year’s Olympic games. He is a beanpole kind of man, six feet and ten inches, but only one hundred and ninety pounds. Because of his height, he’s very good at blocking. 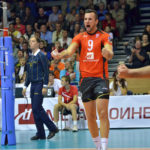 Another interesting thing about volleyball, compared to a sport like football or basketball, is how truly international its highest paid stars are. György Grozer is from Germany and of Hungarian descent. Like others on this list, he plays for a Russian club team, but he plays for Germany internationally. He has been a member of many successful teams but so far is yet to win an Olympic medal. His father was also a volleyball player, as well as a volleyball coach. He is known as a dynamic and powerful hitter, and he set a record for individual points during the Olympic games in 2012. 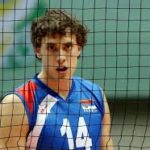 I could probably study the pronunciation of Aleksandar Atanasijevic’s name for an entire year and never quite get it right. He’s a Serbian volleyball player who plays for an Italian club team as well as the Serbian national team. He has won medals in the Serbian, Italian, and Polish leagues, and participated in the Olympic games in 2012. He is considered to be one of the world’s finest spikers, and is one of the youngest players on this list of high-earners, at the tender age of twenty five years old. It seems entirely possible that Aleksandar Atanasijevic’s finest and highest-earning years are still ahead of him. 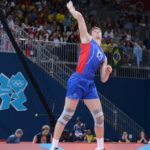 One gets the sense that, for professional volleyball players, the one million dollar mark for annual salaries is a kind of threshold that clubs are wary of breaking, as many players’ earnings seem to hover right around this mark.Dmitriy Muserskiy is of Ukrainian origin but plays for the Russian national team and a Russian club team, Belogorie Belgorod. At the towering height of seven feet and two inches, he is considered to be one of the tallest athletes in all of professional sports. You can tell just by looking at any photo of him that his body is extremely large and powerful, and if you saw him on the street you probably would not be able to believe your eyes. For reference, the tallest current NBA player is only one inch taller than Muserskiy at 7’3. He has been playing since he was only eight years old and he became an Olympic champion in 2012. While he used to be Ukrainian, he became a Russian citizen back in 2006. 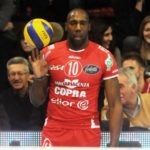 The first member of this list who is not either from Europe or the United States, Robertlandy Simón is from Guantanamo, Cuba. He’s thirty years old and plays for the Cuban national team and for a Brazilian club team. He’s another one of the tallest play on this list, with a height of six feet and ten inches, a height that would be considered freakish on almost any list except for a list of the highest paid volleyball players. He first played for the Cuban national team when he was only seventeen years old, and he would go on to captain the national team for five years. He wears the number ten and plays as a middle blocker. 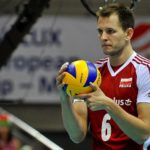 Phew, finally we’ve broken the one million dollar mark. Bartosz Kurek is a twenty eight year old Polish volleyball player who plays for the Polish national team as well as a Turkish club team. He has participated in the last two Olympic games (2012 and 2016) and has won numerous awards and championships in his fairly young career. He plays the outside hitter position. Strangely, for the first few years of his career, he was notable for playing on the same team as his own father. In his youth, he mainly played basketball, but made the switch to volleyball when he got older. His girlfriend is also a successful volleyball player. 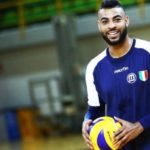 Earven N’Gapeth is a member of the France national volleyball team. He also plays for the Italian club, Paliavolo Modena, with whom he won the 2014 Italian Cup, the 2015 Italian Championship, and the Italian Supercup, among several other events.

Most recently, he represented France at the 2020 Olympic Games in Tokyo, where they won a gold medal in the team event. He also won a bronze medal at the FIVB Volleyball Men’s Nations League last year. His father Eric, was also a professional volleyball player who played for France in the 1980s. 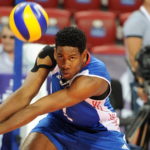 Number one on our list is Wilfredo Leon. Born in Santiago de Cuba, he began playing volleyball at the age of seven. Coached by his mother, he eventually made his national debut in 2008 at the age of fourteen. By 2009, he had won the ‘Best Receiver’ title at the World League and a silver medal at the World U21 Championships.

While he initially played for Cuba, he eventually left to play for a Russian club in 2014, with whom he won multiple leagues and cups. And in 2018, he joined the Italian club, SIR Safety Perugia. He’s also a member of the Polish national volleyball team (he became elligible after receiving his Polish citizenship in 2015).

Why has club volleyball, so far, not caught on very much with North American audiences? It’s hard to say. On one hand, American audiences certainly like more direct violence in their sports than volleyball can provide: the kinds of hits and collisions that football, hockey, and basketball seem to have more of in general. But, rugby and lacrosse are two very violent sports that don’t have massive audiences in the US either. And meanwhile, Americans love baseball and golf. The top tennis players are certainly better paid than the highest-paid volleyball players, and in both of those sports there is a net separating the players from each other, although in tennis, fewer players on the court gives individuals more time to shine personally, perhaps rendering them more marketable.

With professional volleyball’s towering athletes spiking the ball at unfathomable speeds, you would think it would be more of a draw. Perhaps it is down to marketing. Regardless, the players on the list above have carved out great careers for themselves in the world of volleyball, earning millions of dollars playing in European leagues, really only catching the eye of the American audience every four years when the Olympics roll around.