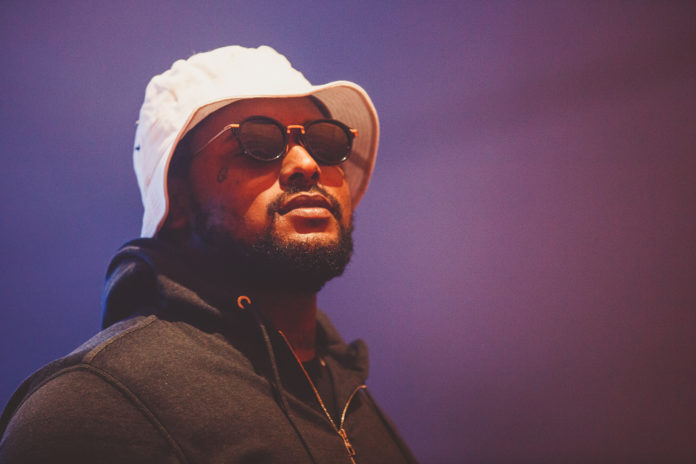 US rapper ScHoolboy Q is not happy with United Airlines sending his dog to another city. The rapper unleashed a tirade at the airline after he found out that he was not at the airport. ScHoolboy Q was traveling with his French bulldog puppy when the airline mistakenly sent him to Chicago during a stopover in Denver.

The dog was flown to Chicago and when the rapper went to retrieve his dog from the flight, he found out it was not his dog. The rapper found out that his dog had been sent to another city on Friday. He got on Twitter to criticize the airline, which has been in the news for a number of incidents in recent months.

”You guys r idiots @united HOW U PUT MY DOG ON THE WRONG FLIGHT???? I need answers”.

The tweet has been retweeted more than 65,000 times and liked by over 200,000 users. The US rapper also said he plans on suing the airline, which CNN quoted as saying earlier today that they were working to reunite the dog with its owner. The airline also said it had contacted the customer and apologized for the mistake.

2017 has not been the greatest year for the airline, which has been involved in a few incidents with passengers and animals. In May, the airline found itself in hot water when a giant rabbit died as it was being transported. The rabbit was being transported to its new owner in the US. A few days later, a spokesman for the airline said the company had reached a satisfactory resolution with the owner in England. The incident came just a few weeks after the airline was heavily criticized for dragging a passenger off a plane. The man didn’t want to give up the spot on his flight and he was forcibly removed from the plane. The passenger suffered a number of injuries during the incident and sued the airline. The man and the airline reached a settlement in late April.