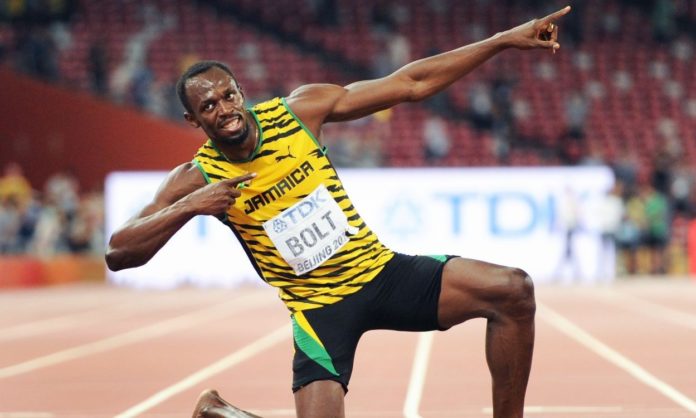 Usain Bolt is widely known as the fastest man in the world. He’s only thirty years old, and he has absolutely dominated sprinting. This eight time Olympic gold medalist holds a couple of different world records, and even though he plans on retiring after the 2017 World Championships, he has still gifted the world with so much during his time in sprinting. He’s accumulated a massive following, and he’s idolized by a lot of other athletes. Usain is a pretty nice guy, too, and he’s known to engage with these fans occasionally across different social networking platforms, including Snapchat and Twitter. 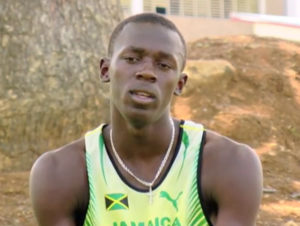 Usain Bolt was born in August of 1986 in Trelawny, Jamaica. His parents ran the local grocery store, and he spent a lot of his youth playing sports like cricket and football. He showed that a certain athletic gift at a young age, and when he was just twelve years old he was known as his school’s fastest runner. He attended high school at William Knibb Memorial High School, where he intended on focusing on other sports. However, his coaches were amazed by his raw talent in sprinting, and they encouraged him to participate in track and field events. Bolt took to it very quickly, and he won his first annual high school championships medal just in 2001.

Bolt’s performances during these early competitions were nothing short of impressive, especially considering his age. However, he caught a lot of flak from his coaches and from his community due to his mischievous nature. Although he was very serious about athletics, he wasn’t generally a very serious person, and he got in trouble for some of the practical jokes that he tended to pull. Usain may not have been the most mature during this time, but he was still one of the most fast. During the 2002 World Junior Championships, he ended up wining the 200 m gold medal, which would mark a turning point in his career. It became clear that he had serious talent. 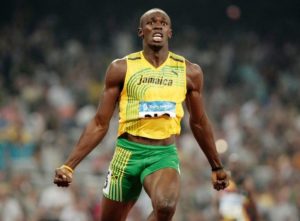 Since Usain Bolt plans on retiring after the 2017 World Championships, it’s likely that the 2016 Olympics in Rio de Janeiro was his final Olympic outing, and he made it count. Bolt earned three gold medals, again in 100 meter sprint, 200 meter sprint, and the 4 x 100 meter relay. He had a much slower 100 meter time than usual, with 9.81 seconds. His 200 meter time was also a bit slower, with 19.78 seconds. To a lot of people, this was evidence that it probably was a good idea for Usain to retire. He had already accomplished a lot, and there was no reason for him to humiliate himself by having his play decline due to age. Either way, the 2016 games allowed Bolt to maintain his streak of gold medals at the Olympics. Even though he only participate in 3 Olympics, it’s safe to say that he will remain a significant part of Olympic history in the years to come. 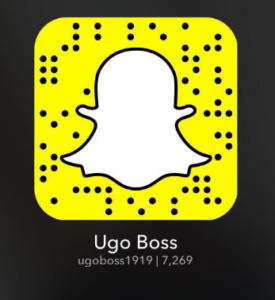 Like most celebrities and athletes, Usain Bolt has an official, verified Facebook page. If you’re interested in checking out the kinds of things that he posts on Facebook, then feel free to look him up under @usainbolt. Otherwise, you can just click the link that I’ve provided here.

A lot of people use Twitter, including Usain Bolt. Bolt has nearly 5 million followers on the social network. If you want to join that club, then you can follow Usain Bolt by searching for him under the username @usainbolt. You can also check out his account by clicking the link here.

If you’re an Instagram user, then you also have the ability to engage with Usain Bolt! He has an account on there the he uses regularly, and he has over 7 million followers there. You can find Usain under the username “usainbolt”. To take a look at what he shares with his followers, click the link here.

Kik is a massive messaging platform, and it has a lot of users. However, as of this writing, Usain Bolt doesn’t really have Kik account. If he does have one, then he has yet to share it with any of his supporters. So if you’ve ever encountered someone claiming to be Usain Bolt on Kik, then there’s a very good chance that you’re being misled.