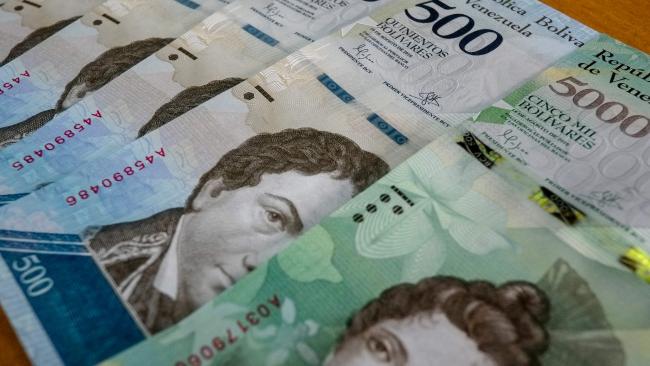 A minimum wage increase is good news in most countries but the story is different in Venezuela, where the inflation continues to skyrocket. On Sunday, President Nicolas Maduro announced a 50 percent increase of the minimum wage.

The announcement means Venezuelans will have a higher salary but there is one problem, inflation. The country’s currency buys less and less with time and the announcement is something that many Venezuelans aren’t too happy about. In recent years, the government has announced increases of the minimum wage numerous times. The announcement would be good news for people in other countries but not for Venezuela, which has one of the highest inflation in the world.

The minimum wage increase is actually the third announced this year. In 2015 and 2016, there were also increases in the minimum wage. The increase is to combat the high inflation but these announcements have led to prices changing almost every day. Food, medicines and other essentials see their prices go up at least once a week. In 2008, the minimum wage was nearly 800 bolivars but now it is 97,531 bolivars. The new minimum wage is around $12.53, according to the unofficial exchange rate. The total salary, with the food bonus, is 250,531 bolivars ($32.20). Before the increase on Sunday, the salary was around $14 more.

The government announced its second minimum wage increase less than three months ago. The third increase comes as protests continue to take place across the country. More than 70 people have lost their lives while many more have been injured in the protests. The people protesting want general elections while the government has said it will continue its constituent assembly plans. The International Monetary Fund estimates that the inflation in Venezuela could skyrocket to 2,200 percent this year. Prices rose by 800 percent last year, according to experts.