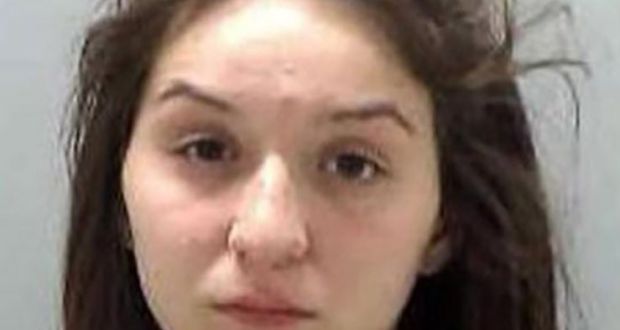 A Minnesota woman, who fatally shot her boyfriend in a YouTube stunt gone wrong, was charged with second-degree manslaughter. Monalisa Perez tweeted hours before her boyfriend’s death that they would be recording one of the most dangerous videos ever. Perez was released on bail but the charge carries a penalty of up to ten years in prison.

Perez has told police that Pedro Ruiz III wanted to make a video of her shooting into a book as he was holding it. The two tried to make the video but he was killed when the bullet hit him in the chest. He was holding the book against his chest and Perez has told authorities that she fired from around a foot away. According to the criminal complaint filed by the sheriff, Perez and Ruiz had set up cameras on the back of a car and a ladder nearby.

Perez and Ruiz’s YouTube channel has mostly videos of them playing pranks and doing stunts. Their latest video was posted a day before the stunt gone wrong.

Pistol Used In The Stunt

Ruiz’s aunt says he liked guns and had plenty of them. She also said he was always putting a dangerous twist on everything he did. The tweet from Perez hours before the stunt mentioned that it was his idea and not hers.

The deadly stunt, which happened on June 26, was going to be part of their video. Ruiz was looking to stop the bullet with the book, which he held against his chest. Authorities have revealed that Perez used a .50 caliber Desert Eagle pistol.

Their YouTube channel, which has more than 15 videos, has nearly 16,000 subscribers. The most recent video was posted five days ago and shows the couple attending a fair. Perez was recently released on a $7,000 bail.