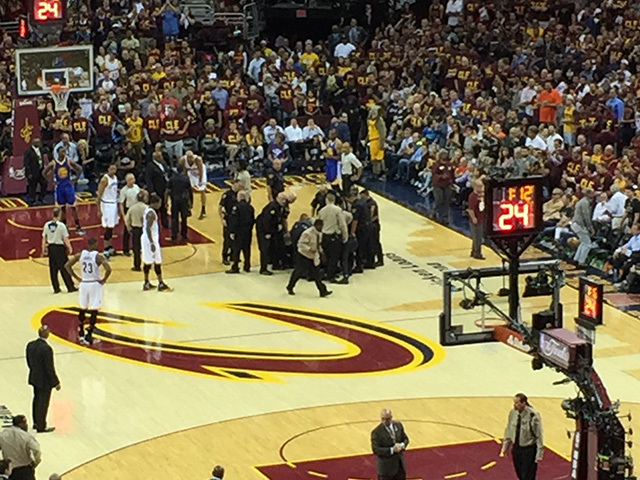 YouTube has videos for everything and one of the most common in recent years are pranks and stunts. We’ve seen many channels get millions of subscribers by posting pranks and stunts. But there are some YouTubers who have done crazier things to simply have fun or gain popularity. Some of the stunts and pranks from these YouTubers have not gone well and have led to arrests. Here are seven pranks and stunts that got people in trouble with the law:

Pokemon Go players did crazy things to catch Pokemons but some went a little too far. One of the players that went a little too far was a comedian who decided to do a Pokemon Go parody video. Parody videos of the popular app were all over YouTube at the time but his idea caught the attention of more than just his fans. For the video, he filmed himself playing Pokemon Go but the problems came when he decided to film himself playing the mobile game while he was walking on train tracks.

The Toronto Transit Commission (TTC) saw the video shortly after it surfaced and he was charged with illegal entry. Officials were not happy with the video since many things could have gone wrong as he played on the train tracks. The good news for the comedian is that the charge was just a $425 fine.

Vitaly Runs On To Court

Vitaly is famous for his prank videos and for appearing out of nowhere during the biggest sports matches. The Russian comedian ran on to the field during the 2014 World Cup and did it again a year later during the 2015 – 2018 NBA Finals between the Cleveland Cavaliers and Golden State Warriors. He was arrested after running on to the court and taken to the Cleveland City Jail. In one of the videos, he mentions that he was in jail for one day. During one of his videos, he also shows a letter from the NBA, which banned him from entering arenas for one year.

Monalisa Perez and Pedro Ruiz III had a YouTube channel with a few hundred subscribers. The videos posted by the couple included pranks and videos of their daily lives. The channel seemed to be growing but one stunt idea turned into tragedy when Ruiz decided to film a video of him getting shot by his girlfriend. For the stunt, which Perez says was Ruiz’s idea, he held a book against his chest to stop the bullet. Perez shot at the book but went it through, killing Ruiz. Hours before the stunt, she tweeted that they were going to shoot one of the most dangerous videos ever.

According to reports, Ruiz told her that he had tried it before and that the book had stopped the bullet. The stunt gone wrong was caught on video since the couple was reportedly planning to post it but authorities have said it is evidence and will not be released.

The DaddyOFive channel became popular for its prank videos between the parents and their kids. But things quickly went bad for the channel as one controversial video led to the parents losing custody of two of their children. The children were placed in custody of their biological mother but the problems for the couple were far from over as they were recently charged with neglect of a minor. The controversial video has been removed but was blasted as abusive because the two children were left in tears after being blamed for stains that the couple had made with ink. The couple is now facing a big fine and up to ten years in prison.

Ruslan Sokolovsky thought it was a good idea to visit a church in Russia to play Pokemon Go. The blogger recorded himself visiting and playing in the church. But Russian authorities didn’t find his idea funny and he was arrested shortly after posting the video. He was charged with inciting religious hatred and in May, he was given a three and a half year suspended sentence. 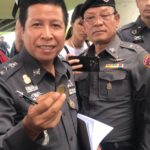 Nathan Bartling, a YouTuber with millions of subscribers, decided to flatten coins as part of his video in Thailand. But his idea turned out to be a very bad one as he was detained shortly after. The YouTuber held a news conference to make amends for the video but authorities detained him after. He was charged with railway obstruction, damaging property and trespassing.

Bartling was criticized for the video and it was later removed. The YouTuber apologized during the news conference but that wasn’t enough as authorities were there to detain him. A petition asking the country to cancel his visa also appeared online.

Vitaly is very popular on YouTube and it is not difficult to see why. His stunts and pranks are some of the craziest on the video site but some, like the one in the NBA Finals, have landed him in jail. The famous prankster doesn’t seem to be too worried about arrests and has continued his videos. Last year, Vitaly was arrested for trespassing and climbing the Hollywood sign. Officials said that Vitaly was arrested when he was climbing the letter D in the Hollywood sign. Police said it wasn’t the first time that someone tried to climb the sign but did confirm that it was the first report in a while.