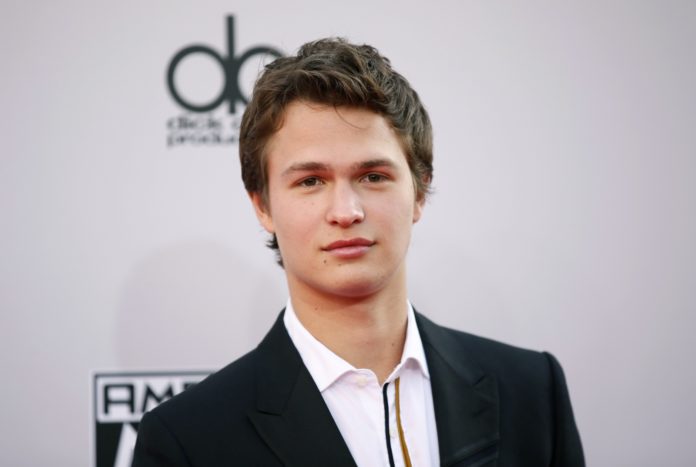 In many ways, it seems like Ansel Elgort blew up overnight. He burst into the mainstream in 2014 when he held a starring role in the highly anticipated teen drama The Fault in Our Stars. Since then, his career has only continued to develop, and he has only become more popular. Due to his prominent roles in several other movies, and due to his budding music career, Elgort has been able to pull himself together a pretty large fan base. Most of these fans are younger, and they show their support for Ansel on social media. They gather on platforms like Instagram, Facebook, Snapchat, and Twitter. On occasion, Ansel will interact with these fans on these platforms.

Ansel Elgort was born in March of 1994 in New York City, New York. His father is a fashion photographer and his mother is an opera director, so I think it’s safe to say that he has the arts in his blood. When he was just nine years old, his mother took him to try and attend the School of American Ballet. He ended up attending arts-centric schools for most of his life, including The Professional Performing Arts School. Ansel was drawn to acting from a young age, and he would perform in various school productions to hone his skills. Perhaps because of his early interest in stage productions, his professional career basically began with stage acting, and it wasn’t until 2013 that he would appear in film. 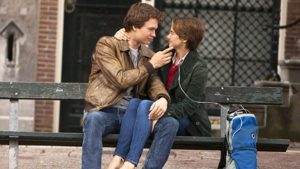 His first major film role came in the 2013 remake of Carrie, when he played a supporting character. It wasn’t a huge role, but it was still a good first step in his career. The following year, he appeared in Divergent, where he played the brother of the main character. This was a very prominent role, and since the release of Divergent was highly anticipated due to the popularity of its source material, it ended up getting Ansel a ton of publicity. It was one of the first highly publicized roles that he would take on, but later that year, he would appear in a film that would only be seen as more highly publicized. He was cast to play Augustus Waters in The Fault in Our Stars, an extremely popular film adapted from the John Green novel of the same name. The Fault in Our Stars was a box office hit, and it made Elgort very, very popular.

Ansel Elgort would go on to reprise the role of Caleb Prior in the following Divergent films, The Divergent Series: Insurgent and The Divergent Series: Allegiant. By the end of 2014, he was seen as one of the more promising young actors in all of Hollywood. Elgort was so popular that he was actually considered to play Han Solo in the highly anticipated 2018 Han Solo spin-off film from Disney. In 2017, Ansel Elgort starred in the Edgar Wright film Baby Driver. This film was well-received both commercially and critically, and Elgort’s performance was highly praised. In the years to come, he is set to have roles in films The November Criminals as well as Billionaire Boys Club. Ansel Elgort is still young, but I think it’s safe to say that he’s quickly becoming a very big name in the entertainment industry. 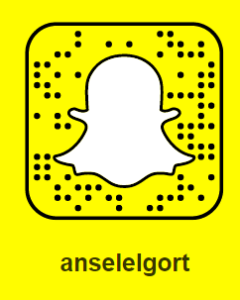 Ansel Elgort uses his Snapchat account pretty often, and if you’re a fan, then I’m sure you’d get a kick out of adding him on Snapchat. There are a few ways to do that. First, you can obviously just search for him under his username, which is ‘anselelgort’. Another way to add Ansel Elgort on Snapchat is by scanning his Snapcode, which I’ve included an image of above for your convenience. If neither of those tickle your fancy, then you can also add him just by clicking the direct link right here.

Ansel Elgort has a Twitter account, which he uses to promote both his acting career and his work as a DJ. Over 700,000 people have liked his official, verified Facebook page, and you can join them if you want. You can find his page under the username @AnselElgort, or simply by clicking the link here.

Ansel Elgort is a really popular guy, and like a lot of other really popular guys, he’s also popular on Twitter. As of this writing, he has over 3 million followers on the social platform, which he has been a member of since late 2010. You can find this actor on Twitter under @AnselElgort. You can check him out by clicking the link here.

Ansel Elgort is a pretty hip guy. He keeps up with a lot of the latest trends. Because of that, you may assume that he has an account with Kik. (If you’re unfamiliar, Kik is basically a messaging app, similar to Whatsapp.) However, that assumption isn’t entirely correct. Let’s put it this way. If Ansel Elgort has a Kik, he hasn’t shared its details with any of his fans. It’s private, if he even has one. So unfortunately, his fans will have to settle with using other social networks to get in touch with him.