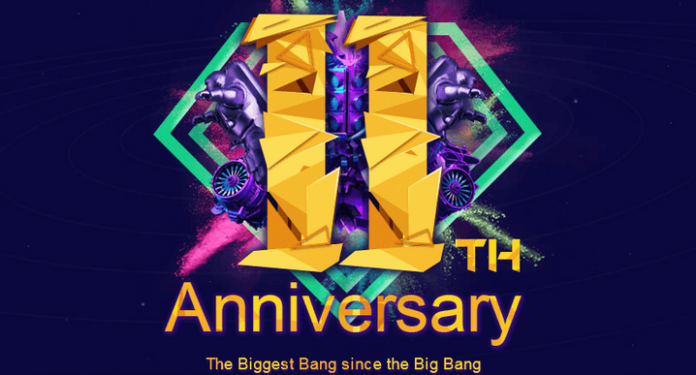 The first promotion we are going to tell you about begins now, from August 7, 2017, through September 7, 2017. You will be able to find all of the exclusive offers, coupons, and deals by heading to the official Banggood 11th Anniversary Promotion page. You will find exclusive offers and VIP deals including VIP5 Trials, and all you have to do is sign-up. You can choose up to five coupons to use during this sale total, although you only can grab one coupon per round. The coupons will allow you to get even deeper discounts on some of the most sought after products. 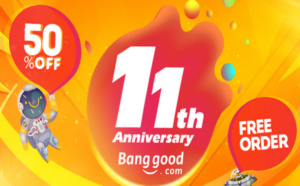 You will find amazing exclusive discounts along with the ability to exchange your points in for products during this preheating event. You can go on missions and have the chance to win some amazing prizes as well. Some items will even be as much as 90% off regular price during this 11th Anniversary Promotional period. During this time you will also be able to get your 11% off coupon, which is valid on September 7.

If you would like to check out the daily deals that are going on right now as part of the Anniversary sale, you can click here to find the Snap Up deals. These Snap Up deals are going to run every few hours from now until the end of the Anniversary sale. There are limited quantities of these Snap Up deals, which is why you need to immediately grab the item once it is on sale. It is a first come, first serve promotion and the savings is immense. Most of the Snap Up items are 50% off or more the regular price, so hurry and sign up for these amazing deals so you can be notified when they go live. 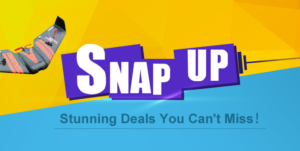 The official Banggood 11th Anniversary Promotion will begin on September 8, 2017, and it will run until September 10, 2017. This is the formal anniversary and also the most important campaign for Banggood, which means the sales, discounts, and coupon offers are going to be off the charts! These are going to be explosive Big Bang types of deals, with prices being the lowest you will find anywhere during the 11th Anniversary Promotion.