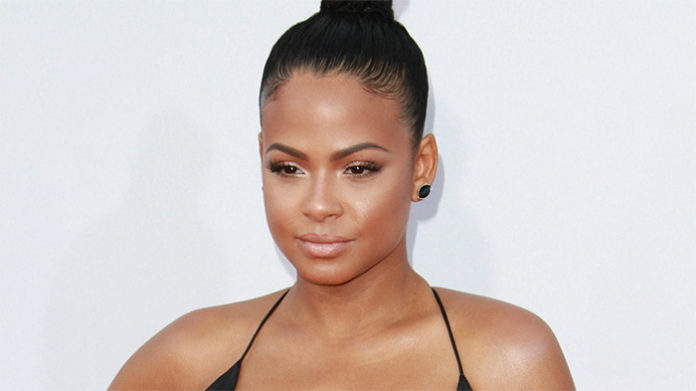 Christina Milian made herself known as a singer-songwriter with her self-titled debut album in 2001. A success, it eventually spawned the hit single, When You Look at Me. Since then, she has come out with several other songs including Dip it Low, Whatever U Want, and Hello.

Born on September 26, 1981 in Jersey City, New Jersey, Christina Milian was raised in the city of Waldorf, Maryland, where they family had moved to shortly after her birth. An imaginative child, she developed an interest in the show biz at the age of four. Encouraged by her parents, Milian later began auditioning with various talent agencies. From there, she eventually appeared in a few TV commercials for Honeycomb and Wendy’s.

Noticing her talent, Milian and her siblings later moved to Los Angeles with their mother when she was in her early teens. At the time, her goal was to become an actress; while she was also interested in music, she didn’t know how to go about obtaining a record contract. Ultimately, it was after she moved into the same condo as music producer Rodney Jerkins, that she began to explore her options as singer.

By the time she was seventeen, she had written several songs in hopes of landing a record deal. In 2000, Million made her first professional appearance on Ja Rule’s track, Between Me and You. From there, she helped to co-write Jennifer Lopez’s song, Play in 2001.

How Christina Milian Got Famous

Ultimately, it was her music that drew people in. On July 24, 2001, Million dropped her debut single titled, AM to PM through Def Soul Records. A solid release, it reached number 27 on the Billboard Hot 100 and number 58 on the Hot R&B Songs chart. A global hit, the record also charted in several other countries including the UK, Sweden, Denmark, Australia, Belgium, and Italy, among others.

That fall, the teen released her first full length album, Christina Milian. Produced by Jermaine Dupri, Bryan-Michael Cox, Mark Hill, and Evan Rogers, the project was packed full of catchy tracks; among its track list were AM to PM, When You Look at Me, A Girl Like Me, Got to Have You, and Until I Get Over You. On the charts, it reached number number 23 in the UK, with over 100,000 sales.

However it wasn’t until 2004, with the release of her second album, that she rose to stardom. That summer, Milian came out with her second album, It’s About Time through Island Records. Compared to the sounds of Jennifer Lopez and Beyonce by some, it featured twelve songs including Whatever U Want (Feat. Joe Budden), I Need More, Dip it Low (Feat. Fabulous), Someday One Day, and Get Loose.

A major success, it entered the US Billboard 200 at number 14 and later reached number 5 on the Top Hip Hop Albums chart. Despite the mixed reviews that it received, It’s About Time went on to sell thousands upon thousands of copies in the US; as of 2017,  this number has surpassed 382,000.

Then on May 8, 2006, Million released her third studio album titled, So Amazin’. Consisting mostly of R&B and urban beats, a contrast compared to her earlier efforts, the album included a few features from Young JEezy, Three 6 Mafia, and Dre. Not long after being released in stores, it peaked at number 11 on the Billboard 200 chart; within the first week along, over 54,000 copies had been sold.

From there, she took a long break before returning with her EP, 4U in December 2015. A mix of pop and hip hop, four tracks were featured on the disc- Like Me (Feat. Snoop Dogg), Do It (Feat. Lil Wayne), Rebel, and Liar.

In 2015, the actress landed her first major role in the Fox sitcom, Grandfathered. Premiered that fall, it ran for two seasons before being cancelled by the network. One of the main cast members, Milian played the role of Vanessa, a young woman who is unaware of her friend’s attempts to woo her.

Besides her work on television, she’s also appeared in several films over the last years. For instance in 2003, she co-starred in the teen comedy, Love Don’t Cost a Thing opposite of Nick Cannon.

According to rumours, the singer recently hit it up with rapper Dave East, as they were spotted together on several occasions this summer.

Previously, Milian was married to musician, The Dream. In September 2009, they two elopted at a local chapel in Las Vegas, Nevada. Later that month, the couple announced that they were expecting their first child together; she eventually gave birth to a daughter named Violet Madison Nash on February 26, 2010.

Then in July 2010, it was announced that they’d actually separated three months after their wedding, though their divorce wasn’t finalized until 2011.

Throughout her career, the artist has received numerous recognitions and awards- both for her work as an actress and singer. A two time Grammy Award nominee, her collection currently consists of an Ozone Award (e.g. Best R&B Female), an Image Foundation Award (e.g. Best TV Actress), and an Emmy Award (e.g. Outstanding Reality Competition Program). 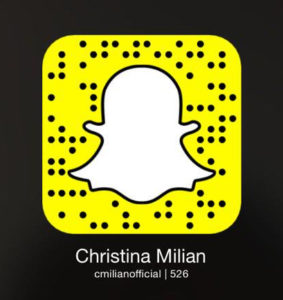 In February 2015, the star announced through Twitter that she had hopped onto the Snapchat bandwagon. Want to add Christina Milian onto your Snapchat account? You can do so easily by clicking here.

If you want to follow the singer on Facebook, you can find her at her official page at @Christinamilian.

Want to stay up to date with the star? Now you can through Twitter- you can follow her at @ChristinaMilian.

Join over 4 million other fans in following Milian on Instagram- you can view her photos and videos at @christinamilian on the app.

Although she doesn’t have a personal Youtube account per se, you can stream her official MVs at her VEVO channel at @ChristinaMilianVEVO. As of 2017, the page has amassed more than 65 million lifetime views.