Connor Franta Snapchat Name – What is His Snapchat Username & Snapcode? 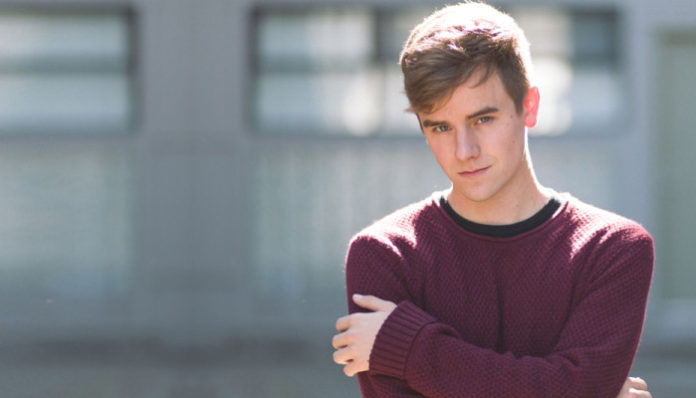 A popular YouTube star, Connor Franta has millions of fans all over the world. Inspired by other content creators such as Mitchell Davis and Shane Dawson on the site, he decided to create his own channel in 2010. His first video, A HARRY POTTER BIRTHDAY!!! was uploaded on September 12, 2010. As of 2017, the 24-year-old has over 5.6 million subscribers on the platform.

Born on September 12, 1992 in Wisconsin, Connor Franta moved to La Crescent, Minnesota with his family shortly after his birth. As a child, he was overweight; realizing this, his mother encouraged him to join a local swimming team, which ultimately helped him get in shape. After going to St. Peter’s Catholic School, he went to La Crescent High School as a teen, where he was a member of the cross country team.

In the summer of 2010, Connor decided to create his own YouTube channel, inspired by bloggers Mitchell Davis and Shane Dawson. Though his page received some views, it wasn’t until he joined a collaboration channel called Our2ndLife in 2012 that his popularity really began to take off; other members of the crew included Ricky Dillon, Justin Caylen, Trevor Moran, Ricardo Orders and Sam Pottorff.

One of the biggest collab channels on the site, it helped each of the members gain popularity- Connor being no exception. Incredibly popular, the group worked on a number of videos together from vlogs to various challenges. Ultimately, Our2ndLife had played a huge role in the launching of Connor’s online career; by the time he departed from the group in July 2014, he already had a well established following on YouTube.

As of August 2017, the 24-year-old has amassed over 5.6 million subscribers on his channel, with over 401 million lifetime views. Currently, his most popular video titled British vs America: How We Do It has been viewed over 13 million times. Some of his other popular videos include Signs a Guy Doesn’t Like You, So I Googled Myself, Guess The Body Part, and Things Girls Should Know About Guys.

A few years ago, Franta came out as gay in a YouTube video which was uploaded on December 8, 2014. Regarding his sexual orientation, he stated that “he has accepted who he is” and that he is “happy with that person”. In the clip, he also spoke about all the help that he’s received from others online, and how he’d like to offer advice to individuals struggling with similar issues.

The 6-minute video titled, Coming Out has since been viewed over 11.7 million times on YouTube.

In November 2014, Franta released Crown Vol. 1, a compilation album that contained hand-picked songs from various up-and-coming artists. A considerable hit, it ended up charting on the Billboard Top 200 in the United States. Since then, he has released four other compilation albums under his Common Culture Brand.

Then in February 2015, it was announced that the YouTube star had launched his own line of coffee- Common Culture Coffee. Produced in collaboration with the LA Coffee Club, $1 from each bag went towards The Thirst Project. That same year, he also started his own record label called Heard Well with the distribution company, Opus Label.

In addition to being a YouTube star and entrepreneur, the 24-year-old is also a writer. On April 21, 2015, Connor released his memoir, A Work in Progress which he’d spent more than a year writing. Published by Atria Press, he discusses several aspects of his life in the book, form his childhood to future aspirations. In support of the text, he embarked on a book tour later that year, for which he traveled to many cities including Orlando, New York City, London, LA, Minnesota, and Liverpool, among others.

Most recently, he released his second book titled, Note to Self on April 18, 2017. Unlike his first effort, it contained a series of poetry, essays, photography and stories by the star. Not only that, but it also discussed about more sensitive topics such as social anxiety, clinical depression, and break-ups in relationships.

For his 22nd birthday in 2014, Connor launched a fundraising campaign for The Thirst Project, a non-profit organization that aims to build water wells for those living in Swaziland. As an incentive, he offered fans a chance to be talk to him via Skype, as well as a video mention. Incredibly successful, the campaign had raised more than $75,000 within 48 hours. within just 10 days, the original goal of $120,000 had been met.

By the end of the month, over $230,000 had been raised for the cause. Shortly afterwards, he traveled to Swaziland to witness the building of the water wells himself. For his contributions to the project, he received a Governor’s Award at the 6th Annual Thirst Gala in June 2015.

As of August 2017, the 24-year-old is currently single. It’s unknown whether or not he’s dated anyone in the past.

At one point however, there were rumors that he had hooked up with Troye Sivan, a fellow Youtuber whom he’s worked with on several occasions. 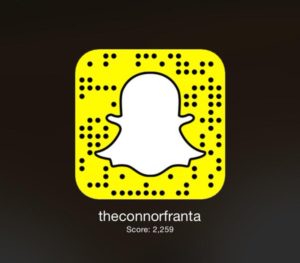 In February 2015, the Youtube star announced via Twitter that he had joined Snapchat. Want to add Connor Franta to your friend list? You can do so by clicking here.

If you want to follow Connor Franta on Facebook, you can do so by liking his page at @ConnorFrantaFans- he already has over 1.9 million fans on the site!

Looking for an easy way to stay up to date with the web celebrity? Why not follow him on Twitter at @ConnorFranta?

If you want to see some photos taken by the star, you can go and add him on Instagram at @connorfranta, where he already has over 5.5 million followers.

His most noteworthy social media account of all, you can view all of his videos- from vlogs to comedy skits, on his official Youtube channel at @ConnorFranta. As of 2017, he currently updates his page with new content every Monday.