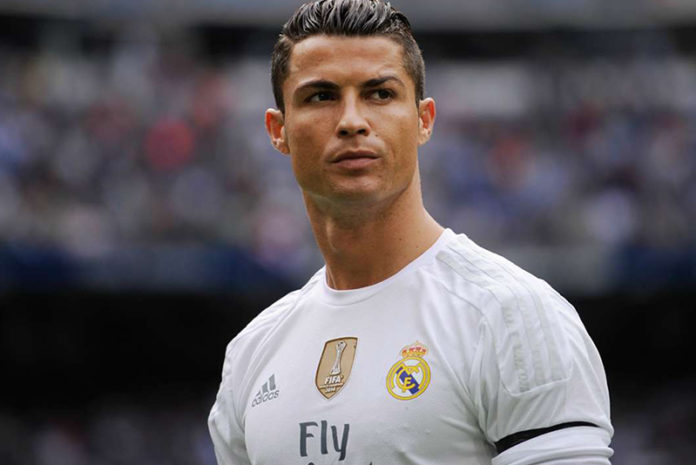 There are a lot of people out there who would make the argument that Cristiano Ronaldo is the greatest soccer player (or footballer) alive right now. It can’t be denied that he has accomplished incredible things on the field, and that he is highly talented. Even if you don’t like him personally, you can’t deny those facts. Soccer is the most popular sport in the entire world, so you can expect to have a lot of fans if you’re one of the best at it. Cristiano Ronaldo has droves of fans, and these fans are known to actively support him on social media. His fans can be found on a wide variety of platforms, including Instagram, Snapchat, Twitter, and Facebook.

Cristiano Ronaldo was born in February of 1985 in Madeira, Portugal. He was born the youngest in his family, with an older brother and two older sisters. Ronaldo began to play football at a very young age, and he showed a lot of promise at a young age. By the time he was just fourteen years old, Cristiano believed that he could make a real career out of athletics. His parents encouraged him to drop out of school so that he could more passionately pursue this line of work, which was a definite risk. A year after this decision, it seemed like that risk may not have paid off. Cristiano Ronaldo was diagnosed with a racing heart when he was just fifteen years old. 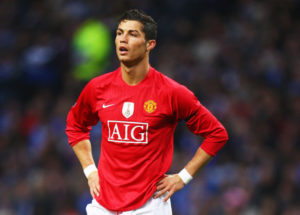 Although someone with a racing heart can live a happy and fully life, this condition could have pushed Cristiano out of football forever. However, Ronaldo went under the knife and received surgery that would basically negate it. He was able to get right back to his training, which allowed him to narrowly avoid that tragedy. The aspiring athlete got right into youth football, and at the age of eighteen he captured the attention of Alex Ferguson, who was the manager of Manchester United at the time. Ferguson regarded Cristiano as someone with a lot of potential, and the young man was officially signed to Manchester United prior to the 2003-04 season.

This was definitely a groundbreaking signing. First of all, Cristiano was the first Portuguese player to ever join the ranks of Manchester United at the time of his signing. Not only that, but his enormous transfer fee made him the most expensive teenager in the history of English football. (This has since been surpassed, but it’s still impressive.) Cristiano made an impression on the field almost as soon as he began. Very early on, he indicated that he was right where he needed to be. He was able to compete with the best of them, despite his age and despite his apparent inexperience. He didn’t really need age or experience. He was gifted. 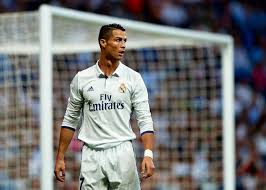 That isn’t to say that his career has gone off without any bumps or anything. He’s had some issues on field, and his critics claim that he is a serial diver and that he’s also quite arrogant in his play. However, numbers don’t lie. His accomplishments are almost unparalleled. He has won four FIFA Ballon d’Or awards in his career. He has won five league titles. He holds numerous records in the UEFA. Even on a national level, he has accomplished incredible things. In short, Cristiano Ronaldo has accomplished more than I could possible summarize in a single paragraph. He’s a remarkable athlete, and because of that, he has garnered an enormous amount of avid fans 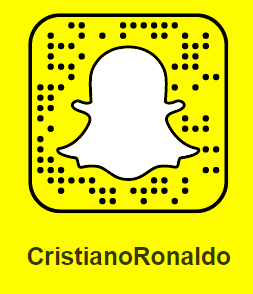 It took him a little while to join the bandwagon, but Cristiano Ronaldo has been on Snapchat for a good while now. If you want to add him, there are a few ways you can do so. One of the most simple things that you can do is just click the link right here. Other than that, you also have the ability to just search for Ronaldo’s account through his username, which is simply CristianoRonaldo. If that doesn’t work for you, then you also have the option of using the Snapchat app to scan his Snapcode, which I’ve included a picture of above.

Cristiano Ronaldo, like billions of other people, is on Facebook. I guess it’s only natural that one of the most popular athletes in the entire world would have an official, verified page on one of the most popular websites in the entire world. You can find him under @Cristiano. Take a look at Cristiano Ronaldo’s Facebook page by clicking the link here.

If you’re a Twitter user, then you may be interested in following Cristiano on there. You’ll be happy to hear that he does in fact have a Twitter account, and you can find him with the handle @Cristiano. Check out what Cristiano Ronaldo shares with his 56 million followers by clicking right here.

Believe it or not, but Cristiano Ronaldo is actually the most followed athlete on all of Instagram. Instagram is a very popular website among athletes, so this is a major achievement. He has a whopping 108 million followers on the platform. You can join those elite ranks, if you want. His account can be found under @cristiano, or by simply clicking the link that I have provided here.

It’s become clear by this point that Cristiano Ronaldo is known to follow trends, to an extent. Kik is one of the most popular messaging apps out there, so it’s possible that he uses it, right? Well, if Cristiano uses Kik, he hasn’t told anyone about it. He hasn’t shared any kind of username or code with the general public. Keep that in mind if you happen to find someone on Kik who claims to be this soccer star.