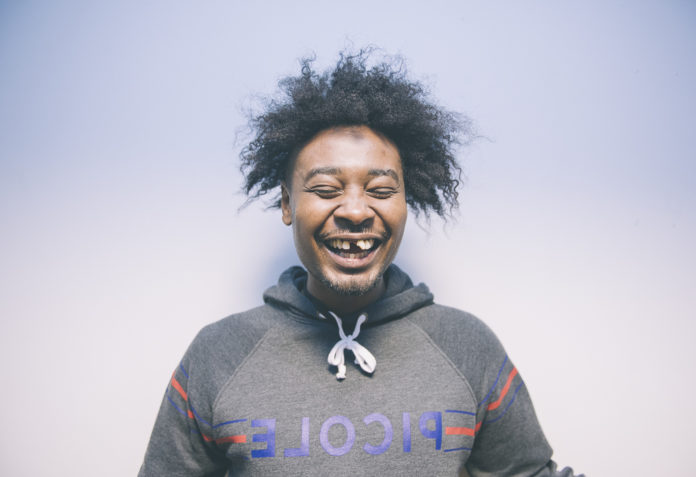 Danny Brown is a rapper who has been working in the industry since around 2010. He started out like a lot of rappers do, just by sharing mixtapes on a very small level. However, he has since become a legitimate musical artist, and over the years he has been able to collaborate with the likes of the Insane Clown Posse, Schoolboy Q, and ASAP Rocky. Due to his talent and memorable onstage persona, Danny Brown has been able to acquire a pretty dedicated fan base over the years. He has fans all over, and they support him across multiple social networks, including Instagram, Facebook, Twitter, and Snapchat. Sometimes, Danny will interact with these fans on social media.

Danny Brown, also known as Daniel Sewell, was born in March of 1981 in Detroit, Michigan. He was the product of a teen pregnancy, but his parents were dedicated to ensuring that he was brought up right. In fact, a lot of the stuff that they did with Danny during his childhood probably contributed to his future career choice. He learned how to rhyme because his mother read him a lot of Dr. Seuss books when he was young. His father, who was a disc jockey, exposed Danny to all different kinds of music when he was younger. Danny Brown grew up surrounded by music from the likes of LL Cool J and A Tribe Called Quest. Because of all of this, Brown decided that he wanted to be a rapper at a very young age. 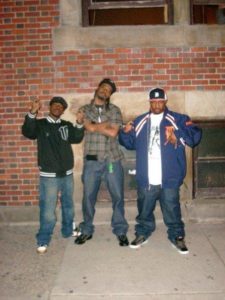 Despite his best efforts to stay off of the streets, though, Danny was dealing drugs by the age of 18. His parents split and his father left the family, which left him partially responsible for supporting his family. Although he initially planned on serving in this line of work for a little while, he ended up doing it for a lot longer, which ultimately resulted in him encountering legal trouble. Once he got out of jail, Danny fully committed himself to his career in rap. He kickstarted a hip-hop group with some other Detroit rappers. The group was called Rese’vor Dogs, and in 2003 they were able to release an album called Runispokets-N-Dumpemindariva. Their song “Yes” was moderately popular, but nothing really became of the group.

Danny Brown’s career really didn’t start to heat up until 2010, when he started to record and release mixtapes. These mixtapes were released as a series, which he dubbed Detroit State of Mind. Although these mixtapes obviously didn’t blow him up, they let him get his name out there while also developing his craft a little bit. The rapper released his debut album The Hybrid in 2010 with the help of an independent record label. The album went over pretty well critically, and in 2011 he was signed to an independent record label based out of Brooklyn called Fool’s Gold Records. This signing turned out to be a very good move on Danny’s part. 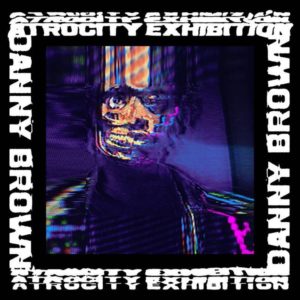 With Fool’s Gold Records, Danny was able to release his second album XXX. This album would put Brown out there in a major way. It received massive critical acclaim from a variety of different publications, being praised for its lyrical content and for Danny Brown’s comedic style. Since that album, Danny has only seen more and more success. In October of 2013, he released Old. It sold 15,000 copies during its first week, and it was also very well-received by critics. Just last year, Danny was able to release Atrocity Exhibition. Although it wasn’t as commercially successful as Old, it received just as much critical acclaim. Needless to say, Danny Brown has been able to become a highly accomplished and well-regarded rapper. 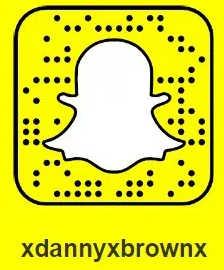 Danny Brown is on Snapchat, and you’re able to add him by doing a couple of different things. The most obvious way to add him would just be to search for him under his official username, which is xdannyxbrownx. A slightly more convenient method would be to use your Snapchat app to scan his Snapcode. An image of Danny Brown’s Snapcode is included above for your convenience. Finally, you can add the rapper on Snapchat simply by clicking the link right here.

Although Danny Brown’s fan base may not seem like one that would gravitate toward a site like Facebook, but Danny still has a pretty loyal following on the network. You can find Danny Brown’s official, verified Facebook page under @xdannyxbrownx. You can check his page out just by clicking the direct link here.

Danny Brown is also, unsurprisingly, on Twitter. He has over 400,000 followers on the social network, and you can join those followers any time you want as long as you have a Twitter account. You can follow Danny Brown by searching for him through his username, which is @xdannyxbrownx. Take a look at what Brown shares with his followers by clicking the link here.

Instagram is a very popular social network, especially among celebrities and musical artists. Danny Brown is both of those things, so it’s only natural that he would have an account. You can follow Danny Brown on Instagram by searching for him under xdannyxbrownx. Click the link here to see the kind of things that he posts.

Kik has been a very popular messaging app for years now. It’s used by millions of different people, and there are even some famous people who are known to use Kik. However, Danny Brown doesn’t seem to have a Kik account. If he does have one, then he has yet to share his Kik username or code with his fans. If Danny does have a Kik, then it’s private. So if you meet someone on Kik who claims to be this rapper, it’s very possible that they’re lying to you.