Daya Snapchat Name – What is Her Snapchat Username & Snapcode? 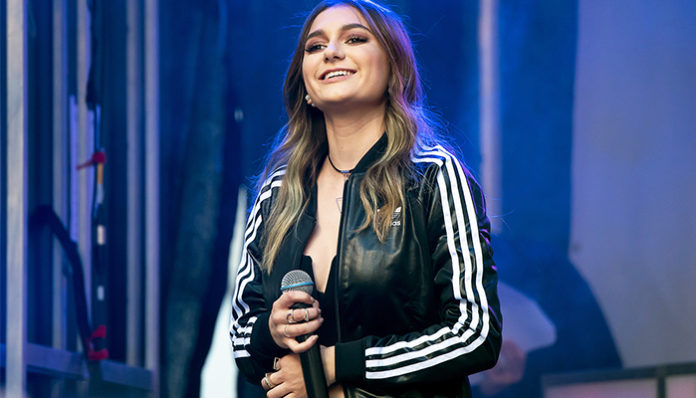 A talented singer-songwriter, Daya entered the music scene with her eponymous debut extended play in 2015. A former student at the Accelerando Music Conservatory, she was eventually invited to work on her own original material with Gino Barletta and Christina Chirumbolo. In April 2015, the singer released her first song, Hide Away.

Born on October 24, 1998 in Pittsburgh, Pennsylvania, Daya (Real Name: Grace Martine Tandon) was raised in the suburb of Mount Lebanon, where she went to St. Bernard School as a child. Later in her teens, she attended Mt. Lebanon High School from which she later graduated from in 2016. Musically inclined, she learnt how to play the piano at the age of three. By the time she was eleven, she had also taken up jazz, ukulele, guitar, flute, and saxophone.

Aspiring to get further in music, she started to study at the Accelerando Music Conservatory at the age of eleven. Ultimately, it was there that she earned the support of the owner Christina Chirumbolo and her colleague, Gino Barletta, who also happened to be a music producer. As part of a music camp, they eventually began working with the teen on creating her own original material in 2015.

Travelling to Los Angeles, they got to work at Paramount Recording Studios. Ultimately it was then that she wrote and recorded her first song titled, Hide Away. As one thing led to another, Daya was eventually introduced to the head of Z Entertainment. Having enjoyed her music, he eventually formed an independent label called Artbeartz to which she signed on to.

Her debut single, Hide Away ended up being released on April 22, 2015. Taken from her self-titled extended play, it eventually peaked at number 23 on the Billboard Hot 100 in the US. Not only that, but it later also reached the Billboard Adult Top 40, Mix Show Airplay, and Mainstream Top 50 charts. Outside of the US, the single also charted in Australia, Italy, Ireland, Canada, Belgium, the Netherlands, to name a few countries.

Written by Gino barrette, Scott Bruzenak, Grace Tandon, Brett McLaughlin, and Britten Newbill, it garnered positive reviews from critics who praised it as “a gorgeous debut.” In support of the single, Daya later performed the song at the Radio Disney Music Awards ceremony in 2016 alongside fellow singer, Kelsea Ballerini.

Responsible for breaking her into the music scene, the single has since been certified double platinum by the RIAA for selling over 2 million copies. Elsewhere, it also received platinum accreditation in Canada, New Zealand, and Australia. To date, the song’s official music video has been viewed over 14.7 million times on her Vevo Youtube channel.

Then on September 4, 2015, the singer came out with her debut extended play titled, Daya. Made available for streaming one day prior to its release online, the project consisted mainly of pop and electronic elements. Produced by Bruzenak, Barletta, and a couple of others, it featured six tracks including Hide Away, Sit Still Look Pretty, U12, Legendary, Thirsty, and Back to Me.

A solid release, it ended up reaching number 61 on the Billboard Hot 200 and number 14 on the Top Heatseekers Albums chart. Internationally, it also charted in Sweden, Canada, and Denmark. Upon its release, the EP garnered mostly positive reviews from critics, who lauded the teen’s “electronic-tinged sound and soulful vocals.”

The following spring, Daya released her second single, Sit Still Look Pretty. Taken from her EP, the song revolved around the theme of female empowerment- in the artist’s own words, “it’s about a girl who goes after her own dreams.” Produced by Barletta and Bruzenak, it entered the Billboard Hot 100 at number 100 and eventually peaked at number 28. Like her earlier single, it also charted in a few other countries including Slovakia, Canada and the Czech Republic.

Mostly recently, her debut album also titled, Sit Still Look Pretty was released on October 7, 2016. Produced by Jonas Jeberg, Scott Bruzenak, and Gino Barletta, the project boasted fourteen tracks including Love of My Life, Hide Away, Talk, Words, Got the Feeling, We Are, and Bak to Me. Though reviews were mixed, it went on to spawn three singles.

Upon its release, the studio album peaked at number 36 on the Billboard Top 200; across the border in Canada, Sit Still Look Pretty also reached number 40. As of 2017, more than 500,000 copies have been sold, earning it gold certification in the US. 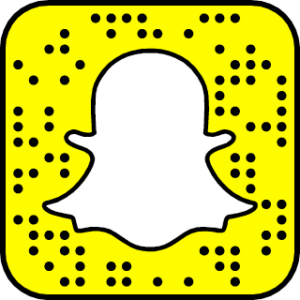 In August 2015, Daya announced through Twitter that she’d joined Snapchat. If you’d like to add the Grammy winner to your friend’s list, you can do so by clicking here.

If you want to follow the pop singer on Facebook, you can do so by liking Daya’s official page at @theofficialdaya.

Want to stay up to date with the star? You can follow her on Twitter at @Daya, where she has close to 200K followers already!

Feel like watching some of her music videos? You can view the MVs for most of her songs on her Youtube channel at @DayaOfficialVEVO.