Dej Loaf Snapchat Name – What is His Snapchat Username & Snapcode? 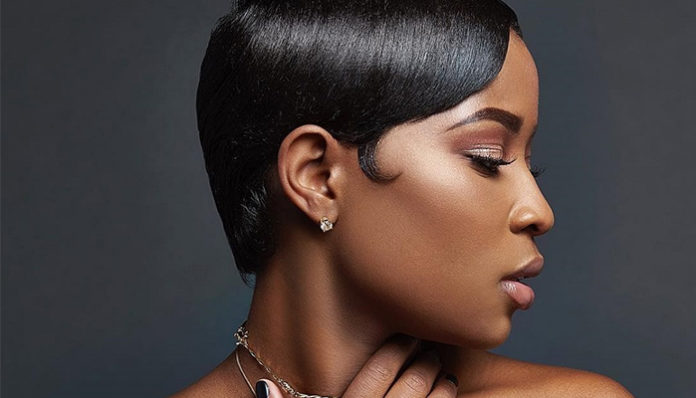 Hailing from Detroit, Dej Loaf first made her mark in 2012 with the release of her debut mixtape, Just Do It. Growing up listening to music with her parents, she started to write her own songs at the age of nine. Still, who would have thought that she’d turn out to be an R&B star years later? Adopting her current stage name, she began her music career in 2011.

Born on April 8, 1991 in Michigan, Dej Loaf (Real Name: Deja Trimble) grew up in Eastern Detroit. Exposed to music at a young age, as her parents often played the songs of Miles Davis and Rakim in the house, she developed an interest in the art form early on. By the time she was nine years old, she was penning her own original tracks. After graduating from Southeastern High School, where she played basketball, she went to Saginaw Valley State University where she studied nursing.

However, her passion for music soon grew to become an even greater priority; after studying at college for three semesters, Dej dropped out to pursue a career as a recording artist. Adopting her current stage name, which is a portmanteau of her given name, she kick started her career in 2011. A year later, she independently released her first mixtape titled, Just Do It.

On October 15, 2014, the hip hop artist came out with her debut single, Try Me via Columbia Records. Written entirely by Dej, it proved to be a solid release for the newcomer, having reached as high as number 45 on the Billboard Hot 100. Soon afterwards, the song also peaked at number 12 on the US R&B/Hip Hop Songs Albums chart. By the end of the year, an accompanying music video had been uploaded onto Youtube- one that has since garnered over 62.2 million views. As of April 2015, the single has been certified gold by the RIAA.

The following month, Dej’s popularity received a boost after she contributed to the hit song, Detroit Vs. Everybody. Released on November 11, 2014, the single was a collaboration with Eminem, Trick-Trick, Danny Brown, Big Sean, and Royce da 5’9”. Featured on the compilation album, Shady XV, it featured production by Statik Selektah and Eminem.

Met with considerable positive reviews, Detroit Vs. Everybody garnered positive praises from Complex Magazine as well as Rolling Stone. Though it didn’t chart on the Billboard Hot 100, it did reach number 28 on the Hot Hip Hop Songs Chart in the United States, as well as the Billboard Digital Songs and Bubbling Under Hot 100 Singles Charts. Outside of the US, the single also charted in Canada and Australia. As of 2017, the official MV has been viewed over 39 million times.

Her next big release came in 2015, when she dropped the single, Me U & Hennessy. Another display of her songwriting skills, it ended up reaching number 38 on the US Hot R&B Songs Chart and number 6 on the Bubbling Under Hot 100 Chart. Released as a digital download, the official remix featured popular rapper, Lil Wayne.

Soon afterward, Dej released another single titled, Back Up. Made available on July 15, 2015, it was written by the artist with help from Clinton Gosberry, Sean Anderson, and Kyle Adams. Taken from her debut EP, the song remains to be her most successful record to date, having peaked at number 47 on the Billboard Hot 100 after entering at number 83. Not long afterwards, it also settled at number 16 on the Hot Hip Hop Songs Chart. As of October 2016, it has gone platinum in the United States.

Her long awaited EP, …And See That’s the Thing was eventually released on July 31, 2015, just a few weeks after the single. Produced by the likes of iRocksays, DDS, Smash David, Izze The Producer, and J. Vaughn, it came with six tracks: Been On My Grind, Desire, Butterflies, We Winnin, Hey There (Feat. Future), and Back Up (Feat. Big Sean). Praised by several publications including XXL Magazine, the project peaked at number 47 on the Billboard Top 200, number 8 on the Top R&B Albums and number 6 on the Top Rap Albums Charts.

Since then, Dej has come out with a few other singles including Hey There, In Living Color (Oh Na Na), and No Fear, the first of which later became her second gold record. In addition to those, she’s also released two mixtapes over the past couple of years, All Jokes Aside, and Fuck a Friend Zone (With Jacquees).

In 2015, the artist teamed up with Kid Ink for the hit song, Be Real. Taken from the latter’s third studio album, it was released online on March 31, 2015. Co-written by Dej, it quickly rose to number 43 on the Billboards Hot 100; not only that but it also charted decently on the Billboard Rhythmic and Hot R&B Songs Charts. As of 2017, the single has received platinum accreditation from the RIAA, having sold over one million copies.

Some of the other songs which she’s appeared in include The Game’s Ryda, Casey Veggies’ Tied Up, Elijah Blake’s I Just Wanna, Chevy Woods’ All Said and Done, among others. Over the years, she has also worked with Dreezy, Oba Rowland, Locx, DJ Carisma, Chris Brown, and 51 Reese, to name a few. 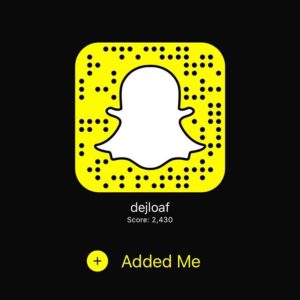 In October 2015, the artist made the announcement that she had joined Snapchat via Twitter. If you’d like to add Dej Loaf to your friend list, you can do so by clicking here.

Want to see some of the star’s photos? You can do so by following her over at her official Instagram account at @dejloaf.

Looking for an easy way to stay connected with the singer? Why not follow her on Twitter at @DeJLoaf?

Feel like listening to some of her songs? You can watch most of her music videos on her official Youtube channel at @dloafmusic.