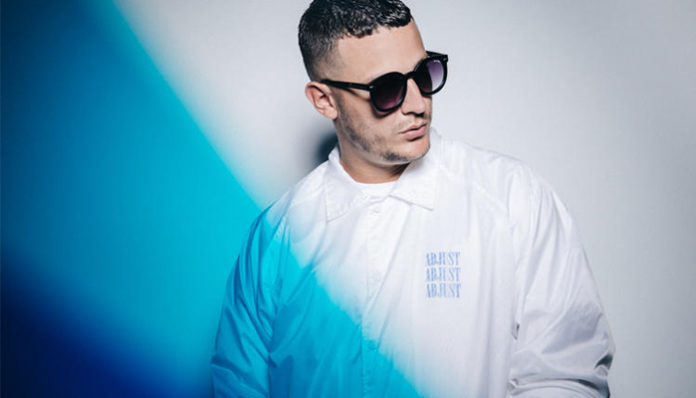 A two time Grammy-nominated record producer, DJ Snake came out with his debut single, Turn Down for What in 2013. A deejay since the age of fourteen, he’s worked with numerous big-name artists including Lady Gaga, Kanye West, and Lil John, to name a few. As far as solo works go, he’s released a studio album and eight singles, many of which have since gone platinum in the US.

Born on June 13, 1986 in France, DJ Snake (Real Name: William Sami Etienne Grigahcine) grew up in the suburbs of Paris. Gravitating towards music at a young age, some of his earliest influences include Cypress Hills and KRS-One. A graffiti artist as a teen, he earned himself the nickname of “Snake” after being able to constantly evade the police. After getting into DJ-ing at the age of fourteen, he started to produce his own beats by the time he was nineteen.

Early in his career, the DJ performed at several clubs including Paris’ Les Bains Douches. Ultimately, it wasn’t until 2005 that he was encouraged to create his own music after meeting his eventual manager, Steve Goncalves.

Eventually going mainstream, DJ Snake helped to produce Lady Gaga’s 2011 album, Born This Way. Even before that, he had helped to co-produce her song, Government Hooker in 2010. A multi-platinum hit, it netted him a Grammy Award nomination for Album of the Year in 2012. Looking back, it was ultimately his contributions to the pop artist’s music that brought him initial fame.

Over the next year, the deejay worked with several other stars including Kanye West, AlunaGeorge, Major Laser, and Duck Sauce.

In December 2013, the record producer released his first single, Turn Down for What with rapper, Lil Jon. Written by DJ Snake, its trap and bass elements captured the attention of fans almost immediately; accompanied by a viral music video, the song quickly became a smash hit. In the United States, the track peaked at number four on the Billboard Hot 100 and number one on the Billboard Rhythmic and Hot Dance Songs charts; it later also reached the Mainstream Top 40, and Hip Hop Airplay charts as well.

Outside of the US, Turn Down for What also enjoyed similar success overseas, having charted in several countries such as France, Ireland, Germany, Australia, Belgium, and Canada. Within less than a year, it had gone platinum five times after selling more than 5 million copies in the United States.

Then in February 2014, DJ Snake teamed up with Dillon Francis for the single, Get Low. Incredibly popular at night venues, the song was later featured in the popular action film, Furious 7 in 2015. Featuring an Arabic style of folk music, it reached as high as number 61 on the Billboard Hot 100. Additionally, it also charted at number 30 on the Billboard Rhythmic and number 50 on the Dance Club Songs chart in the US. An overall success, it eventually received platinum certification from the RIAA.

Later that fall, he released a trap remix of You Know You Like It with AlunaGeorge. Featured in The Amazing Spider-Man 2 (2014), the remix ended up peaking at number 13 on the Billboard Hot 100, number 7 on the Mainstream Top 40 and number 1 on the Billboard Rhythmic charts. Comparable in terms of success to his previous single, it soon became his second platinum record in the United States.

On March 2, 2015, the DJ dropped the song Lean On, another collaboration this time with Major Laser. Featuring Danish singer MØ, the critically acclaimed track reached number 4 on the Billboard Hot 100 and number 1 on the Hot Dance/Electronic Songs chart. One of the most streamed songs on Spotify that year, its accompanying music video has since been viewed more than 2.1 billion times. Since then, Lean On has gone 4x platinum with over 13.1 million copies sold around the world.

His next big hit, Middle came out as a digital download on October 16, 2015. Featuring Bipolar Sunshine, it ultimately served as the lead single from his debut album. Shortly after its release, the track charted at number 20 on the Billboard Hot 100; it later also snagged a spot on the Billboard Dance Club Sons, Mainstream Top 40 and Rhythmic charts. Within a year, Middle had achieved 2x platinum status in the US.

Finally on August 5, 2016, DJ Snake released his debut album titled, Encore via Interscope Records. Executively produced by himself, it came with fourteen tracks including Oh Me Oh My (Feat. Travis Scott, Migos and G4shi), Let Me Love You (Feat. Justin Bieber), Her Comes the Night (Feat. Mr Hudson), and Talk (Feat. George Maple).

Soon afterwards, the album entered the Billboard Top 200 at number 8 with approximately 32,000 sales. Nothing short of a success, it garnered more than 16.9 million streams by the end of the first week. A global hit, Encore also charted as tar as Korea and Taiwan.

Although he hasn’t appeared on television as much as some other artists, he has graced the screens a few times. For instance, DJ Snake has been featured in The Tonight Show Starring Jimmy Fallon (2015), and Good Morning America (2015). As far as French-language programmings who, he’s also made a couple of appearances in Le grand journal de Canal+ (2015), and Le gros journal (2016).

In addition to that however, he’s also garnered nominations for two iHeartRadio Music Awards, a Kids’ Choice Award, an NRJ Music Award, as well as a Teen Choice Award.

In 2015, DJ Snake partnered up with Electric Family for a series of charity bracelets. Made available that summer, the proceeds went towards Bridges for Music, a non-profit that helped to bring disadvantaged communities together through music. 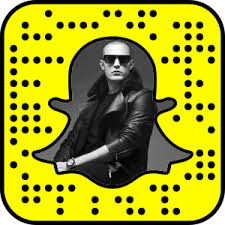 DJ Snake made the plunge to join Snapchat in March 2015. If you want to add the deejay to your Snapchat account, you can do so by clicking here.

If you want to follow the DJ on Facebook, you can do so by liking his official page at @djsnake.fr.

Looking for a way to stay connected with the star? Why not follow DJ Snake on Twitter? You can find him on the platform at @djsnake.

If you want to view some of his pictures or videos, you can do so by following him on Instagram at @djsnake.

If you feel like listening to some of his beats or watching some of his music videos, you can do so at his Vevo Youtube channel at @DJSnakeVEVO.