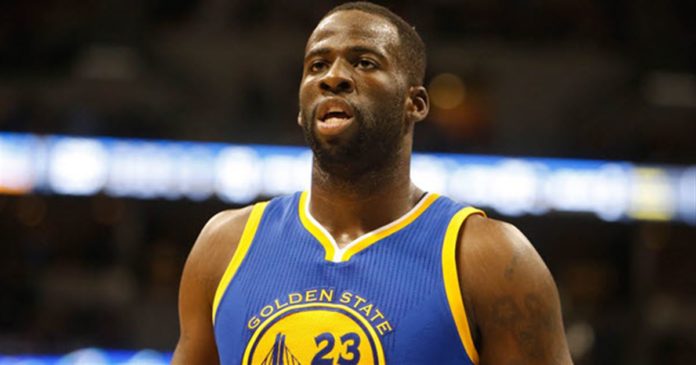 Draymond Green has only been in the NBA since 2012, but in more recent seasons, he has emerged as one of the most valuable members of the Golden States Warriors. With his help, the Warriors have been able to win two NBA Championships in the last three seasons. He plays both as a center and as a power forward for the team, and the team just wouldn’t be the same without him. The Golden State Warriors are a popular team, and so it’s only natural that Draymond would have a ton of fans. These fans are known to show their support for him on social networks like Twitter, Instagram, Snapchat, and Facebook. Sometimes, Green will interact with his fans on these platforms, as well.

Draymond Green was born in March of 1990 in Saginaw, Michigan. His basketball career began at Saginaw High School, where he began to play for the varsity team during his sophomore year. He had a fairly successful sophomore and junior year, and although he wasn’t attracting the attention of NBA scouts or anything like that, he was able to help pull his team to the Class A State Championship. During his senior year, Green indicated he would be playing basketball in college for Michigan State. With his continued leadership, Saginaw’s basketball team became one of the most competitive in the entire country. Draymond hoped to carry this success with him through college. 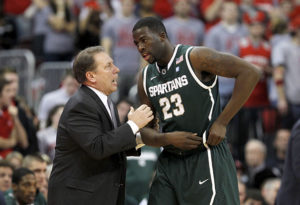 During his freshman year with Michigan State, Green admittedly didn’t have much of an impact with the team at first. However, during the school’s tournament run, his performance significantly improved. He continued to improve his play in his sophomore year, when he appeared in the same number of games and saw his stats basically double. By a unanimous vote, Green ended up being named Big Ten Sixth Man of the Year during this time. (This would make him the first person in Michigan State history to hold this honor.)

Green ended his career with Michigan State on a high note. He continued his trend of remarkable play, and he ended up being named Big Ten Player of the Year. By the end of his collegiate career, he had become one of the few people in Michigan State history to record over 1,000 points and over 1,000 rebounds. Draymond was drafted by the Golden State Warriors in the 2012 NBA Draft with the 35th overall pick. He signed a three-year deal with the team. During his first year with the team, he didn’t get a lot of time on the court. However, he made the most of the time that he did have. It became apparent pretty quickly that he had a very positive impact on the team’s performance. 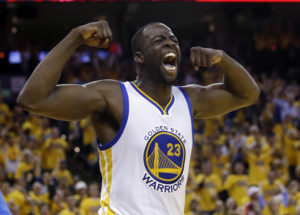 Prior to the 2013-14 season, Green lost a lot of weight, which obviously improved his performance. He played in all 82 games during that season, and he was praised for his defensive abilities. In the following year, he had a major breakthrough. He ended the season as the runner-up for both the Defensive Player of the Year Award and the Most Improved Player Year. Without Green, the Golden State Warriors may have not been able to win an NBA Championship that year. In the following year, Draymond extended his contract with the Warriors, and he was able to earn his very first All-Star selection. Although Green and the Warriors didn’t win the championship that year, they were able to win it in the following season. Draymond topped the 2016-17 season off by being named the NBA Defensive Player of the Year. Needless to say, this guy is seriously on the rise in the sports world! 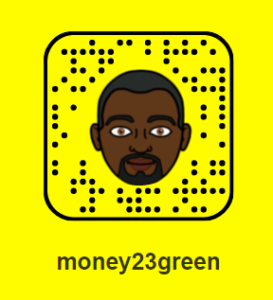 Draymond Green has been on Snapchat for a little over a year now. You can find him on the platform under the username money23green. If you’re looking to add Draymond Green on Snapchat, I’ve included an image of his Snapcode above for your convenience. You can scan this code using the official Snapchat app. If you don’t want to do that, then you can also add him on Snapchat simply by clicking the direct link right here.

If you’re a fan of Draymond Green and if you have a Facebook account, then do I have news for you! He has an official, verified Facebook page, which you can find by searching for @draymondgreen. Over 500,000 people have liked this official page. You can check it out by clicking the link here.

Like plenty of other athletes, Draymond Green is known to regularly use Twitter. He has just under one million followers on Twitter, and you can find him on the platform under the handle @Money23Green. Take a look at the kind of stuff that he shares with his followers by clicking the link here.

Although Draymond Green has a large following on both Facebook and Twitter, most of his fans interact with him through Instagram. Green has over 2.5 million followers on the image-based social network. His Instagram username is money23green, and you can find his page by clicking the link right here.

Kik is a very popular messaging platform. It’s mostly used personally, and not as social media as we traditionally think of it. However, Draymond Green is known to use his Snapchat in a more personal way. Does that mean that he could have a Kik account? Well, as of this writing, Green has not released any information regarding his personal Kik account. If he does have a Kik username or code, then he has chosen not to share it with his fans. Knowing that, if you encounter someone on Kik who claims to be this basketball great, then I would take their claim with a huge grain of salt.