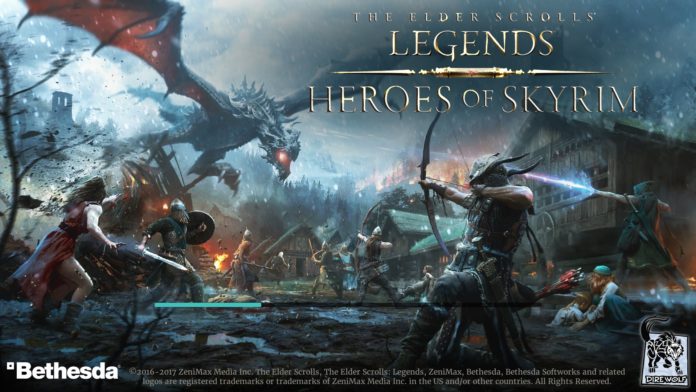 If you’re like me, you love the Elder Scrolls series. The lore, the games, even the silly web series that have arisen from it (looking at you, Senile Scribbles) are a great way to waste time. Another great way t

o waste time happens to be online card games similar to Hearthstone, so you can imagine my joy when discovering there was a game that combined both into something not only well designed, but incredibly fun. Elder Scrolls: Legends can be a bit daunting to someone new to the game style, or someone who wants to get competitive, but here we’ll take a look at some tips, tricks, and ways to “cheat” current patches to make truly a legend. 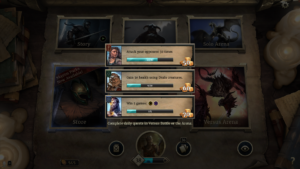 Now, one feature that is often complained about in this style of game is that they are “pay to play” and in early game, this can be seen as true. With the new season and the Skyrim cards coming out, I will be the first to admit that my first match facing dragons was full of mumbling expletives and ending the match sending over a “nice play” and “good game” combo. That being said, after a bit of play I now find Dragons a minor annoyance because I have done two things. One, I’ve refined my deck to my style (more on this later) and two, I have done daily challenges to get gold to unlock cards and missions to make my deck all the more strong. To do this, you can have two approaches. If you have a lot of time to kill, feel free to do a mission a day and a bonus mission which occasionally appears. Otherwise, wait about three days and you can stack missions together and complete them simultaneously (usually). Try to gear your mission choices towards cards you already know how to use and summon easily, and if you’re having trouble, consider building a mission specific deck.

Somewhat in line with what was said earlier, while it may be tempting to get card packs early on, it’s not always the best route. The truth of the matter is some daily challenges will give you packs of cards instead of coins, and most missions will give you specialized cards as well. This turns what would be a good deal of 50 or so cards for $6 into what amounts to around 10 unique cards per deck purchased. The fact of the matter is most of those unique cards aren’t exactly worth the purchase unless you are running super specific (and thus easily beatable) decks.

A good deck in Elder Scrolls: Legends is like a good book. You’ve got to find a theme (or at most, two) to center your deck around to make it really viable. Notice I said theme, and not cards. With roughly a 2-6% chance of drawing a card you want at most (assuming minimum deck size of 50) you don’t want to center an entire game around a singular card, no matter how good it is. Instead, focus on strategy. For most beginners, I would suggest starting with monk decks, which are Willpower and Agility (yellow and green) based. Most willpower cards allow for multiple summons and drain, or taking advantage of other summons. For this, using cards like Bruma Profiteer, Fifth Legion Trainer, and plenty of grunt summoning cards are great, as you can gain up to 7 health and have a total field attack of 12 in one turn. Pairing this with agility cards like Spriggans, Giant Bats, lethal and guards make for an all around good deck that relies on draining enemy health while gaining a numbers advantage. For midrange players, I would suggest experimenting with mono themes (Endurance and Strength decks in particular) or Crusader (Strength and Willpower) decks. Lastly, as of current patch, Spellswords are downright broken if played correctly. As seen on the side, you can gain massive health and leave your opponents in awe of what’s been done. This deck relies on primarily Necromancy based Endurance cards (brings back summons from the grave, or affects discarded cards like with Skeletal Dragon), and summon health gains and guards through Willpower. With this strategy, I usually have about a 40 point lead on the opponents if I win, but if I do lose, I lose hard. Speaking of which, our next tip.

To get good, you have to know what’s making bad. Particularly, how you are losing. Are you running into enemy defenses that trip you up mid game? Look into adding Lethal cards, more weapons, or heavy hitting cards. Do you find yourself out of cards and just waiting to get runes smashed in before you can do anything? Last Gasp cards which draw power, Blood Pact Messenger, or Falkreath Defiler may help you. Whatever the issue, there is usually a work around for any deck, the problem is finding it. For me, I often had a problem of having a strong early game with massive leads, but within 6 turns slowing down and playing maintenance until I could nickel and dime the opponent down. For the Monk deck, Namira’s Ring (allows you to give damage to your opponent equal to that gained by you) helped out immensely, especially when paired with drainers, health potions or Bruma Profiteer. Likewise, the Night Mother card (which can be in any deck) is great and a reason to complete the Dark Brotherhood campaign in and of herself; Sure, you have to summon enemy creatures, but after twenty creature kills, takes drains 20 health to your opponent and allows the draw of 10 cards. When paired with Namira’s ring it can usually assure victory, and with a card like Cicero can be a massive pain. Remember that no one card will make your deck perfect, but features can.

The Arena can be seen as a great equalizer. People are given a random assortment of card choices for a deck, you try and fashion a strategy and face off against everyone else and see how you fare, with rewards being given according to success. But, of course, at the cost of 150 coins or a ticket which is purchasable. Now, this is a great game mode, especially when the Sheogorath tournaments start up (basically the lanes can have any number of effects which really livens the place up), but I would advise saving it for after the story mode. Story helps you get acquainted with different game modes and cards, and become more well rounded so you can get the highest rewards for the coin spent (both in game and otherwise).

Some people like big decks, some people like small decks, and sometimes size just doesn’t matter. In Elder Scrolls: Legends, you are given about a 20 card leeway from 50 to 70 on how big you want your deck to be, and most people agree that smaller is better as it increases the chance of you drawing a card right when you need it. However, if you are like me, you enjoy multiple routes to a win and thus a card count closer to 60 works out better. This is true especially for decks that manipulate card count, as decking out does cause significant damage quickly, and can stack with broken runes.

Sounds obvious, right? Look at the card to see what it does. But even myself, a graduate student who reads and writes probably more than is healthy (and has a caffeine intake that will make my future children have jitters) will sometimes not read a description, then toss the card in a deck only to discover the effect is limited to cards that I don’t have. This is forgivable in standard play, as you can go back and edit out what you need to as a refinement method, but in the arena? You make a mistake with card selection and you’ve kneecapped yourself all the way to the finish line. Knowing who does what and when is absolutely critical at every step of the game, for any strategy, and is thus the final and most important tip for Elder Scrolls: Legends.

Have we forgotten anything? Have you found an excellent loop, strategy or tip you’d like to share? If so, please feel free to leave a comment.