Flo Rida Snapchat Name – What is His Snapchat Username & Snapcode? 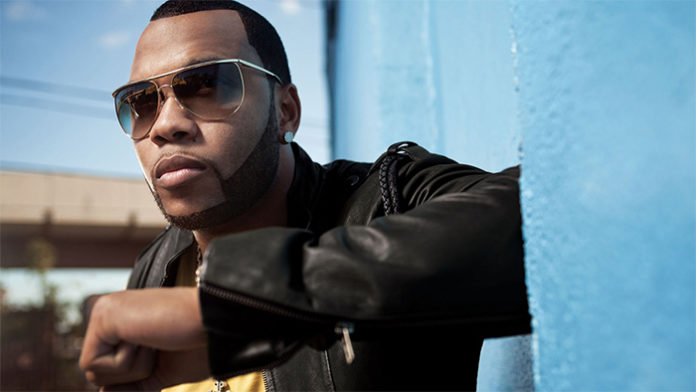 One of the best-selling artist in the world, Flo Rida first made his mark in 2008 with the debut single, Low. Hailing from Florida (thus his stage name), he got into hip hop as a teen, after joining a group called the GroundHoggz. After performing with the crew for several years, he set his eyes on a professional music career in 2000.

Born on September 16, 1979 in Carol City, Florida, the rapper (Real Name: Tramar Label Dillard) sang in a gospel group with his seven sisters growing up. Later when he was in ninth grade, he became a member of GroundHoggz, an amateur rap group that consisted of two other teens. After graduating from high school, Flo Rida went to the University of Nevada, Las Vegas briefly, where he majored in international business management, before transferring to Barry University.

However in the end, he decided to return to his hometown in Florida to pursue a rap career.

How Did Flo Rida Become Famous?

After signing with Poe Boy Entertainment in 2006, the aspiring artist released his debut single, Low which featured fellow rapper, T-Pain. Co-written by the two, it came out as a digital download on October 9, 2007. A catchy, up-tempo track, it entered the Hot 100 at number 91 and eventually peaked at the top a few months later. A huge hit, it instantly turned Flo Vida into a household name.

Not only did it reach number one on the Hot 100, but it eventually also topped the  Rhythmic, Mainstream Top 40, and Hot Rap songs charts; as well, it also charted at number nine on the Hot Hip-Hop Songs chart. Lauded by critics, it eventually became the most downloaded song of the 2000’s, with more than 6 million downloads worldwide. To date, Low has gone platinum eight times in the United States.

On March 18, 2008, his debut Mail on Sunday dropped. Supported by three singles, its production was handled by the likes of Hit-Boy, Honorable C.N.O.T.E., DJ Frank E, and Fatboi, among others. Featuring guest appearances from Birdman, Timbaland, Sean Kingston, and Yung Joc, it debuted at the fourth position with over 86,000 first week sales. Some highlights from the project include the songs: In the Ayer (Feat. will.i.am), All MY Life, Elevator (Feat. Timbaland), and Ms. Hangover.

A year later, Flo Rida released R.O.O.T.S. on March 31, 2009. Preceded by the singles Sugar, Right Round, and Shone, it boasted thirteen tracks including Mind On My Money, Touch Me, Never, Finally Here, and Rewind; like his earlier effort, it also included appearances from artists such as Winter Gordon, Akon, Ne-Yo, and Wyclef Jean. In the United States, the album reached as high as number eight on the Billboard 200, number three on the Billboard Rap Albums and number six on the R&B chart.

His third studio album, Only One Flo (Part 1) was released on November 30, 2010. Recorded at several studios in California, it contained elements of both hip house and dance, as well as hip hop. His first album not to be accompanied with a parental advisory sticker, it entered and peaked on the Billboard 200 at number 107. Outside of the US, the project also charted in Canada, Australia, and the UK. Flo Rida’s least successful release to date, it has sold close to 100,000 copies as of 2017.

Flo Rida released Wild Ones on July 3, 2012. Responsible for several hit singles including Good Feeling, Wild Ones (Feat. Sia), and Whistle, all of which have received multi-platinum status, it peaked at number 14, selling over 31,000 units in the initial week. Despite some mixed reviews from critics, the album was an overall success, having charted in over a dozen different countries all around the world. As of 2017, more than 311,000 copies have been sold in the United States.

One of the biggest names in the rap scene, Flo Rida has received countless industry awards since his debut. A four-time Grammy Award nominee, he has received a Teen Choice Award for Choice Hook-Up, an ARIA Music Award for Highest Selling Single, an APRA Award for Urban Work of the Year, and an International Dance Music Award for Best Rap Track, among countless other nominations.

The rapper is not rumoured to be dating anyone, from what we can tell. In fact, he hasn’t been pictured with anyone since he broke up with his ex-girlfriend, Melissa Ford, with whom he was with for one year in 2011.

At one point, he was sued for child support by Gloria Holloway in 2013. Fortunately for him, the child in question was later proved not to be his child following a paternity test. 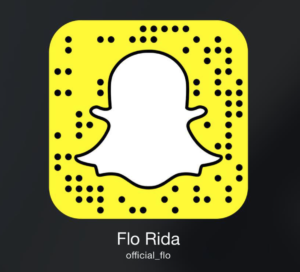 If you’d like to add Flo Rida to your friend’s list, you can do so by clicking here.

You can go check him out at @officialflo.

You can check him out on Twitter at the name @official_flo? Over 5 million fans have already done so!

If you’re interested in seeing some photos/videos, you can follow Flo Vida over on Instagram at @official_flo. As of 2017, he already has over 640K followers on the app!

Feel like listening to some of his songs? Watching some of his MVs? Be sure to give his Youtube channel a visit over at @officialflo.