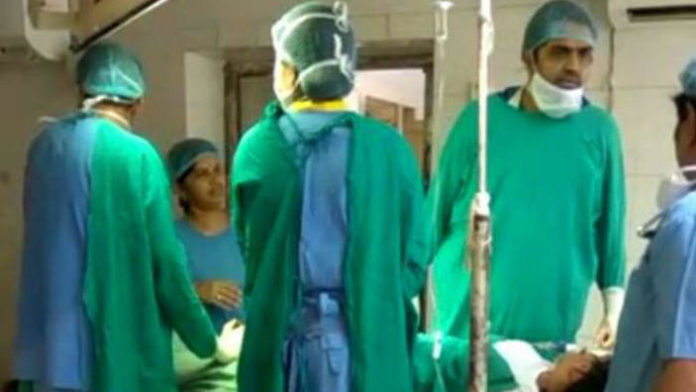 A hospital in India has launched an investigation after two doctors began fighting during an operation. The two doctors have been temporarily released from their duties after a video of the incident surfaced online.

The hospital says the doctors were arguing over a pregnant patient. The video of the incident has gone viral. Officials say the source of the video is not known but they think it came from someone in the hospital.

During the video, the two doctors are seen trading insults and arguing about whether the patient had eaten before the surgery. The viral video has also led to confusing reports about what happened during the operation.

According to the superintendent of the hospital, who spoke to the BBC, the media reported after the video surfaced that the baby had died. She confirmed that a baby did die but that it happened on another operating table in the same room. She told the BBC that the incidents are not linked.

It is the second video of an operation that goes viral in recent months. Back in May, a video of an operation showed a surgeon and a nurse fighting. The surgeon and nurse were reportedly dating at the time and the two are seen hitting each other as other surgeons and nurses watch. The video ends with surgeons and hospital staff calming the situation and walking out of the operating room while others continue the operation.