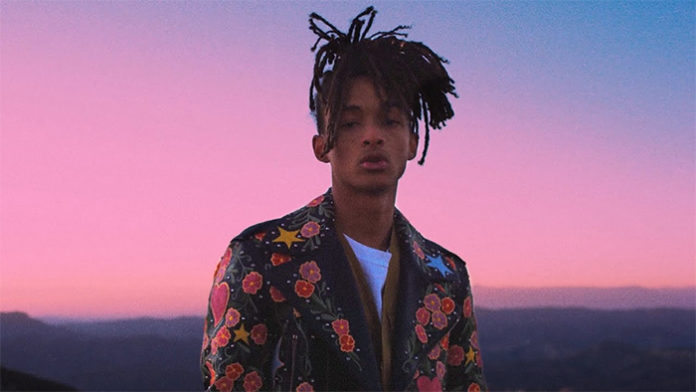 The son of well known actor Will Smith, Jaden Smith began acting at the age of eight. Since then, he has appeared in several other films including The Day The Earth Stood Still (2008), The Karate Kid (2010), and After Earth (2013).

Born on July 8, 1998 in Malibu, California, Jaden Smith is the son of Will and Jada. Despite their stellar pedigree, their parents have raised them to understand the reality of life; as children, the siblings often volunteered at nursing homes and orphanages. Growing up, Jaden studied with a home tutor (due to his busy acting schedule), and excelled at math.

How Jaden Smith Rose to Fame as a Child Star

Having inherited his father’s flair for acting, he made his official debut in All of Us (2003)– a television series created by none other than his own parents, Jada Pinkett and Will Smith- at the age of six; a comedy, its storyline was based on their own blended family. In the sitcom, Jaden played as the character of Reggie for six episodes.

However, it wasn’t until a few years later that he shot to stardom- this time on film. In 2006, Jaden played alongside his father in the drama movie, The Pursuit of Happyness. A biographical title directed by Gabriele Muccino, it centred around the real life experiences of Chris Gardner’s one-year long struggle with homelessness.

Based on Gardner’s best selling memoir, the motion picture starred Will Smith as Gardner, the homeless salesman in question. The film’s co-star, Jaden played at his son, Christopher Gardner Jr. Despite being only eight years old at the time, his performance garnered critical acclaim from viewers and critics. Nothing short of successful, The Pursuit of Happyness ended up taking in over $307 million at the box office.

Nominated for both a Golden Globe and an Academy Award, the film eventually also netted the child actor a Teen Choice Award (e.g. Choice Movie Chemistry), a PFCS Award (e.g. Best Performance by Youth in a Leading Role) and an MTV Movie Award (e.g. Breakthrough Performance). In addition to that, he was also nominated for a NAACP Image Award, a Black Reel Award, as well as an award form the Broadcast Film Critics Association.

Ultimately, it was this role that launched his acting career. To this day, The Pursuit of Happyness remains to be one of the greatest highlights of his filmography.

Two years after his breakthrough, Jaden landed a role in the science fiction film, The Day the Earth Stood Still. Based loosely on the 1951 of the same name, it told the story of an alien named Klaatu, who tries to eradicate humans from planet Earth. While actor Keanu Reeves played as the alien messenger, Jaden portrayed the role of Jacob Benson, the rebellious stepson of a famed astrophysiologist.

Released in theatres on December 12, 2008, the movie quickly took the number one spot at the box office- during its opening weekend along, it had grossed over $30 million. By the time it closed, the film had yielded more than $233 million worldwide. Jaden’s second commercial hit, his portrayal in the film later earned him a Saturn Award For Best Performance by a Young Actor.

Then in 2010, his popularity peaked again with the release of the martial arts film, The Karate Kid. Produced in part by Jaden’s parents, it starred him alongside Taraji P. Henson and Jackie Chan as the main protagonists. Filmed in Beijing, the movie followed twelve year old Dre (played by Jaden) who after moving to China, finds himself learning the secrets of self-defence from a kung fu master.

Screened on June 11, 2010, The Karate Kid saw another amazing performance from Jaden, who was only twelve years old at the time. Hugely popular, the film grossed $56 million in its opening weekend in North America. His second greatest role after that of Christopher Gardner, Jr. in The Pursuit of Happiness (2006), it ultimately netted him a Young Artist Award (e.g. Best Leading Young Actor in a Feature Film) and a BET Award, among nine nominations.

Finally in 2013, Jaden starred in his latest movie, After Earth opposite of his father, Will Smith. A post-apocalyptic film, it told the story of a group of humans who get into conflict with a mysterious alien race, years after Planet Earth have been abandoned. Despite lack-lustre reviews, it was a commercial success, having grossed $243 million from a $130 million budget. For his role as Kitai Renge, the son of a high-ranking peacekeeping general, Jaden was nominated for an  MTV Movie Award.

Although most of his notable work was on film, Jaden has also appeared on television a handful of times. In fact, as mentioned earlier, his official acting debut was in that of the TV sitcom, All of Us (2003).

In 2008, the actor played a guest character in the Disney comedy, The Suite Life of Zack & Cody. From there, it wasn’t until 2016 that he returned for a pilot titled, Brothers in Atlanta– unfortunately, it had never taken off.

Shortly afterwards, Jaden was cast as a recurring role in the musical drama, The Get Down (2016), starring Justice Smith, Shameik Moore, Herien F. Guardiola, and Skylan Brooks.

Most recently this year, he also made a guest appearance in the series, Nashville (2017).

The former child star is currently dating actress Odessa Adlon. According to tabloids, the two were just recently spotted grabbling lunch together this June.

Prior to this, he was in a relationship with Sarah Snyder from 2015 to 2016. In the past, he’s also dated Amanda Stenberg, Kylie Jenner, Stella Hudgens, Sofia Richie, and Madison Pettis.

Jaden Smith as a Rapper

In the fall of 2012, the actor broke into the hip hop realm with his debut mixtape, The Cool Cafe: Cool Tape Vol. 1. Two years later, he followed up with his second endeavour, CTV2, also released as a digital download.

Since then, he has released nine singles including Pumped Up Kicks (Like Me), Find You Somewhere (Feat. AcE and Willow Smith), Scarface, Fallen, 4 My 1, Watch Me, and Batman.

In 2011, he collaborated with popular pop idol, Justin Bieber on Never Say Never– a huge hit that ended up going platinum in the United States.

The last that we’ve heard, Jaden has been working on his debut studio album, titled Syre. 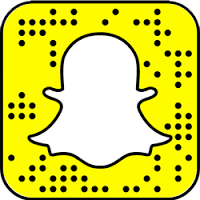 If you’d like to add Jaden Smith to your Snapchat account, you can do so by clicking here.

Want to follow the actor on Facebook? You can do so by liking his official page at @officialjaden.

If you feel like listening to some of his beats, you can stream his tracks or even view his music videos over on his official Youtube channel at @OfficialJaden. Since he first launched his page in 2010, he has received well over 13.8 million lifetime views.