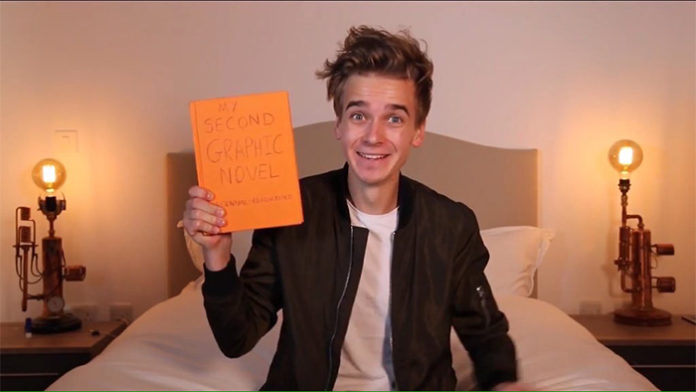 A popular vlogger, Joe Sugg rose to fame on Youtube after joining the site in 2011. Since then, the British star has amassed well over 8 million subscribers (and counting), making him one of the most popular personalities on the platform. In the recent years, he’s also created a couple of secondary channels on Youtube.

Born on September 8, 1991 in Wiltshire, England, Joe Sugg (Birth Name: Joseph Graham Sugg) has a sister named Zoe who also happens to be a Youtuber. Unfortunately, not much is known about his early life. What we do know however, is that he started to work as a roof thatcher shortly after graduating from high school. Ultimately it was during that time that he decided to get into vlogging.

In November 2011, Joe- who was twenty years old at the time- joined Youtube under the username ThatcherJoe (an obvious reference to his work as a roof thatcher). Inspired by his sister’s success on the site, he began to pump out videos, mostly vlogs of his everyday life. Before long, he started to reel in the views, first in the hundreds, then in the thousands. With that, his motivation to create videos only grew greater.

Throughout his Youtube career, he’s collaborated with several other stars including Tanya Burr, Caspar Lee, Alfie Deyes, Tyler Oakley, Troye Sivan, and Marcus Butler. Although he’s best known for his comedic vlogs, he’s also known for posting various “challenge videos” to his channel. For instance, he’s done “The Language Challenge”, “The Dizzy Challenge”, “The Big Mouth Challenge”, and “The Rubber Head Challenge” among others.

At one point, Joe created the “Youtuber Innuendo Bingo”, a segment similar to the one conducted by BBC Radio. Hugely popular, it only boosted his presence on the site further. In fact, it was such a success that he was eventually invited to guest star on the BBC Radio 1 segment himself.

Since then, Joe’s subscriber count on Youtube has grown to surpass the 8 million mark. Altogether, his videos have received over 1 billion views. As of August 2017, his most popular upload, My Sister Does My Make Up has garnered over 18 million hits. Some of his other top videos include Singing Impressions with Conor Maynard, Ultimate Roommate Revenge Pranks!, Prank Calls with my Sister, and Youtube Whispers Game.

Two years after the launch of his main channel, he created a secondary account under the username, ThatcherJoeVlogs. Since its creation in January 2013, it had garnered over 3.5 million subscribers and has received over 529 million views.

Unlike his primary channel which includes many challenges and prank videos, ThatcherJoeVlogs consists entirely of vlogs. Some of his most popular ones include Why Did We Do This?!, I Can’t Believe My Sister Did This!, Bath Time with Sugg, and Zoe Gets Revenge.

That same year, Joe also created a gaming channel under the handle ThatcherJoeGames. Self explanatory, he has uploaded many gameplay videos to the page. For instance, he’s played Outlast II, Rat Simulator, GTA V, Resident Evil 7, and Age of Empires II, among several others.

As of 2017, his gaming account has amassed close to 2 million subscribers; view count wise, it has received over 203 million hits.

Joe Sugg on Television and Film

Like many Youtube stars, Joe has also made a few appearances on both television and film over the past few years. In 2015, he lent his voice to Kyle the Seagull in the animated film, The Spongebob Movie: Sponge Out of Water. That same year, he also starred in the movie, Joe and Caspar Hit the Road alongside fellow Youtuber, Caspar Lee.

On the small screen, the 25-year-old has also appeared in the programmings Sunday Brunch (2014), and Daily Brunch with Ocado (2014)

In 2015, Joe published his first graphic novel, Username: Evie through Hodder & Stoughton. Featuring artwork by Amrit Birdi, it tells the story of a bullied teen named Evie who dreams of one day living in a place where she can be herself; as it happens, her father ultimately dies while creating such a virtual reality for her. A subsequent sequel titled, Username: Regenerated was released in 2016. Praised for its captivating plot, the series has received many positive reviews from readers.

Earlier this year, it was announced that a third and final instalment was in the works. Titled, Username: Uprising it is slated for a September 2017 release.

If you’d like to support the Youtuber, Joe has also set up an online store at sugglife.com. A collaboration with his sister Zoe, a variety of products are available from calendars, t-shirts to iPhones.

Despite being single now, he was previously in a relationship with Perrie Edwards, a singer best known for being a member of the music group, Little Mix. According to sources, the two had started to exchange messages after following each other on social media. Soon friends, they eventually decided to meet up.

In spite of the promising build up however, they later broke up in 2016.

As expected from a star such as himself, he’s embarked on many tours over the past few years. For instance in 2015, he went on a book tour in support of his new graphic novel, Username: Evie.

Besides that, he’s also hit the road with his friend Caspar Lee for their Joe & Caspar: Hit The Road Meet and Greet Tour. 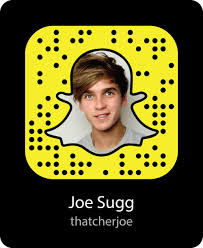 Considering how he’s made a career for himself on social media, it’s not surprising to know that the 25-year-old is also on Snapchat. If you’d like to add Joe Sugg to your friend list, you can do so by clicking here.

Looking for an easy way to stay up to date with the Youtube personality? Why not follow Joe Sugg on Twitter? You can find him tweeting away at @Joe_Sugg.

If you’d like some eye candy, you can follow him over at Instagram, where he regularly posts photos to his account. You can find him on the app at @joe_sugg- he already has over 5.9 million followers!

As mentioned above, Joe Sugg has several Youtube channels through which he posts videos on a regular basis. Currently his primary account, ThatcherJoe is the most popular, with over 8 million followers.