Juwany Roman Snapchat Name – What is His Snapchat Username & Snapcode? 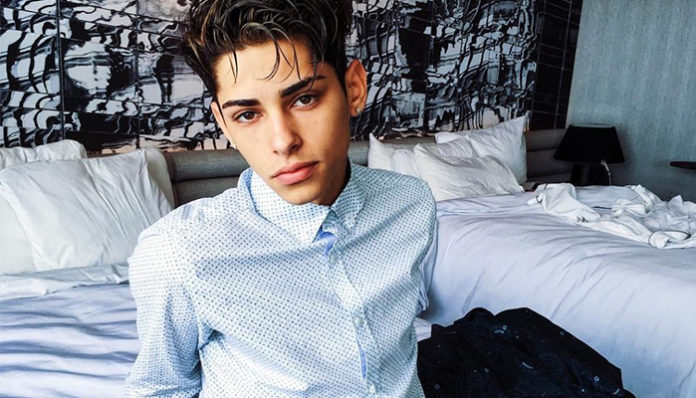 Of Puerto Rican descent, Juwany Roman first made himself known on social media in mid 2015 under the name, “Flamingeo”. A popular social media star, he has millions of followers through various platforms such as musical.ly, YouNow, and Instagram. Throughout his online career, he has collaborated with several other musers including fellow YouNow star, Logan Morris.

Born on July 25, 1999 in Bethlehem, Pennsylvania, Juwany Roman grew up in Florida with his sister, Jennishka. Interested in sports ever since he was a young boy, he enjoys a variety of outdoor activities to this day, such as skateboarding. Unfortunately, that’s about all we know about his childhood as not much has been revealed about his early life.As a teen, he went to Kissimmee High School from which he recently graduated from in 2016. At this point in time, it’s unknown whether or not he has plans on going to college.

While still in high school, the teen took it upon himself to get involved with social media. Adopting his current moniker, FlaminGeos, he created himself an account on the popular lip-syncing app, musical.ly. With his witty personality and good looks, it didn’t take long for him to build up a decent following on the platform.

Later that fall, Roman launched his own Youtube channel to which he mostly posts vlog videos. Since he first created his account in September 2015, he has amassed close to 400,000 subscribers with more than 13 million lifetime views. As of August 2017, his most popular upload, Whisper Challenge w/Loren Gray has been streamed over 1.6 million times. Some of his other top videos include All Nighter at Target (Gone Wrong!!!), Disney Channel Challenge W/ BruhItsZach!, and Boxing Video Gone Wrong.

As his popular continued to climb, he branched out to another platform- YouNow. An app designed for live broadcasts, it allowed for Roman to interact with his fans in real time. The more he broadcasted, the more fans he got in return. To date, the 18-year-old has over 410,000 followers on the site. If you’re interested in tuning in, he still broadcasts regularly on the daily basis.

Since then, the Puerto Rican star has also made a name for himself on Instagram where he currently has over one million followers. Not only does he upload various photos to his page, but he’s also known for posting short video clips. Incredibly popular on the photo/video sharing app, it’s not uncommon for his posts to receive upwards of 100K likes (sometimes even more).

In 2016, it was confirmed that Roman has gotten together with fellow social media star, Loren Gray. Though they had been spotted getting close for a while, it wasn’t until then that they had finally confirmed the rumours online. A classy man, he had posted an old clip of him planting a kiss on the blonde, as a means of confirming fan speculations.

Having said all of that, the two allegedly called it quits in November 2016 after a few turbulent weeks. Despite having been so much in love, the whirlwind romance was confirmed to be over by Gray, who stated so on Twitter. In her Tweet, she said that while “[they] are not together anymore,” she “still has a place in his heart”.

While the true reason behind their separation has never been revealed, many fans have come to speculate that it’s due to Roman being “too controlling”. For instance, the teen had once told Mark Thomas to “be careful” after he had sent a seemingly friendly message to Gray on Twitter.

Prior to his relationship with Gray, it was rumoured that he’d dated fellow musical.ly star, Loren Beech for a few months in early 2016.

In the past, Roman has also traveled and met fans across the country alongside other stars such as 99 GoonSquad. For instance just last summer, he joined Mario Selman on his Part of My Story tour. Decently popular, the event ultimately extended into the spring of 2017.

At this point in time, he does not have any further tours planned for this year 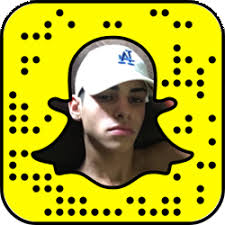 Seeing as how he’s an active social media star, it’s not surprising to know that he’s also active on Snapchat. As it is, his username on the app is the same as his online moniker- Flamingeos. If you’d like to add Juwany Roman to your friend’s list, you can do so by clicking here.

Are you a Facebook user? Want to follow the social media star on the site? If that’s the case, you can do so by liking his official page over at @FlamingeosOfficial- looks like he already has a few hundred fans on there already!

What’s a social media celebrity without an Instagram account? If you’d like to see some photos or videos posted by the 18-year-old star, why not follow him on the app over at @flamingeos? From the looks of it, he already has over a million fans on the platform.

Perhaps you’d like a way to stay up-to-date with the teen? Why not follow him on Twitter? You can find Juwany Roman on the site over at @flamingeos.

Interested in watching some comedic skits? Vlog videos? You can watch all of that, and more over at his official Youtube channel. Click here to visit his official page where he’s already amassed close to 400K subscribers.

If you’re interested in watching some of his lip-syncing videos, you can do so by heading on over to his musical.ly account at @Flamingeo.

Not only is he on Youtube, but he’s also on the popular live streaming app, YouNow. According to his profile, he still broadcasts on the platform on a daily basis. You can find him over at @Flamingeo where has over 400,000 followers.