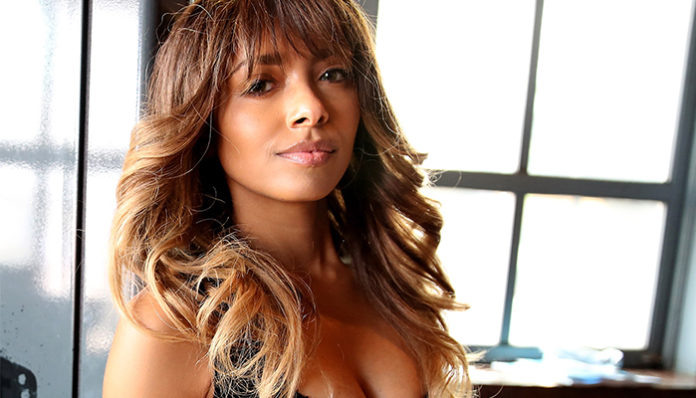 Originally from Switzerland, Kat Graham is perhaps best known for her portrayal of Bonnie Bennett in The CW drama, The Vampire Diaries. A young, accomplished actress, she has appeared in numerous films over the years including The Parent Trap (1998), The Roommate (2011), Addicted (2014), and Honey 2 (2011).

Born on September 5, 1989 in Geneva, Switzerland, Kat Graham (Birth Name: Katerina Alexandre Hartford Graham) grew up in the entertainment capital of Los Angeles, California. Like many actresses, she entered the show biz at a young age. As a child, she appeared in several television commercials including those for Pop Tarts, K-Mart, and Barbie. Eventually, Kat made her acting debut in the Disney film, The Parent Trap (1998) at the age of eight.

Throughout the early 2000’s, the teen played a number of supporting roles in the shows, Lizzie McGuire (2002), Strong Medicine (2003), Malcolm in the Middle (2003), and Joan of Arcadia (2004). In 2004, Kat caught the attention of Fatima Robinson-a well known choreographer, who then asked her to perform on stage at the BET Awards alongside Bow Wow.

Continuing with her acting career, Kat later appeared in the series, CSI: Crime Scene Investigation (2006), and Greek (2007), Hell of Earth (2007). After a recurring role in the popular teen sitcom, Hannah Montana, the actress received a breakthrough in the form of The CW drama, The Vampire Diaries (2009).

Ultimately, it was this supernatural drama that propelled her to stardom. One of the mast cast members, Kat played the role of teenage witch, Bonnie Bennett. Premiered in September 2009, the show was nothing short of a big success, having drawn close to 5 million viewers during its series premiere.

Praised for her performance, Kat ultimately remained on the show for eight years, from start to finish. Easily one of the greatest highlights of her career to date, the series brought her to the attention of millions around the world. By the time The Vampire Diaries came to an end in March 2017, Kat’s role had garnered her well over a dozen awards.

Besides her work on television, the actress has also appeared in a handful of films. In 2011, she starred in Bille Woodruff’s Honey 2, the direct sequel to the 2003 dance film, Honey. In it, she was joined by fellow co-stars Lonette McKee, Randy Wayne and Seychelle Gabriel.

Most recently, Kat starred in the biographical film, All Eyes on Me (2017), which centred around the hip hop artist, Tupac Shakur. Besides her, the movie also starred Lauren Cohan, Demetrius Shipp Jr., Hill Harper, and Danai Gurira. Released in theatres on June 16, 2017, it ended up taking in $54.8 million in ticket sales by the time it closed.

As far as upcoming films go, she will be co-starring in the comedy, Where’s the Money, which will presumably come out later this year. Directed by Scott Zabielski, the cast also includes Terry Crews and Logan Paul.

In addition to that, it’s also been announced that Kat will be taking part in the thriller, How it Ends– a title currently in the pre-production stage.

Aside from being an accomplished actress, Kat has also established herself as a singer. In 2011, she released her debut EP, Remixes through Perezcious Records; the following year, she dropped her second EP, Against the Wall, which peaked as high as number 4 on the US Heatseekers chart.

From 2010 until now, she’s released ten singles; some of her most noteworthy titles include Put Your Graffiti on Me, Cold Hearted Snake, Sometimes, and All Your Love.

Like most artists, she has collaborated with several other musicians over the years. For instance, she’s teamed up with will.i.am, Snoop Dogg, Dirty Nasty, and Rap Kass in the past. Some of said songs include, I Got it From My Mama, One More Chance, Dog Day Afternoon, and The Donque Song.

As well, she’s worked with Justin Bieber, Nelly, Kevin Hammond, The Frontlind, 112, and Akon, to name a few.

In 2008, the actress started to date fellow actor Cottrell Guidry. After four years of dating, it was announced that they had gotten engaged on October 28, 2012.

Despite having started on their wedding plans, the pair eventually broke up in December 2014.

Throughout her career, the actress’s stand out performance has garnered her much recognition in the industry. In 2011, she received a Teen Choice Award for Female Scene Stealer; she later netted a Creative Award from the Black Women in Film Association in 2014.

In total, she has received 13 award nominations, most if not all of which are for her portrayal in The Vampire Diaries. 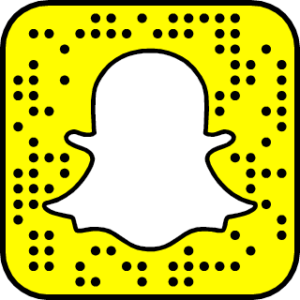 In the summer of 2015, the actress revealed her Snapchat username to fans via her official Twitter. If you’d like to add Kat Graham to your friend list, you can do so by clicking here.

Want to follow Kat Graham on Facebook? You can do so by liking her official page at @katgrahamofficial.

If you want to see photos/videos uploaded by the star herself, you can follow her on Instagram at @katgraham. As of 2017, she has already amassed over 4 million followers on the app!

If you’re looking for an easy way to stay up to date with the 27-year-old star, why not follow her on Twitter? You can find Kat on the platform under the handle @KateGraham.

Want to watch some of her official music videos? You can do so on her official Vevo page on Youtube at @KatGrahamVEVO.

Aside from that, she also has a personal channel at @Katgraham. So far, her page has been viewed over 5.2 million times.