Keegan Allen Snapchat Name – What is His Snapchat Username & Snapcode? 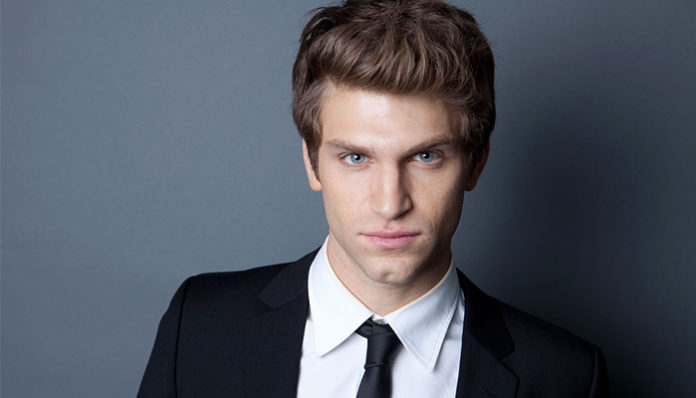 American actor Keegan Allen is perhaps best known for playing Toby Cavanaugh on the teen drama, Pretty Little Liars. The son of an actor, he became interested in the entertainment industry at a young age. At the age of twenty one, he made his official acting debut in an episode of the comedy, Big Time Rush (2010).

Born on July 22, 1989 in California, Keegan Allen is the son of Philip R. Allen, an Off-Broadway actor. Encouraged by his parents, he pursued several interests during his teens including cinematography, and photography. Throughout his high school years, he spent many hours learning the art of video production and editing. Ultimately it wasn’t until later on that he started to harbor an interest in performing himself.

Having said that, Allen had made his television debut at the age of thirteen in a programming for Animal Planet, albeit playing a non-speaking role. His next appearance on the small screen came many years later, well after he had graduated from high school. In 2010, his good looks scored him a minor role in an episode of the comedy, Big Time Rush where he played as “Male Model #2”. From there, the aspiring actor eventually appeared in the short film, As a Last Resort (2010).

How Did Keegan Allen Become Famous

Shortly afterwards, Allen hit it big after landing a recurring part in the ABC mystery drama, Pretty Little Liars. Adopted from the book of the same name by Sara Shephard, the show saw him playing the role of Toby Cavanaugh, a supporting character the makes his debut in the first season. Especially popular among young adults, the series drew in over 4.2 million viewers at the peak of its popularity during season one.

A mystery crime thriller, the show centred around a group of friends, who ultimately become estranged after their leader Alison goes missing; a year after her disappearance, the teens start to receive messages from an unidentified individual known as “A.D.” Despite mixed reviews, Pretty Little Liars easily pulled in over 2 million audience members every week. Although its viewership dropped with the subsequent seasons, the show proved to be popular nonetheless.

His most well known role to date, the actor ultimately remained on the show until the end, from season one to season seven. Praised for his performance, Pretty Little Liars yielded him several accolades including five Teen Choice Awards (among which there was a win), and a TV Guide Award.

While filming for Pretty Little Liars, Allen also took time out to appear in a few other television series. For instance, he’s made guest appearances in CSI: Crime Scene Investigation (2011), I Hate My Teenage Daughter (2013), Young & Hungry (2015), and Youthful Daze (2016).

So far, his most recent television appearance was in the TV film, A Moving Romance (2017). Premiered on February 4, 2017, it featured Allen as the male protagonist, opposite of actress Ambyr Childers. Besides the two, the cast also included Jim O’Heir, Romy Rosemont, Walter Perez, Blake Hood, and Patty McCormack. Although some viewers criticized the cast’s lack of chemistry, the overall consensus for the film was positive.

From the looks of it, the actor does not have any other shows lined up as of August 2017.

Keegan Allen on the Big Screen

Though he’s best known for his work on television, the 28-year-old has also taken part in a few films. In 2013, he made his motion picture debut in Gia Coppola’s drama film, Palo Alto. From there, he played as “a Man with a Red Tie” in The Sound and the Fury (2014), before portraying a supporting character in the biopic, Bukowski (2015).

Recently this March, the actor also took part in the drama film, Actors Anonymous (2017). A full length adaption of James Franco’s popular novel, it followed the lives of several Hollywood actors, from the lows to the highs. Released on March 5, 2017, it also starred Jake Robbins, Scott Haze, and James Franco himself.

As of 2017, Allen is currently dating model, Ali Collier; the two were first spotted together in public at the 2016 Outfits Festival in California.

As far as prior relationships go, he was previously in a relationship with Chuck Grant from 2012 to 2015. He’s also been romantically linked with Skyler Samuels and Shay Mitchell in the past.

At one point in time, he was also rumoured to have hooked up with Pretty Little Liars co-star, Ashley Benson. Allegedly, these claims came to be after the two were seen together off-set in the public. So far, it seems that the rumours have been false.

On February 3, 2015, Allen published his first book titled, Life.Love.Beauty through St. Martin’s Griffin. A Publishers Weekly Bestseller, it “takes [readers] on a photographic voyage through [Allen’s] life.” Well received, it currently has a 4.4 star rating on Goodreads.com. 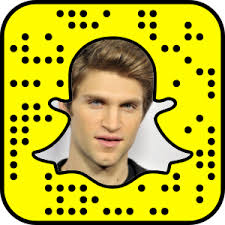 In November 2014, the Pretty Little Liars star announced via Instagram that he had joined Snapchat. A smart move, he decided to grab the username, lifelovebeautyb- a reference to his book of the same name. If you want to add Allen to your friend’s list, you can do so by clicking here.

If you want to follow Keegan Allen on Facebook, you can do so by liking his official page at @KeeganAllenfans, where he already has over 1.5 million fans!

Want to see some of the photos/videos that he’s posted online? You can do so by following him on Instagram at @keeoone.

To stay up-to-date with the Pretty Little Liars star, you can follow him on Twitter over at @KeeganAllen.

You can view various behind the scene videos, etc. at his official Youtube channel here.