Kelly Rowland Snapchat Name – What is Her Snapchat Username & Snapcode? 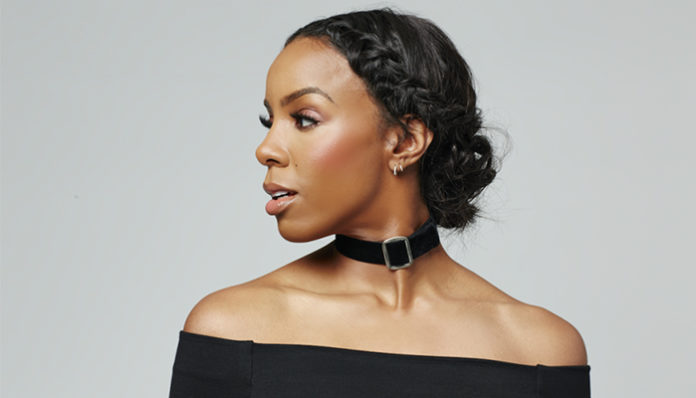 A Grammy-nominated artist, Kelly Rowland released her solo album, Simply Deep in 2002. Raised in Houston, Texas, she joined the music group, Girl’s Tyme at the age of eleven; they would eventually become one of the most popular all-girl groups as Destiny’s Child in the 90’s. Though they’ve since disbanded, she’s made a successful career for herself as a solo artist.

Born on February 11, 1981 in Atlanta, Georgia, Kelly Rowland was mostly raised by her mother, as her father was an abusive alcoholic. After being taken to Houston at the age of seven, she became a member of Girl’s Tyme, a girl group that also consisted of Michelle Williams, Beyonce Knowles, LeToya Luckett, Farrah Franklin, and LaTavia Robertson. Shortly after getting together for the first time, they debuted on Star Search, one of the biggest talent shows on television at the time.

After a few years of limited success, they changed their name to Destiny’s Child in 1997. From there, the girls signed with Columbia Records and released their self-titled debut album, Destiny’s Child on February 17, 1998. Mostly an R&B project, it contained thirteen tracks including Tell Me, Second Nature, Show Me the Way, Bridges, and Killing Time. A considerable hit, it reached number 67 on the Billboard Top 200 and number 14 on the Top Hip-Hop Albums chart in the United States. Despite this however, it wasn’t until they dropped their second album in 1999 that they rose to super stardom.

Said album, The Writing’s on the Wall was released on July 27, 1999. A blend of pop and R&B unlike their first title, it included guest appearances from Next and Missy Elliott. Produced by Rodney Jerkins, Kevin Briggs, and Daryl Simmons, the 16-song project was met with critical acclaim. A huge breakthrough for the girls, it garnered stellar reviews from a number of publications including Pitfork Magazine and The New Rolling Stone Album Guide.

Supported for four singles, it reached number 5 on the Billboard 200, and number 1 on the Top R&B Albums chart. The most successful album of their career, The Writing’s on the Wall went on to win numerous accolades including six Grammy Award nominations. As of November 2011, it has gone platinum eight times in the United States, with more than 6 million copies sold across the country.

Then a year after the new millennium, Destiny’s Child delivered their third album, Survivor on May 1, 2001. Produced by two of their lead singers, J.R. Rotem and Beyonce Knowles, it showcased fifteen new songs including Independent Women Part I, Emotion, Bootylicious, Nasty Girl, and Survivor, all of which were later released as singles. A smash hit, it eventually entered the top of the Billboard Top 200 with 663,000 first week sales. Nominated for three Grammys, the album also charted at number one in several different countries including Germany, Belgium, Canada, Denmark, and the UK.

Prior to their prolonged hiatus, the group released their fifth and inal album, Destiny Fulfilled on November 16, 2004. A collaboration with Rodney Jerkins, Rockwilder, and Swiss Beats, it contained mostly ballads and mid-tempo songs including Is She the Reason, Bad Habit, Free, T-Shirt, and Lose My Breath. Though not as successful as their earlier albums, it  managed to peak at the top of the Top Hip-Hop Albums chart and at number 19 on the Billboard Top 200, having sold 61,000 copies in the first week.

As a solo recording artist, Rowland made her debut in 2002 with the album, Simply Deep. Made available on October 22, 2002, it was recorded within three weeks during Destiny’s Child hiatus. Featuring guest appearances from Nelly, and Solange Knowles, it boasted thirteen tracks including Stole, Can’t Nobody, Train on a Track, and Dilemma. As far as commercial performance goes, it reached number 12 on the Billboard 200 with 77,000 units sold in the first week. Later in 2013, one of its singles, Dilemma was nominated for two Grammy Awards, one of which ended in a win (e.g. Best Rap/Sung Collaboration).

Five years after her first effort, the singer dropped her second album, Ms. Kelly via Columbia Records. Met with positive reviews upon its release, it debuted at number two on the Billboard Top 200 with over 286,000 sales in the first week, making it her greatest debut of all time. By early 2008, the album had produced three singles, Like This, Work, and Ghetto. A solid release, more than 222,000 copies have been sold in the United States as of 2011.

Following another four-year long break, she released her third album, Here I Am. Her first album with Universal Motown, it gave rise to one of her most noteworthy records, Motivation (Feat. Lil Wayne), which ended up going platinum twice in the United States. Some other highlights from the album include Down for Whatever, Commander, All of the Night, Keep it Between Us, and I’m Dat Chick.

Most recently on June 14, 2013, Rowland dropped her fourth album, Talk a Good Game on June 14, 2013. While it didn’t attain the same degree of success as her earlier albums, it did manage to reach number four on both the Billboard Top 200 and Hip Hop Albums charts. Reportedly, more than 176,000 copies have been sold in the US as of 2013. 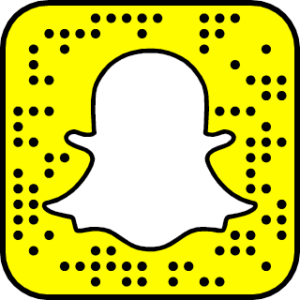 If you’d like to add the singer to your friend’s list on Snapchat, you can do so easily by clicking here.

If you’d like to follow the star on Facebook, you can do so by liking Rowland’s official page at @kellyrowland- more than 8.9 million fans already have!

Want to see some photos taken by the artist herself? Why not follow her over on Instagram at @kellyrowland?

Looking for an easy way to stay connected with the singer? You can follow her official Twitter account at @Kellyrowland, where she already has over 7.1 million followers!

Feel like watching some of her official music videos? You can find her MVs at her  Youtube channel at @KellyrowlandVEVO.

If instead, you’d like to listen to her songs with Destiny’s Child, you can find those over at @DestinysChildVEVO.