Kensington Garden Rooms Update – What Happened After The Profit

Kensington Garden Rooms Before The Profit

Kensington Garden Rooms manufacture custom gazebos out of Hilmar, California. The two owners, Damien Merry and Simon Johnston, started the business in California in 2012 after learning to make gazebos in the UK. A since their product was such a luxury item, the two were struggling to make up sales. Marcus said that using the finest wood and handcrafting each piece gave them a competitive edge, but not at those extravagant prices. Marcus thought he could help bring down the price by improving their process and make Kensington Garden Rooms a competitor in their field.

Kensington Garden Rooms on The Profit 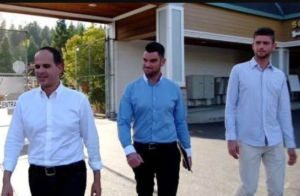 Marcus went to visit Damien and Simon at a craft fair in El Paso California where they set up shop every summer. Marcus didn’t feel like this was the right venue for a luxury product. He called it a carnival, and he wasn’t that far off. You could see carnival rides as well as games and funnel cake. Marcus introduced himself to Damien and complimented him on the beautiful gazebo before him.

The gazebo looks more like a sunroom on the inside of a mansion. It contained a couch, a rug as well as a flat screen TV. Marcus asked how much each gazebo went for, and Damien told him between $25,000 and $32,000. That cost included the manufacturing and the set up as well. It also included the furniture, the heat lamp, the fan, and the TV. Marcus said that he’d never seen anything like it before. He raved about the craftsmanship and the beauty of it.

Marcus discovered that the gazebos produced a margin of 45%, which was pretty good. He did admit that there weren’t many people who could afford to spare $30,000 just to buy a gazebo. Marcus wants to help them lower the production cost so that they could also bring down the price for the consumer, and make it more widely available. That would get them into a much bigger market. And it wouldn’t even cost them their margins.

Damien introduces Marcus to his partner, Simon. Marcus discovered that they had sold only seven gazebos in their first year, and the next year they sold three times that. Damien said that they were expecting to do $1 million in sales that year, which equaled out to about $250,000 in net profit. go to and Damien told Marcus that they didn’t have any debt in the business to suppliers. He claimed that he likes to keep as much money in the business as possible, so they didn’t take out much in the first year. He said that they were starting to take out more of a profit to support their growing families. In addition to Simon and Damien, there were also four employees that worked in the workshop.

When Marcus asked who did the majority of the manufacturing, Damien said that everyone contributed while Simon had a different view of it. Simon took all the credit, saying that he supervised all of the guys in the workshop. Marcus describes Simon as the foreman, and he asked Damien if he was the sales and marketing person Damien said that he did a much wider role, trying to wear many hats as possible. Damien felt like he was doing the bulk of the work in the company, and Simon was silent, but look shocked. Damien explained that he also dealt with the customers as well as the carpentry side.

Simon insisted that he did the bulk of the work because he was in the carpentry shop 10 hours a day seven days a week. Marcus explained that it shouldn’t be about who got the credit for doing more work, but how they grow the business together. Marcus discovered that the two only owned a third of the company each, and the other third was owned by an investor. I is Marcus also found out that the majority of their business was done at the local fair for the private customer. They didn’t have any businesses or government contracts.

Marcus decided to meet them back at the warehouse. He was unimpressed with their process immediately upon walking in. He said it looks like a garage on steroids. Damien told him that they were in the middle of nowhere, all around them were almond fields. They didn’t even have a restroom in the warehouse, and they had to drive a mile down the road to use one. In an aside to the camera, Marcus joked that he should add potty to his 3P’s that he used as essentials for running a business. He looked horrified.

Damien explained that they didn’t have any fancy tools, using standard table saws and planers instead. He admitted that their space was limited, and they didn’t have any necessities such as ventilation or air-conditioning. That must’ve been hard in the 115° California heat. It’s a wonder that they could keep employees because I sure wouldn’t stick around in those conditions. Marcus said that he was looking more for a Ford assembly line kind of atmosphere. Marcus found that they were also purchasing supplies retail instead of buying pallets of the for cheaper price Kensington garden rooms really needed to implement an inventory system and get more efficient.

Marcus informed the two Englishmen that they shouldn’t be so tight with their cash that they were being inefficient. He told them that $50,000 could solve all of their efficiency issues.’s and is Simon claimed that Damien was so tight with money that he wouldn’t even allow him to buy a more efficient hacksaw.

While Marcus was there, he saw major communication issues between Simon and Damien. Marcus took a walk with Jack, who is one of the guys in the workshop. Jack said that he’d always been in the middle flights like that. He claimed that he felt unappreciated at Kensington Garden Rooms. Marcus was starting to get discouraged by all the dysfunction he was seeing, but he wanted to review the financials and get a clearer picture from the other investor. Marcus complimented them on their financials but said that he was in a weird spot with making a deal.

The other investor revealed that they were looking to make a new location in Washington. Marcus said that that was ridiculous because they didn’t have space or the process down in the location that they already had. Simon and Damien said that they wanted to have factories all across the United States. Marcus wanted them to slow them down a bit. They are trying to run before they could walk. Marcus let them know that they were going about it in the wrong way. If they wanted to be billionaires, they had to bring their business up to the standard of excellent customer service and excellent products. He thought that they were moving too fast.

Marcus thought that Kensington Garden Rooms were trying to have him finance their fantasy. Damien walked away from the bargaining table to have a little breakdown at that moment. Marcus went into one of the gazebos and sat beside him. Damien said that it was difficult for him because he’d worked so hard to get Marcus to come out there. He’d watch the shows and used Marcus as a mentor and a father figure. This change things for Marcus. He was willing to make a deal with them since Damien showed him vulnerability. Marcus said that he would give them three weeks to shape up how they did things, and he would come back to check on them. He wouldn’t make a deal unless there was a process in place. Marcus returned at the end of that three weeks, and it looks like a totally different place. They developed an inventory system and improved their relationship.

The third investor, Kab, was not spending any time at the business, and Marcus questions his efficacy. Marcus wanted to make sure that he structured the deal in a way that protects his money.  Marcus said that he wanted to think about the business in three different marketing components. He wanted to do mass marketing for consumer products, target marketing for home-improvement stores, and commercial companies such as vineyards and car dealerships. Kab decided that he still wants to be in the business, and they all shook on the deal for $150,000 in which Marcus and Kab get 12% each, with the rest split between Damien, Simon, and Mike.

Marcus and the team found a new building where they would have space to spread out. Marcus then took Damien to Chicago to meet with True Value to try and broker a deal. Damien was used to dealing with consumers, so it would be a challenge for him to make a big corporation deal. The managers at True Value expressed concern about the cost of the gazebo, which was higher than most of their customers were willing to spend. Damien told them that he would also be helping them sell other things such as lighting and pillows. True Value could have its own gazebo with the price point at $15,500. True Value ended up taking the deal. At the end of the deal, market Marcus challenges Damien to come up with the gazebo that they could make for $5000 and sell for under $10,000.

Kab came back to dispute the original deal. He felt like he got the raw end of the stick, and asked Marcus to buy him out in exchange for $250,000. He also wanted Kensington Garden Rooms to pay his son for work that he did on the website. Marcus told him that he was getting greedy and the second deal was off the table. They are going to go with the original deal that everybody shook on. Let’s see how they did without the direct supervision of Marcus.

Kensington Garden Rooms Now in 2018 – The After ‘The Profit’ Update 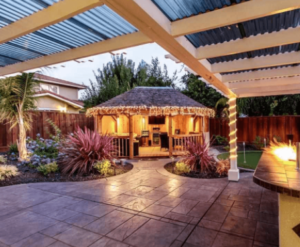 It looks like the business is still up and running. They make regular posts on social media that feature gorgeous photos of premium Kensington Garden Rooms. The company has performed installations all over the country, from Michigan to California. The About Us page on their website indicates that they are still targeting direct consumers as opposed to businesses. Although they never got to try their product out at all True Value locations, Kensington Garden Rooms were sold at the local Chicago True Value that they visited in the episode. They have 12 5-star reviews on Yelp, praising the business for their excellent customer service.