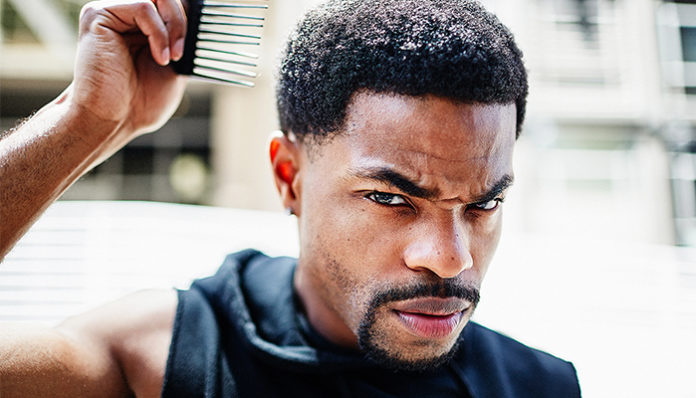 The most popular user on Vine, King Bach has millions of fans around the world. Hailing from Toronto, Canada, he initially made himself known on Vine in 2013. Known for his comedic videos-his follower count quickly rose to the millions.

Born on June 26, 1988, in Ontario, Canada, Andrew, also known as King Bach spent the first two years of his childhood in Toronto, before moving to Florida with his parents and sister in 1990. After completing his studies at Coral Springs Charter School, he went to Florida State University where he excelled in high jump; he eventually obtained his bachelor’s degree in business management in 2010.

After finishing college, he became a graduate student at the New York Film Academy. However, he ultimately dropped out during his last semester to pursue new goals in Los Angeles. As of 2015, he lived in the same Hollywood apartment context as Logan Paul, Amanda Cerny, and Juanita Zurita. Due to their close proximity, they often collaborate with each other on videos.

Introduced by Brittany Furlan, aka “The Queen of Vine”, King Bach joined Vine in the spring of 2013. His first six second clip was uploaded on April 19, 2013. Putting his love for video-making to good use, he began to portray an exaggreated view of himself on Vine. Hugely popular among users, his following steadily went up over the first few months.

He become the most-followed user on Vine by 2015, with over 16 million followers. Unsurprisingly, his account had been featured by several publications including FSU News. Despite the fact that many brands approached him with sponsorship offers however, he turned most of them down.

In total, King Bach had over 8 billion loops on Vine by the time the app closed down in January 2017.

Although he’s best known for his Vine videos, King Bach has since also attained a decent following on Youtube. Under the name BachelorsPadTV, he regularly posts episodes of his sketch comedy web series onto his account. Since he launched the channel in 2012, he’s amassed over 1.5 million subscribers with over 64 million lifetime views.

Currently, some of his top uploads include Logan Trailer Parody, Denzel Washington ‘Flight’ Parody, Teenage Mutant Ninja Episodes (Parody), and 911 by @KingBach. Since the shut down of Vine, Youtube has become the 29-year-old’s main platform for sharing videos. Although his following isn’t nearly as massive as what he had on the previous site, it’s been climbing at a fairly steady pace.

According to statistics provided by Socialblade, his channel has been growing steadily since 2013. As of July 2017, his subscriber count goes up anywhere from 1K to 3K+ on a daily basis. As far as daily video views go, he also receives upwards of 150K+ a day.

Thanks to the attention that he received on Vine, the comedian eventually landed a deal with the United Talent Agency. From there, he starred in House of Lies. Around that same time, he also scored a part on MTV2’s Wild ’n Out.

Shortly afterwards, he starred on Adult Swim’s comedy series, Black Jesus, alongside Charlie Murphy, Kali Hawk, John Witherspoon, and Corey Holcomb. Portraying the role of Trayvon, he appeared in all 21 episodes of the show. After it came to an end in November 2015, he scored yet another recurring role on the romantic comedy, The Mindy Project.

King Bach on the Big Screen

In the summer of 2015, King Bach made his movie debut in We Are Your Friends. From there, he played a small role in Fifty Shades of Blac.

From the looks of his IMDb page, it would appear that he’s recently shifted his focus towards film. As of July 2017, he has a few upcoming movies including When We First Met (2017), The Babysitter (2017), Airplane Mode (2017), and #Speedball (2017). It has also been announced that King Bach will be voicing a character in the upcoming animated film, Arkie (2019).

From what we can tell, the 29-year-old star is currently single. A few years back, he dated fellow Vine star Liane Valenzuela from 2014 until 2015.

In the past, he’s also been rumoured to have hooked up with Lele Pons and Amanda Cerny.

The Guinness Book World Recorder-holder for being the most followed user on Vine, King Bach has won a couple awards throughout his online career. In 2015, he received a Streamy Award for Viner of the Year, winning over other popular personalities including Cameron Dallas, DeStorm Power, Lele Pons, and Brittany Furlan.

Then in 2016, he won a Shorty Award for Viner of the Year at the 8th Annual Wward Ceremony.

Taught the importance of giving back at an early age, King Bach and his sister launched the RuJohn Foundation, in honour of their grandparents, in 2003. Striving to provide the necessary educational tools to schools, the foundation has helped numerous institutes and countless children, while also helping to create long-lasting partnerships with American and Jamaican organizations.

Not only that, but the RuJohn Foundation also helps to provide gifts and meals for underprivileged families during the holiday season. 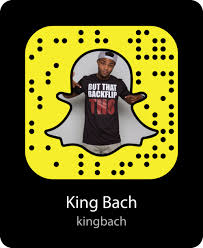 In 2014, the Vine star announced that he had joined the latest fad- Snapchat. If you would like to add him onto your Snapchat account, you can do so by clicking here.

One of the most popular social media stars in the US, you can find him on Facebook at @KingBach. So far, his official page has already amassed over 9 million likes!

Want to view some of his pictures? videos? You can follow the 29-year-old star on Instagram at his usual handle, @kingbach.

As mentioned earlier, he runs the Youtube channel, BachelorPadTV. But that isn’t the only account that he has there you can also view his vlogs at his secondary account, @KingBachVideos.