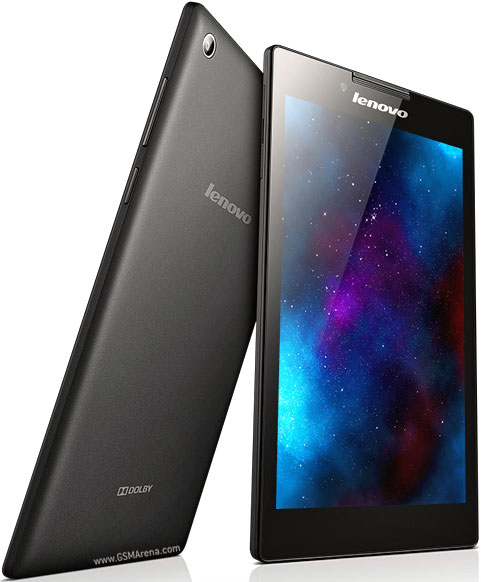 Since it’s first foray into the smartphone and tablet market, Lenovo has focused on low-cost, high-value options for customers. They have achieved considerable success in many Asian markets, and are starting to break into the US market too. They are a Chinese company with good quality products and a strong brand. They’ve traditionally made desktop PC’s and laptops, but their smartphone and tablet market share is increasing. The Lenovo Tab 2 is one of their older options and it’s also one of their cheapest. Though it’s not especially good looking or fast, it’s a low-cost no-frills option for those who need a tablet at the cheapest possible price from a reputable company. Let’s see how it stacks up against today’s competition and the current deals available.

You can currently take advantage of the sales promo price of $89.99 at GearBest.com by clicking here.

The Lenovo Tab 2 A7-30 has definitely been designed with a “form follows function” mentality, and it’s simple design is the result of that. It’s made entirely of a hard plastic, and although it’s marketed as “thin” and “light”, it’s far from it. It’s design is reminiscent of the wildly popular Nexus 7 line, except it’s thicker and doesn’t feel as nice in hand. Though it’s only $89.99, it’s age shows in the design. The bezels are massive, and entire device is unwieldily for a 7 inch tablet. You can use it with one hand, but only just, and it’s nowhere near as practical as many of the phablets on offer today.

Like the Nexus 7 it takes after, the front Lenovo Tab 2 A7-30 is left completely empty, save for the 1024×600 IPS display on the front. While it gives it a cleaner look, it also means that there aren’t any hardware buttons, so a good chunk of the bottom of the display is taken up by the software back, home, and recent apps buttons. Usually, when there isn’t any hardware buttons on the front of a device, a fingerprint scanner is placed on the black. However, in the case of the Lenovo Tab 2 A7-30, there isn’t a fingerprint sensor at all. It feels antiquated to have to type in a pin or pattern unlock, but those are the only options for unlocking on the Lenovo Tab 2. It’s a device released in 2015, but it’s age really shows in the lack of a fingerprint scanner.

The Lenovo Tab 2 A7-30 is a budget tablet. Since costs are kept as low as possible, it completely lacks any special features. I’m okay with that, since it’s being sold at such a low price, but the fingerprint scanner is sorely missed. Unlike almost every device that I’ve reviewed, the Lenovo Tab 2 A7-30 doesn’t have fast charging at all. That means that it’s 3450mAh battery charges extremely slowly, and you’ll have to wait a good while until the device is charged completely from 0-100%. If you called it a feature, the saving grace of the Lenovo Tab 2 A7-30 is that the screen features IPS technology. That means that it’s a high-quality panel, and viewing angles are excellent. It’s still not the brightest or best display, but it’s good for the price.

The Lenovo Tab 2 A7-30 houses a modest 7.0-inch display within it’s large footprint, and while it’s an IPS display, it’s not a very impressive one. For starters, the bezels surrounding the screen are big, and really make the Lenovo Tab 2 A7-30 look old amongst it’s peers. While the screen isn’t huge, the resolution of the Lenovo Tab 2 A7-30’s display is absolutely abominable, at just 600×1024. I’ve complained about 5″ phones not having 4K displays and settling for full HD displays, but this tablet has me thinking a 720p display would be a godsend. Detail is absolutely terrible, and doesn’t hold up at all well against today’s tablets, even at $89. To their credit, the display in the Lenovo Tab 2 A7-30 isn’t bad – colours are good, viewing angles are excellent, and it’s decently bright for an $89.99 tablet.

Really, the only problem with the display on the Lenovo Tab 2 A7-30 is the display resolution and the sheer amount of bezel, which makes the tablet rather unwieldily for a 7.0″ tablet. In terms of responsiveness, the Lenovo Tab 2’s display is fairly good, but there are displays that beat it within the same price bracket.

The Lenovo Tab 2 A7-30 doesn’t pack the most powerful hardware into it’s body, and at $89, I wouldn’t expect it to. Still for a tablet being sold in 2017, it’s poorly equipped to be a gaming machine. It has a paltry 1GB of RAM, paired with a MediaTek MT8382M SoC. Both of these specs aren’t impressive, but for normal use it should be okay. This tablet is very cheap, so I wouldn’t expect it to be that powerful. Still, it’d be nice to have an extra gig of RAM, for at least 2GB of RAM. In 2017, I’d say 2GB of RAM is the bare minimum, but considering the Lenovo Tab 2 is running Android 4.4.2, it’s passable.

The Lenovo Tab 2 A7-30, believe it or not, has both rear and front facing cameras. They both take photo and video, and I will just leave it at that. Camera quality isn’t great, but for video calling it’s okay.

If you want to, you can even use the Lenovo Tab 2 A7-30 as a phone. There is a 3G version of the tablet which you can use as a mobile phone, and accepts mini-SIM cards.

The Lenovo Tab 2 A7-30 performs as expected in real world scenarios. It’s not an especially powerful tablet, and while it doesn’t score well in benchmarks, it’s okay to use as an entertainment tablet, say, for web browsing and youtube. Still, it can get a little laggy at times when using multiple tabs, but otherwise, it’s okay.

The Lenovo Tab 2 has decent battery life, thanks to it’s 3450mAh battery and mediocre specs. Usually it’s an important factor in mobile phones, but for a tablet, it’s far less important. The Lenovo Tab 2 still manages to last a good deal of usage, and it’s perfectly acceptable for a $89 tablet

The Lenovo Tab 2 is a very affordable tablet with “affordable” design and hardware. It’s not the most powerful tablet out there, but it will do the job just fine, as long as you don’t expect too much from it. As an entertainment tablet, it’s perfect, and for the young ones at the back of the car on a long road trip. At just $89.99 from GearBest, it’s a good buy at a good price, and as a kids tablet, it’s perfect, thanks to its affordability and ruggedness.