Leslie Jones Snapchat Name – What is Her Snapchat Username & Snapcode? 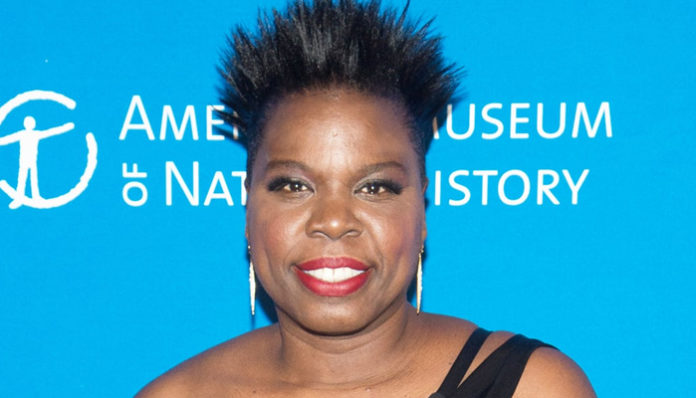 Known for her comedic sense of humor, Leslie Jones is perhaps best known for being a cast member on Saturday Night Live. A former communications student at Colorado State University, she first got involved with stand-up during her time as a student. After winning a campus-wide competition for “Funniest Person”, she decided to move to Los Angeles to pursue a comedy career.

Born on September 7, 1967 in Memphis, Tennessee, Leslie Jones moved around frequently during her childhood due to her father’s work with the US Army. As a teen, she attended Lynwood High School where she was a member of the basketball team- a sport that her parents suggested for her to play, due to her tall stature. A distinguished athlete, she eventually went to Chapman University on a basketball scholarship. Following the departure of her coach however, she decided to transfer to Colorado State University.

Like many college students, Jones struggled with deciding her major. At one point, she even pondered the idea of pursuing a basketball career overseas. Although she originally intended to study law, she eventually went into computer science and business accounting before going with communications. As it happened, it was during her time in college that she first got involved with comedy. In 1987, she took part in a campus-wide “Funniest Person” contest which she eventually emerged as the winner. After realizing her potential in stand-up, she made the decision to drop out of school to pursue a comedy career in LA.

Over the next few years, she performed regularly at a few clubs while making ends meet working at UPS and at a Waffle House. Despite her determination, her initial efforts were met with unfavorable reviews- in fact, she was even booed by the audience while opening for Jamie Foxx at a public event.

Ultimately it wasn’t until 2013, many years later, that she received a big break in her career. That year, she auditioned for the sketch comedy, Saturday Night Live after a casting call was made for one African American woman to star on the show. A successful try out, Jones soon made her appearance in the 40th season, hosted by Bill Hader and Chris Pratt.

Originally premiered in October 1975 on NBC, Saturday Night Live is known for featuring a number of comedy sketches, all of which are performed by a large ensemble cast. Since its debut, it has been one of the most popular late night shows on television, with millions of views tuning in every episode. Hailed as one of the Greatest TV Shows of All Time by TV Guide, it has won countless awards including 50 Primetime Emmy Awards, 4 Writers Guild of America Awards, and 2 Peabody Awards.

From there, the comedienne was eventually promoted as a featured player; she subsequently made her official debut on October 25, 2014. At the age of forty seven, Jones became the oldest cast member to join the series. Following her big appearance, she returned for seasons 41 and 42 which ran from 2015 to 2017.

More recently, she co-starred in the supernatural comedy, Ghostbusters which opened in theaters on July 15, 2016. Directed by Paul Feig, the film followed a group of four women who launch a ghost-catching business in New York. One of the first high profile movies that she took part in, Jones played the role of Patricia Tolan, an MTA Worker who becomes the Ghostbuster’s first recruit. In addition to the comedienne, the cast also included Melissa McCarthy, Kristen Wiig, Kate McKinnon, and Chris Hemsworth. For her portrayal in the film, Jones was nominated for a Black Reel Award for Outstanding Breakthrough Performance.

Then on September 30, 2016, Jones returned to the big screen as one of the main leads in the comedy flick, Masterminds. Based on the Loomis Fargo Robbery in 1997, it also starred Zach Galifianakis, Owen Wilson, Kristen Wiig, and Kate McKinnon. Though not a blockbuster per se, the motion picture ended up grossing $29.2 million at the North American box office.

During the highly anticipated 2016 Summer Olympic Games, the comedienne drew a considerable amount attention on social media for her live-tweeting and reaction videos. As enthusiasm for her commentary grew online, she was invited by NBC’s executive producer to join their team of Olympic commentators in Rio. Accepting the position, she later flew to the games where she covered a number of sports for the network including beach volleyball, swimming, gymnastics, and track and field.

Though not much is known about her personal life, the 49-year-old recently admitted that she is “kind of” in a relationship with a man, although his identity is still secret. 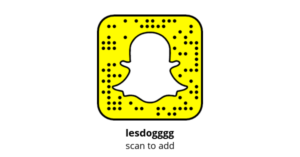 If you would like to add the former Saturday Night Live cast member to your friend’s list, you can do so by clicking here.

Looking for a way to stay connected with the comedienne? Why not follow her on Twitter at @Lesdoggg?

Now you can view photos/videos posted by the actress herself on Instagram- you can find her on the app at @lesdogggg.