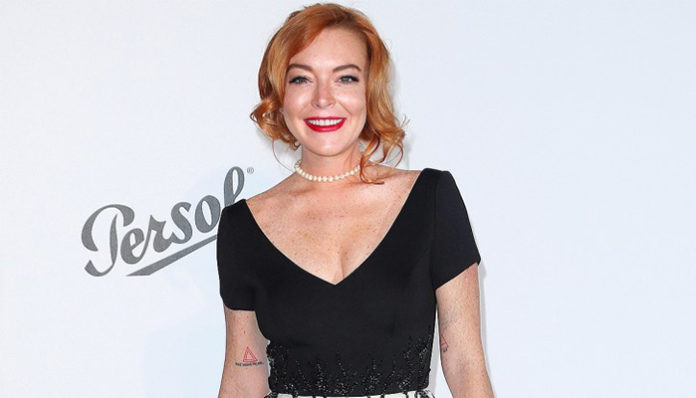 A former child model, Lindsay Lohan made her movie debut in the Disney comedy, The Parent Trap at the age of eleven. However it wasn’t until her breakout performance in Mean Girls (2004) that she rose to the top as an actress. As of 2017, she has played well over 40 different roles on both television and film.

Born on July 2, 1986 in New York City, New York, Lindsay Lohan grew up in Long Island, with her three younger siblings. Like many child stars, she got into the entertainment industry early- at the age of three, she kicked off her modelling career with Ford Models. From there, she appeared in dozens of television commercials for Abercrombie, Calvin Klein, Wendy’s, as well as Pizza Cut.

In 1996, Lohan made her official acting debut in the soap opera, Another World. Then a couple of years later, she starred in the Disney comedy film, The Parent Trap. A remake of the original 1961 movie, it featured the young actress playing duo roles of a pair of twins. Not only was it a huge success at the box office, but it also netted her unanimous praise.

Her next big role came in 2003, when she was cast as one of the stars in the comedy film, Freaky Friday. Starring alongside Jamie Lee Curtis, the two portrayed a mother and daughter pair who must live each other’s lives after magically switching bodies. Once again met with praise, her performance eventually went on to earn her an MTV Movie Award in 2004. One of her most successful films to date, it grossed $160 million worldwide.

In 2004, her popularity spiked again after she starred in the teen comedy film, Mean Girls. Directed by Mark Waters, the movie centred around social cliques at high schools and how they can have damaging effects for young girls. Another box office hit, it took in $129 million in theatres from just a $17 million budget. Hailed as one of the best teen comedies of all time by Rotten Tomatoes, Lohan’s portrayal of Cady Heron earned much applause from fans and critics.

Later returning to Disney, the actress starred in the sports comedy film, Herbie: Fully Loaded in 2005. Co-starring Michael Keaton, Justin Long, and Breckin Meyer, it featured Lohan as the youngest member of an automobile-racing family. Despite the negative reviews that it received, it had a worldwide gross of $144 million by the time it closed in theatres. Once again, it also netted her Kids Choice Award for Favourite Movie Actress.

Her next widely released motion picture, Just My Luck came out in 2006. A romantic comedy, it starred Lohan opposite of actor, Chris Pine. Unlike her previous films however, it was only a moderate success at the box office. Nonetheless, it managed to gross over $38 million in the United States.

In May of 2007, the actress was arrested of driving under the influence of alcohol, shortly after being cast in the movie, Poor Things. Although the film producers were initially supportive, she ultimately lost the role after staying at the Promises Treatment Centre rehab facility for 45 days.

Then, just two weeks later, she was once again arrested by officials- this time for charges of drug possession (e.g. cocaine), driving with a suspended license, and driving under the influence. After pleading guilty to misdemeanour, DUI, and cocaine use, Lohan was sentenced to community service, a mandatory alcohol education problem, a day in jail, as well as three years probation.

From there, the actress remained three months at the Cirque Lodge Treatment Centre for rehabilitation.

In the wake of her arrests, her popularity also seemed to take a hit- it was clear that the number of acting gigs that she had went down.

Still, she appeared as a recurring role in the TV series, Ugly Betty later in 2008 (that was her only stint that year). The next year, Lohan starred in a low budget film, Labor Pains– that was also her only acting role in 2009. Following that, she appeared in the action film, Machete (2010), alongside Danny Trejo, Steven Seagal, Jeff Fahey, and Michelle Rodriguez, among others.

Over the years, Lohan has been in many relationships. For a brief period between 2000 and 2001, she dated Aaron Carter, a fellow teen star.

Following their break up, she got together with actor Wilmer Valderrama, after which she dated Harry Morton, the heir of Hard Rock Cafe in 2006. Then while in rehab, Lohan got romantically involved with a snowboarder named Riley Giles.

Most recently as of 2016, she was engaged to Egor Tarabasov, a Russian millionaire who also happens to be the owner of a real estate agency.

As of 2017, the actress has received over 70 award nominations. So far she’s won three MTV Movie Awards, four Teen Choice Awards, a Young Hollywood Award, two TRL Awards, a Young Artist Award, among many others.

In 2014, her fashion and style also netted her a Sohu Fashion Achievement Award.

At the height of her popularity in the early to mid 2000’s, Lohan also embarked on a music career. In 2004, she released her debut album, Speak via Universal Records. A successful release, it eventually gave rise to the hit single, Rumors. Some of the other songs that it featured include Something I Never Had, To Know Your Name Very Last Moment in Time, and Over.

Number four on the Billboard Top 200, the album eventually went platinum in the United States after selling over one million copies.

Her second full length album, A Little More Personal (Raw) was released in December 2005. Although it still managed to reach the Billboard Top 200, it ultimately wasn’t as successful as her earlier title. Later certified gold by the RIAA, it has sold over 500,000 copies domestically as of 2017. 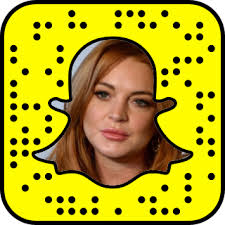 If you want to add the former child star to your Snapchat account, you can do so by clicking here.

Want to follow the actress on Facebook? You can do so by liking her official page at @LindsayLohan.

If you’re looking to stay connected with the actress, why not follow her on Twitter? You can find her tweeting away on her official account at @lindsaylohan.

Interested in seeing some photos or videos from her daily life? Now you can on Instagram! Join over 6 million others in following her over at @lindsaylohan.

Like most artists, Lindsay Lohan also has an official Youtube channel. If you want to view some of her music videos, this is the place! You can find her on the site at @lindsaylohandaily.