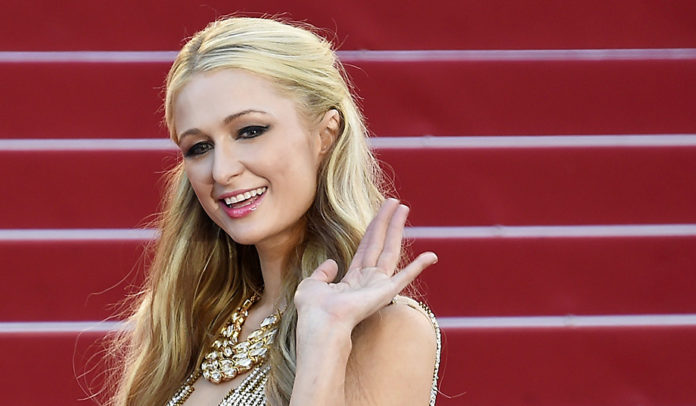 Paris Hilton is commonly thought of as a celebrity who is famous for being famous. She began as a model, but since then she become known more as a socialite and television personality. (Hilton has even dabbled in music over the years.) She was massively popular during the 2000’s, and even today she’s thought of as someone who is significant in pop culture. Paris Hilton has a lot of fans due to her influence, and she’s known to sometimes engage with those fans on social networks like Instagram, Snapchat, Twitter, and Facebook.

Paris Hilton was born in February of 1981 in New York City, New York. She was the daughter of a socialite and a businessman, and her paternal great grandfather is known for founding Hilton Hotels. Needless to say, Paris was very wealthy growing up. When she was a kid, she was able to rub elbows with other young would-be socialites, like Nicole Richie, Kim Kardashian, and Ivanka Trump. After a tumultuous attempt at high school, Paris ended up dropping out. (She would receive a GED later on.) She had modeled a little bit for charity events as a child, but by the time she was 19 she had been signed with Donald Trump’s modeling agency, which gave her a serious shot at fame. 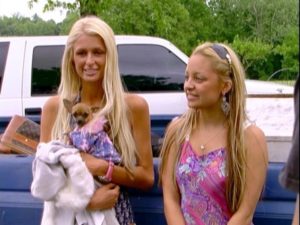 As it turns out, that shot was successful. During the early 2000’s, Paris quickly became known as one of the most popular socialites in all of New York City. Although she was well-known for her modeling for a good period of time, she didn’t really become a mainstream success until 2003 when she starred in the television show The Simple Life alongside Nicole Richie. Basically, the reality series poked fun at them both for being sheltered socialites who didn’t know a lot about manual labor. The Simple Life is where Paris Hilton would form her onscreen persona as a stereotypical “dumb blonde”. Although she was frequently the butt of the joke, her stint on television allowed her to rocket to complete stardom. Around this time, her sex tape with then-boyfriend Rick Salomon was leaked. Although something like this would cripple the career of most celebrities, Paris was able to take it in stride continue her rise to fame.

After all of that, Paris started to branch out into other fields. The Simple Life was cancelled in 2005, but Hilton wasn’t content to just sit back and do nothing. In 2005, she had a prominent role in the horror film House of Wax. Jus ta year later, she would release her debut studio album titled Paris. Although both of these things received mixed reception, they were undoubtedly more popular due to Hilton’s involvement. However, the fame wasn’t all good. Hilton’s private life was intruded upon on many occassions. In 2007, a website publicized a variety of different private information about Paris. Viewers could look at her personal documents, videos, and photographs. It was a complete intrusion of privacy, and Hilton had to take legal measures to get the website shut down. 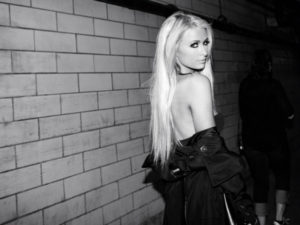 In more recent years, Paris Hilton has returned to music. Aside from occasionally appearing as a DJ, Paris has been hard at work on her upcoming sutdio album. In May of 2015, she released a single and a music video for “High Off My Love”, which featured Birdman. In early 2016, another single, “Crazy” surfaced online. There hasn’t been much activity on her end since then, but Paris is still a very active presence in entertainment and fashion as a whole. It’s also worth noting that Hilton is a gifted entrepreneur. It is estimated that she makes millions per year off of her various products, including perfumes, handbags, watches, and apartment complexes. Whether you love her or hate her, I don’t think that anyone can deny how impressive it is that Paris Hilton was able to take advantage of her upbringing to become such an international superstar. 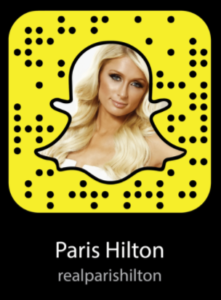 Paris Hilton is very popular, so it isn’t much of a surprise that she would have a large group on Facebook, which is probably the most popular social networking platform in the world. You can find Paris Hilton on Facebook under @ParisHiltonEntertainment. Take a look at her official, verified page by clicking the link here.

Paris Hilton is on Twitter! She has over 15 million followers, and you can join the ranks of those followers if you have a Twitter account. You can find Paris Hilton on Twitter under @parishilton. Check out the info she lets her followers know by clicking the link right here.

Since Paris Hilton is so heavily associated with fashion, I guess it’s not a shock that she is an Instagram user. You can find Paris Hilton on Instagram under the username @parishilton. Take a look at her Instagram account by clicking the link right here.

A ton of people use Kik. It’s a highly popular messaging app, and it’s even used by some celebrities. However, Paris Hilton is not one of those celebrities. If she has a Kik account, she hasn’t yet shared any details regarding that account with her fans.