Rita Ora Snapchat Name – What is Her Snapchat Username & Snapcode? 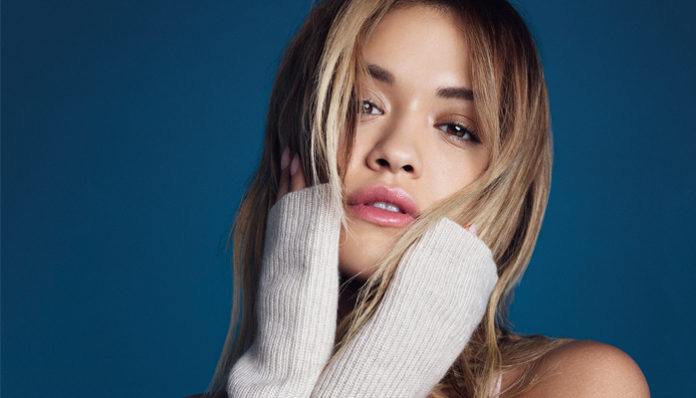 An award-winning singer, Rita Ora first came to the public’s attention after being featured in DJ Fresh’s hit song, Hot Right Now. Having started singing at a young age, she performed occasionally at her father’s pub during her teen years. Later featured as a backup vocalist for the tracks of James Morrison, and Craig David, she participated in the Eurovision Song Contest briefly, before landing a record deal with Roc Nation in 2008.

Born on November 26, 1990 in Pristina, SRF Yugoslavia, Rita Ora grew up in West London where her family had moved to when she was still a toddler. The daughter of a pub owner and psychiatrist, she has two siblings- an older sister named Elena and a younger brother named Don. Like many artists, she started to sing at an early age (according to an interview, she had listened to grime music regularly growing up). After graduating from St Matthias Primary School, she attended the Sylvia Young Theatre School in the Marble Arch area.

No stranger to the stage, Rita had been performing open mic sessions at her parent’s pub ever since she was young. Some of her initial works include serving as a backing vocalist for Craig David’s Where’s Your Love, and Awkward. Shortly afterwards, the aspiring singer decided to try her luck at the Eurovision Song Contest in 2009. Though she landed a spot in the competition, she ultimately withdrew as “she did not feel ready.” Despite this, she eventually managed to secure a recording deal with Roc Nation, becoming one of the first artists to sign with the imprint.

On March 20, 2012, Rita broke into the music scene with her debut single, How We Do (Party). Produced by The Monarch, The Runners, and Kuk Harrell, the pop song debuted at number one in the UK with over 100,000 copies in the first week. A major success, it charted in several other countries around the world including the United States where it peaked at number 62 on the Billboard Hot 100.

Though reviews from critics were generally mixed, the record was fairly well received by fans. A month after its release, an accompanying music video was uploaded onto her official Youtube channel- as of August 2017, it has been viewed over 52.1 million times. With over 400,000 sales in the UK, How We Do (Party) has also been certified gold in the United Kingdom.

From there, she eventually followed up with a second song, R.I.P. on May 6, 2012. Also taken from her debut album, the dubstep and R&B influenced track was met with a positive reception upon its release. Lauded for its composition and vocals, the single once again shot to the top of the UK Singles Chart shortly after being made available. One of the fastest selling singles of 2012, it went on to sell over 104,000 copies within just a week’s time. In the United States, R.I.P. peaked at number 28 on the Mainstream Top 40 and number 19 on the Billboard Rhythmic chart. Similar to her previous release, it has since also gone gold in the UK.

Later that summer, Rita dropped her debut studio album, Ora on August 27, 2012. A pop and R&B project that incorporates hints of dance, its production has handled by The Runners, The-Dream, Will Adams, Fraser T Smith, among others. Preceded by the earlier singles, it came with twelve tracks including Love and War (Feat. J. Cole), Fall in Love (Feat. will.i.am), Roc the Life, Facemelt, Shine Ya Light, and Radioactive.

Though most critics gave the album mixed reviews, it proved to be a smash hit having topped the UK Albums Chart with over 41,000 sales. Within a year, this figure had risen to over 350,000, earning it platinum certification from the BPI. In support of Ora, the singer also embarked on a UK Tour, where she performed twelve different shows across the country. Not only that, but Rita also made a few appearances at various British music festivals that year including the V Festival and the Wireless Festival.

Rita Ora on Television and Film

On top of that, she has been featured on television on several occasions. For instance in 2012, she appeared as a guest judge in the London auditions for season nine of The X Factor. Afterwards, Rita appeared in the TV special, Christmas in Washington (2014), after which she was invited to be one of the coaches on season four of The Voice UK (2015). Later that same year, she also served as a judge on the reality competition series, The X Factor (2015).

From what we can tell, she is currently in a relationship with Tyrone Wood, the son of Rolling Stone legend, Ronnie Wood.

Previous to this, she dated Scottish musician Calvin Harris in 2013- they eventually broke up after being together for a year. 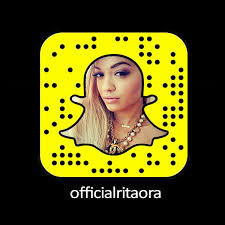 If you’d like to add the singer to your friend’s list on Snapchat, you can do so by clicking here.

Want to follow the star on Facebook? You can do so by liking her official page over at @RitaOra.

The easiest way to stay connected with Rita is probably via Twitter- you can find her on the platform over at @RitaOra.

If you want to view some of her photos or videos, you should definitely give her a follow on Instagram at @ritaora.

Feel like watching her music videos or listening to her songs?? You can view most of her MVs and more at her official Vevo Youtube Channel at @RItaOraVEVO.