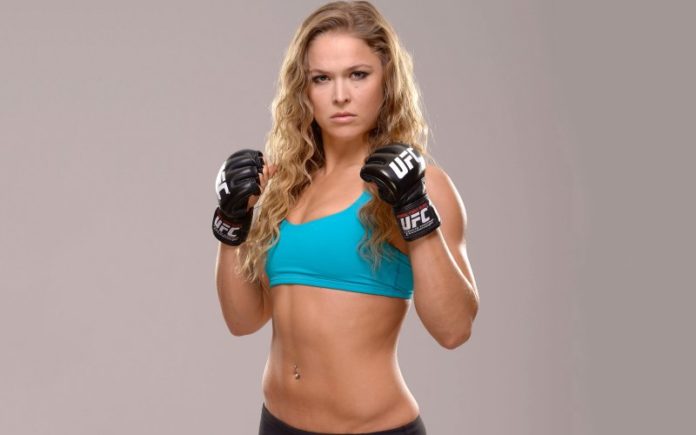 Rousey was born to an otherwise unassuming family in Riverside, California. She was named after her father, Ron Rousey. As the youngest of three sisters, she struggled with apraxia, a neurological speech sound disorder that can be attributed to her umbilical cord wrapping around her neck as she was birhted. When she was only three years old, her mother and father would move from their home in California to Jamestown, North Dakota, so Ronda could receive speech therapy at Minot State University. Ronda would later turn out to be developmentally okay, although she would eventually drop out of high school and earn her G.E.D.

Ronda Rousey’s Life Before the UFC

Ronda’s mother was a decorated judoka (one who practices Judo), and was one of the first American women to win a World Judo Championship in 1984. Being born into a prodigious family like this, Ronda would grow up wrestling and fighting with her sisters and would eventually start practicing judo at age 11, under her mother’s tutelage. At age 13, Ronda would be forced to find a new tutor, as she accidentally broke her mother’s wrist.

Ronda would rise to stardom by qualifying for the 2004 Olympic Games in Athens, Greece. She would be the youngest judoka in the entire Summer games that year, as she was only 17. That same year, she would win a gold medal at the World Junior Judo Championships, which are held annually in Hungary. She would not even place at the games, although she would continue to hone her craft.

During this time, Ronda constantly practiced Judo thanks to her mother’s connections around the country. She would practice with many renowned Judokas, and she herself has remarked, “Probably from 2002 to 2005, I cried every night of training.” She would find a temporary home with the Hayastan MMA Academy, where her teammates unanimously agreed that Ronda could tear any division up, yet she was still rather pretty enough to make an opponent not want to hurt her.

In 2006, Ronda became the first female judoka to win a high level tournament. She would

Ronda would go on to participate in the 2008 Olympic Games hosted in Beijing, China. Unfortunately, she only placed with a gold medal, but she was still young at the age of 21. However, Ronda saw fit to declare her retirement from Judo and would return to her home of California. Without judo and the financial support of her parents, she would work three jobs and split a studio in order to financially support herself.

Ronda Rousey in the UFC and Beyond

Following Ronda’s retirement from Judo, she returned to the Hayastan MMA Academy and begin her rookie mixed martial arts career. Her first victory came only 23 seconds into a match, where she won with her signature armbar. This fight took place in August of 2010. She proceeded to go 5-0 in random sporadic fight leagues, winning numerous fights by way of her infamous armbar. Most of these fights lasted less than 90 seconds. Ronda eventually built up enough hype that she was signed to MMA promotion Strikeforce, and appeared on the August 2011 fight.

In Strikeforce, she continued to dominate thanks to her deadly armbar. She would become the Strikeforce Women’s Bantamweight Champion and defend her title twice. She would vacate the title after signing with UFC in November of 2012, the very first female fighter to ever sign with the UFC. Ronda was the inaugural UFC Women’s Bantamweight Champion, and she would defend her very first title in February of 2013 against Liz Carmouche.

Ronda Rousey was eventually given the nickname “Rowdy” Ronda Rousey, a parallel with “Rowdy” Roddy Piper. A self-proclaimed lifelong wrestling fan, Ronda felt that it would be disrespectful to Roddy Piper; however, Roddy personally approved her use of the moniker. Ronda would defend her title for seven straight fights, although she would finally lose it against Holly Holm in November of 2015 at UFC 193. She would step away from the sport for more than a year before returning at UFC 207 in December 2016. Unfortunately, she would lose the fight against Amanda Nunes in only 48 seconds, and since then, there has been no definitive answer if she will return to the UFC or not. 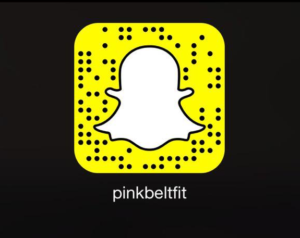 Facebook: Ronda Rousey’s Facebook can be found at https://www.facebook.com/ronda.cips where videos of her training sessions are posted, as well as numerous statuses about her personal and professional life.